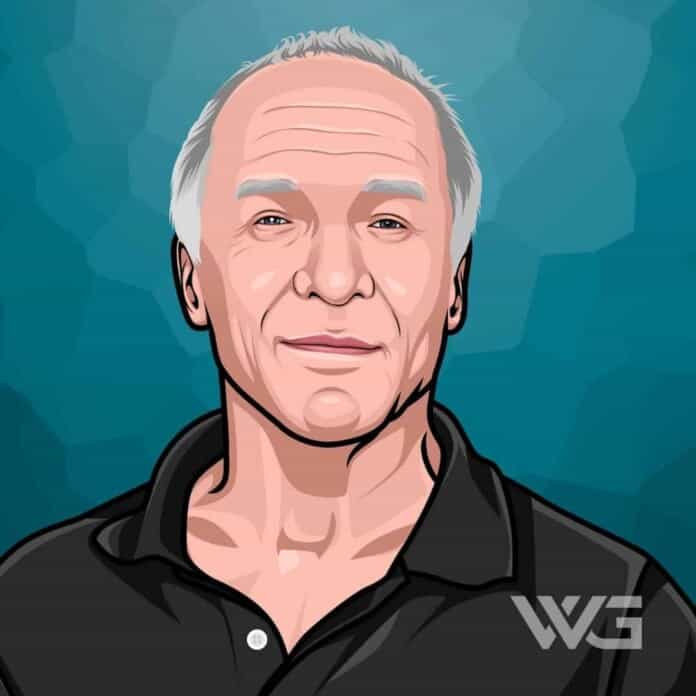 What is Jackie Martling’s net worth?

Jackie Martling is an American stand-up comedian, writer, and author.

Martling is best known as a former writer and comedian for ‘The Howard Stern Show’ from 1983 to 2001. Martling started his career in stand-up comedy in 1979.

He self-produced his first of three comedy albums during this time, including ‘What Did you Expect.’ After becoming involved with Rick Dees’s radio show, he sent his albums to Howard Stern.

Martling is the eldest of four children, and he is of English, French, and Dutch ancestry. He started to have an interest in music in 7th grade.

During his college years, he was the singer and guitarist in a band. He quit the group and spent six months in Colorado working in construction.

In 1985, Martling was subsequently hired as a writer on ‘The Howard Stern Show’ when it moved to the morning slot in 1986.

From 1997 to 1998, he was absent from the show for six weeks while his contract with the WXRK owner was renegotiated.

In 2001, Stern announced Martling’s departure from the show after negotiations fell through once more.

A two-day special on Martling time on the show named ‘Stern Spotlight: Jackie Martling’ which aired in May 2007.

How Does Jackie Martling Spend His Money?

Jackie Martling is probably best known for starring on ‘The Howard Stern’ show. Since then, he has gained a massive net worth.

Martling owns a home in Bayville, New York. He purchased the home in 2000 for $825 thousand.

Here are some of the best highlights of Jackie Martling career:

“I have a few kids’ joke gadgets that are really fun, and they help kids fall in with other kids big time. They’re ice-breakers. And anything that gets kids moving socially, especially autistic kids, is invaluable. They’re very simple machines that play very simple jokes when you push the nose, and kids love them.” – Jackie Martling

“In August 1982, I was working at Garvin’s in Washington D.C., and the owner said to me. There’s a guy who used to broadcast his DC-101 radio show from the club in his underwear. He just got fired but got hired by WNBC-AM in New York City. His name is Howard Stern, and you should look him up. You guys are like peas in a pod.” – Jackie Martling

“In 1976, I went in to see Audition Night at Catch A Rising Star, and at one point, the auditioner bailed out early, and the MC wasn’t in the room, so I jumped on stage and told a joke, one that I was sure the entire world knew. The MC, David Sayh, came back in the room and saw me up there but let me finish.” – Jackie Martling

“I’ve always told jokes, often to the dismay of all the bands I was ever in. At some point in the mid-seventies, in addition to playing in our three-person group The Off Hour Rockers, I started playing solo gigs, me and my guitar, my songs and my jokes.” – Jackie Martling

Now that you know all about Jackie Martling’s net worth and how he achieved success; let’s take a look at some of the lessons we can learn from him:

1. There Are No Mistakes

If you learn from everything that happens to you, you will discover that there is no such thing as mistakes, only lessons to be learned.

Forgiveness is a gift you give to yourself, to be at peace, to be happy, and to be able to sleep at night.

What you focus on expands and what you resist. Not only does it persist, but it also grows in size.

How much is Jackie Martling worth?

Jackie Martling’s net worth is estimated to be $5 Million.

How old is Jackie Martling?

How tall is Jackie Martling?

Jackie Martling is an American comedian, comedy writer, and radio personality known as “Jackie the Joke Man.” He is best known for his work on “The Howard Stern Show.”

After joining the show in 1983, he contributed to the program as a writer and a comedian. He left ‘The Howard Stern Show’ in 2001.

What do you think about Jackie Martling’s net worth? Leave a comment below.