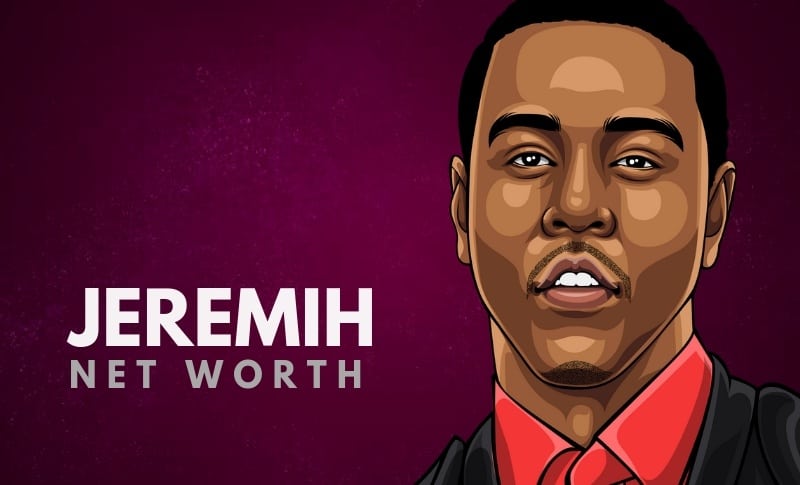 What is Jeremih’s net worth?

Jeremih Felton is an American singer, record producer, and songwriter from Chicago. Felton initially gained recognition when he signed a record deal with Def Jam Recordings in 2009, which happened to be a big breakthrough for him.

His commercial debut single ‘Birthday Sex’ peaked at No.4 on the Billboard Chart 100.

As of 2022, Jeremih’s net worth is estimated to be roughly $2 million.

Jeremih Felton was born in Chicago, Illinois on the 17th of July, 1987. Felton was born into a musical family where he began playing instruments in an early age. He attended Morgan Park High School where he was a part of a marching band.

In 2009 he released his debut single ‘Birthday Sex’ which later peaked at No. 4 on the Billboard 100 list. Jeremih pursued singing from there.

Jeremih began his career in 2009 when released his first single that debuted on Billboard’s Hot R&B/Hip-Hop chart. Thanks to the debut success he later released ‘Jeremih’ which debuted at number six on the Billboard 200.

He released his third album a few years later where he dropped the song ‘Don’t Tell Em’ which was produced by Schultz and DJ Mustard. ‘Late Nights: The Album’ later arrived in 2015 with guest spots from J.Cole, Big Sean, Future and Ty Dolla Sign among others.

He and his fellow friend and rapper Chance the Rapper closed out 2016 with a collaborative mixtape called Merry Christmas Lil’ Mama.

In 2017, Jeremih released ‘I Think of You’ which was the lead single from his fifth album. The same year he collaborated with many stars including Wiz Khalifa and Tinashe.

In early 2018 a quartet of new solo tracks came which Jeremih bundled into his next album ‘The Chocolate Box EP.’

Here are some of the best highlights from Jeremih’s career:

“Hey, there’s no we without you and I. This is the impresario approach, where you front like you’re bigger and richer than you are. Not a bad strategy here, but make sure you have something in mind if you’re promising to “go anywhere.” – Jeremih

“Said if you leave with me tonight. I won’t judge you, no, no Blame it on the drank, baby. Of course, liquor is always a way to downplay the awkwardness of app-dating. “Drank” embraces the social lubricant, coming right out and making it a factor.” – Jeremih

“If it came down to it, I wish people heard different records from me that I know to give you a soul R&B sound of music that I know is really my gift, gift. But the ones that usually go are the records that radio, the fans, and the clubs really love the most.” – Jeremih

“Chicago, we always had it. People just shied away because it’s nothing businesswise from the industry. Everybody from Chi will go to N.Y.C. or L.A. – R. Kelly to Kanye to even Twista. Everybody is great from there, but it’s nothing downtown.” – Jeremih

“It messes me up sometimes when I go on stage and people say my name wrong. Say my name wrong with all these different syllables. I’ve heard everything. My name is as easy as 1-2-3. Jer-eh-meh, syllable-wise.” – Jeremih

“I can put you in the Mile High Club, what’s up? Let’s take a trip. Have you ever read The World Is Yours on a blimp? Tell her to be free, baby spread your wings got your legs in the sky like a plane, let me guide that, I’m the pilot. Can’t nobody see you, 30 thousand feet on your knees in them Prada’s, makin’ freaky shit come up out here?” – Jeremih

View our larger collection of the best Jeremih quotes!

Jeremih has sold millions of copies worldwide and worked with some of the best artists and rappers in the world.

His debut single ‘Birthday Sex’ has peaked the Billboard charts and has been famous all over the world.

Jeremih has worked with rappers such as Ty Dolla Sign, The Game, J.Cole, Miguel, and Future.

What do you think about Jeremih’s net worth? Leave a comment below.