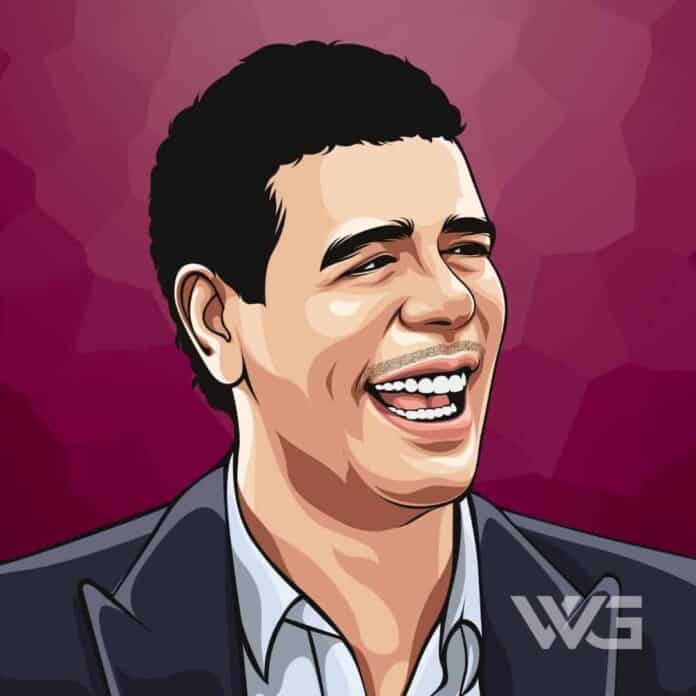 What is Chris Kamara’s net worth?

Christopher “Chris” Kamara is an English former professional footballer and football manager who now works as a presenter and football analyst at Sky Sports. He joined the Royal Navy at the age of 16, before being signed up to Portsmouth in November 1974.

Christopher Kamara was born on the 25th of December, 1957,  in Middlesbrough, North Riding of Yorkshire.

Through his father, he was eligible to play for Sierra Leone and was called up to play in the 1994 African Cup of Nations, though he declined the offer.

His father was a heavy gambler, leaving his mother Irene to sometimes plead for money from neighbours in order to provide food for Chris and his brother George and sister Maria.

Kamara’s football career started when he was spotted playing for the Navy by Portsmouth manager Ian St John, who signed him on apprentice wages in November 1974 after agreeing to pay the Navy a £200 buy-out fee.

He made his first-team debut in August 1975 in a 2–0 defeat by Luton Town, winning his chance after Mick Mellows was struck down with a knee injury. The next match he scored his first senior goal in a 4–1 loss to Bolton Wanderers after being set up by Bobby McGuinness.

Chris went on to play regular football at Fratton Park in the 1975–76 season as “Pompey” were relegated out of the Second Division in the last place.

He was re-signed to Portsmouth by Frank Burrows, who had previously coached Kamara at Swindon. However, in October 1981 he was again transferred after Brentford manager Fred Callaghan agreed to a swap deal with David Crown going the other way.

In 1992, Kamara returned to the Premier League after joining Dave Bassett’s Sheffield United on loan. Despite failing to nail down a regular first-team place in the 1992–93 season he made the move from Kenilworth Road to Bramall Lane permanent.

Here are some of the best highlights of Chris Kamara’s career:

“The calls keep coming but at the moment there is nothing that really tempts me, … I was tempted when Fulham offered me the director of football last year.” – Chris Kamara

“Playing for Howard Wilkinson at Leeds helped me hugely with that. I became a real student of the game under Howard, who was the first manager to explain to me what I was doing wrong rather than just scream at me.” – Chris Kamara

“I’d carry on doing what I’m doing. I absolutely love my job. It’s amazing. You know, the football side of it and now the entertainment side of it. It couldn’t possibly get any better. So yeah, I’d keep working for as long as they’d have me, and then go and enjoy me multimillions after that.” – Chris Kamara

“I would probably say when I was around 15; 15 to 17. My hair was shocking. It was really just a massive frizzy afro. I had a broken front tooth from when I came off my bike as a kid, and I look back at those pictures and I think, ‘argh!'”– Chris Kamara

Now that you know all about Chris Kamara’s net worth, and how he achieved success; let’s take a look at some of the best lessons we can learn from him:

1. You Can’t Do Everything in Life

Those things you did, and the things you’re doing now, you might not have done them if you’d done those other things, anyway.

2. Let Go of What You Think Life Should Be Like

The expectation is a fool’s guide to life.

3. Allow Yourself to Accept Change

Allow yourself you grow and change. If you don’t, you will always rue the past and fear the future.

How much is Chris Kamara worth?

Chris Kamara’s net worth is estimated to be $20 Million.

How old is Chris Kamara?

How tall is Chris Kamara?

Chris Kamara is an English former professional soccer player and soccer manager who spent his youth career playing for Royal Navy. Kamara made his senior career debut playing for Portsmouth from 1974 to 1977.

He transitioned to television where he has been a co-presenter for the TV series Goals on Sunday since 2000.

What do you think about Chris Kamara’s net worth? Leave a comment below.