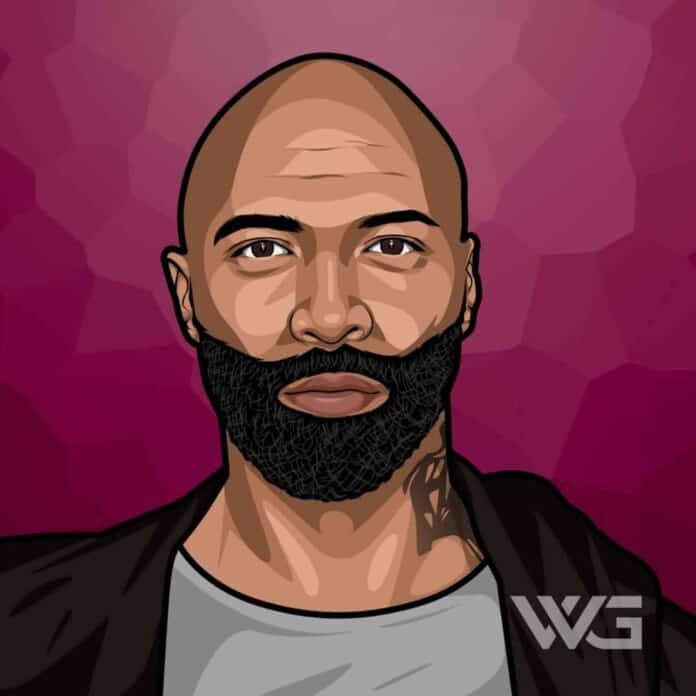 What is Joe Budden’s net worth?

Joe Budden is a famous rapper, and he is also a member of the hip-hop group ‘Slaughterhouse.’ He has also gained a lot of attention and found success as a solo artist after releasing five albums since the beginning of his career.

He has also worked on several other mixtapes, singles, and has collaborated with other musicians as a featured artist in their music.

As a child, he had little to no interest in school, and as a result, he dropped out at a young age.

He Immediately started abusing drugs, and in 1997 was sent to rehab by his mother who was concerned for his well-being.

Since 2016 he has been in a relationship with Cyn Santana; he has one child with her as well as a son from a previous relationship. A warrant was issued towards Budden in 2010 because he was supposedly not paying for child support.

He has also released a number of solo albums as well as collaboration albums including ‘No Love Lost’, ‘All Love Lost’, ‘Halfway House’, ‘Rage and The Machine’, ‘Escape Route’, ‘Padded Room’, ‘Slaughterhouse’, and many more.

Budden has collaborated with several other artists on their own mixtapes, some of these artists being Cutmaster C, DJ Clue, and DJ Kayslay.

Some of the most notable singles that he has released include ‘Pump It Up’, ‘In My Sleep’, ‘Fire’, ‘Start Inside of Me’, and ‘She Don’t Put it Down’. He has also appeared in the television series ‘Love and Hip-Hop: New York’ and in three documentaries.

Here are some of the best highlights of Joe Budden’s career:

“Whatever you goin’ through, could always be much worse, don’t make a mistake, mistakin’ your blessings for a curse.” – Joe Budden

“Success to me is self-determined, the life I live today, to come from a kid strung out on angel dust, homeless, at some points sleeping in the street. No money, not knowing where the next meal was coming from. No sex, no relationships, people that didn’t love me, didn’t care about me, to where I am today… that’s successful. When I signed my record deal, I always wanted to be respected by my peers for my ability and my skill level.” – Joe Budden

3 Rules for Success from Joe Budden

Now you know all about Joe Budden’s net worth, and how he achieved success; let’s take a look at some of the success lessons we can learn from him:

1. You’ll never know until you try

Many times people shy away from doing things because they feel like they’ll fail or not get the results they were expecting. But the only way to truly know whether or not it was worth taking a chance is to try and make that effort towards building your success.

2. You make your own success

No matter what your circumstances are or what you think you do or don’t have, you make your own success by working hard. Nothing is going to be handed to you, and the sooner you start working towards your goals on your own, the sooner you’ll reach them.

Sometimes it’s easy to ignore the good things we have in our lives because we focus on all of the bad things around us. But we should always be grateful for what we have; because it could still be worse and be careful not to mistake “your blessings for a curse.”

How much is Joe Budden worth?

Joe Budden’s net worth is estimated to be $6 Million.

How old is Joe Budden?

How tall is Joe Budden?

Joe Budden is to this day one of the most popular rappers in America. He has had the opportunity to not only launch his solo career but also work with some of the biggest names in the music industry.

There is no doubt that he will continue to earn more money in the years to come as he continues to make music.

What do you think about Joe Budden’s net worth? Leave a comment below.