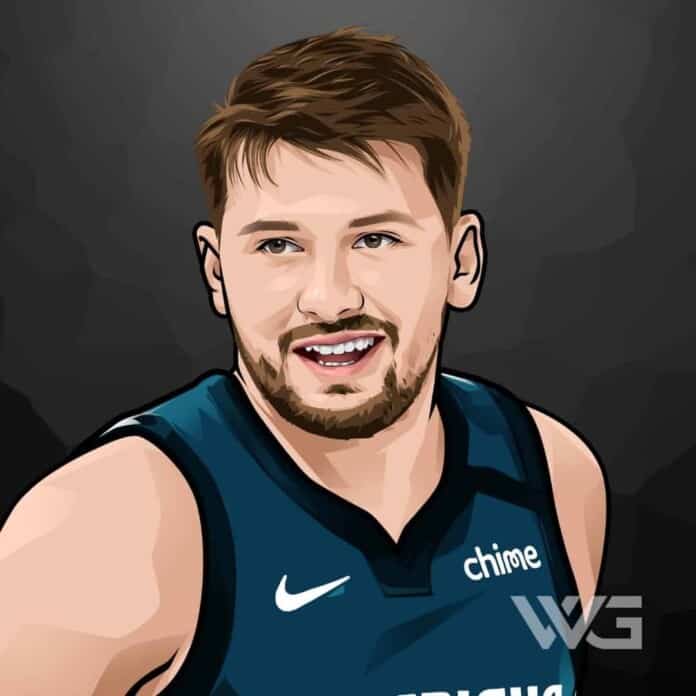 What is Luka Doncic’s net worth?

He plays for the Dallas Mavericks of the NBA and the Slovenian national team. Born in Ljubljana, Doncic shone as a youth player for Union Olimpija before joining the youth academy of the Spanish club, Real Madrid.

Luka Doncic was born on the 28th of February, 1999, in Ljubljana, Slovenia.

In April 2012, he won the MVP in the Under-13 Lido di Roma Tournament after scoring 54 points, grabbing 11 rebounds, and dishing 10 assists in the final against Lazio’s youth team.

In September 2012, at 13 years of age, he signed a 5-year contract with Real Madrid. He touched his first basketball when he was seven months old.

He played many different sports in his childhood, such as football which he quit after being too tall. Growing up, he admired Greek basketball player Vassilis Spanoulis, and he wore the number 7 at Real Madrid in honor of Spanoulis.

He was set to play at the Division B tournament of the 2014 FIBA Europe Under-16 Championship but was forced to withdraw from the tournament with a knee injury.

The following year, Doncic became the youngest player to debut with Real Madrid in the Liga ACB (the top-tier Spanish League), at the age of 16 years, 2 months, and 2 days.

Doncic was set to play at the 2014 FIBA Europe Under-16 Championship’s second level B tournament, with Slovenia’s Under-16 junior national team. Still, he had to withdraw from the tournament due to an injury.

In 2016, Dončić announced that he would represent the senior men’s Slovenian national team for the rest of his career. In 2021, he matched his then career-high 42 points while putting up 11 assists and seven rebounds in a 134–132 win over the Golden State Warriors.

How Does Luka Doncic Spend His Money?

Doncic spends some of his money on his amazing real estate in Dallas.

Here are some of the best highlights of Luka Doncic’s career:

“CSKA is a great team with so many good players, and we will need to produce a perfect game to beat them. I expect Belgrade fans to support me at the Final Four.” – Luka Doncic

“Don’t know if these are my last two games in Europe. I am still weighing my options, and I will make that decision at the end of the season.” – Luka Doncic

“It has been a dream year. To win almost all the titles this year is special. Now, this summer, I have a few days to rest and to think about what I’ve been through. Although I am not one to think about the past or to talk to myself. I hope I can repeat a year like that sometime.” – Luka Doncic

“The first is to think about the team. I would like us to play in the playoffs. Individually, I would like to play well and achieve the things that the trainers ask of me. But I insist I will be there for what the team asks of me. That is the most important.” – Luka Doncic

“It’s fantastic to have a player like Dirk as a teammate. I spoke with him, but he still hasn’t made any jokes…we will see him in September (laughs). It’s incredible to have him as a mentor!” – Luka Doncic

Now that you know all about Luka Doncic’s net worth and how he achieved success; let’s take a look at some of the strongest lessons we can learn from him:

Do the best you can. No one can do more than that.

Do what you can, with what you have, where you are.

It’s never too late to be what you might’ve been.

How much is Luka Doncic worth?

Luka Doncic’s net worth is estimated to be $25 Million.

How old is Luka Doncic?

How tall is Luka Doncic?

Luka Doncic is a Slovenian professional basketball player who played for Union Olimpija as a youth and is the son of former basketball player Sasa Doncic. Doncic was drafted #3 overall by the Atlanta Hawks in the 2018 NBA Draft.

He was traded to the Dallas Mavericks, where he began playing in 2018 and was selected as an All-Star.

What do you think about Luka Doncic’s net worth? Leave a comment below.