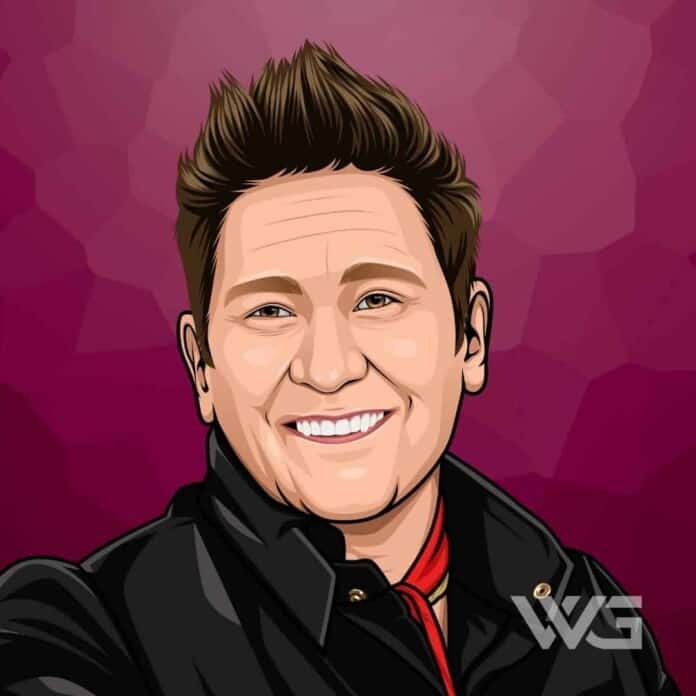 What is KD Lang’s net worth?

KD Lang is a Canadian singer and songwriter.

Throughout her career, Lang has won Juno Awards and Grammy Awards for her musical performances. Some of her hit songs include ‘Constant Craving’ and ‘Miss Chatelaine’.

She has contributed songs to many movie soundtracks and has worked with musicians such as Tony Bennett, Elton John, and Jane Siberry.

Kathryn Dawn Lang was born on the 2nd of November, 1961, in Edmonton, Alberta.

Lang is the daughter of Audrey Bebee and Adam Frederick Lang. She is of English, Irish, German and Scottish ancestry. When she was 9 months old, her family moved to Alberta, where she grew up with her siblings.

She attended Red Deer College, where she became interested in the life and music of Patsy Cline. In 1982, she moved to Edmonton to pursue a career as a professional singer.

After she finished college, Lang formed a band called Reclines in 1983. She dropped her debut album, ‘Friday Dance Promenade’ the following year.

Her next album, ‘A Truly Western Experience’ was also released in 1984 when she won her first Juno Award.

In 1988, Lang dropped her next album ‘Shadowland’ which was named the “Album of the Year” by the Canadian Country Music Association. The same year, she appeared on the ‘Austin City Limits’.

The following year, she sang a duet ‘Crying’ and another duet with Dwight Yoakam titled ‘Sin City’.

In 1997, she did a cover for the film ‘Midnight in the Garden of Good and Evil’. She dropped the album ‘Drag’ which was based on smoking themes in 1997.

Two years later, she starred in the film ‘Eye of the Beholder’ alongside Ewan McGregor. Her next album ‘Hymns of the 49th parallel’ in 2004. She worked with Tony Bennet for the Album ‘A Wonderful World’ in 2003.

The following year, she sang ‘Little Patch of Heaven’ for the film ‘Home on the Range’. Lang sang a duet ‘You’re a Mean One, Mr. Grinch’ for ‘Glee: The Music, The Christmas album’ in 2010.

How Does KD Lang Spend Her Money?

Here are some of the best highlights of KD Lang’s career:

“As a songwriter, you have an umbilical cord to the song and it’s hard to expand on your understanding of the lyrics. Whereas when you cover a song you can create your own reason why you’re attached to it.” – K. D. Lang

“Country music was a part of my life. Now it isn’t. We had a good relationship, really, but we wanted each other at arm’s length. The people in Nashville didn’t want to be responsible for my looks or my actions. But they sure did like the listeners I brought.” – K. D. Lang

“I like the music. I don’t like the business. Get very tired of the travel and moving, constantly moving. But the hour-and-a-half that I’m making music, I’m one of the happiest people on earth.” – K. D. Lang

“I think I don’t swing as hard as I used to sing. I used to kind of hit the accelerator a lot back in my youth, but now it’s just being able to control it, and not work it so hard and use more of an emotional or subtextual kind of approach to singing.” – K. D. Lang

“I started singing when I was five. I grew up the youngest of four kids who all studied classical piano, so you could say I’ve been listening to music ever since the moment of conception.” – K. D. Lang

“I think I have allowed my voice to experiment with the different genres. And I think that I have just really enjoyed the journey of getting to know my voice and seeing what it’s capable of, what it’s not capable of.” – K. D. Lang

Now that you know all about KD Lang’s net worth and how she achieved success; let’s take a look at some of the best lessons we can learn from her:

If you knew how meat was made, you’d probably lose your lunch.

Heartache is very fertile ground for song-making but so is happiness, so is absolute bliss.

How much is KD Lang worth?

KD Lang’s net worth is estimated to be $20 Million.

How old is KD Lang?

How tall is KD Lang?

KD Lang is a Canadian singer, songwriter, and actor. Lang became famous in Canada at first by singing songs of different genres such as pop, jazz, and country.

She has won many awards throughout her career. Lang is a human rights, animal rights, and gay rights activist. In 1988, she performed at the closing ceremony of the 1988 Winter Olympics. She sang ‘Hallelujah’ which was composed by Leonard Cohen.

What do you think about KD Lang’s net worth? Leave a comment below.