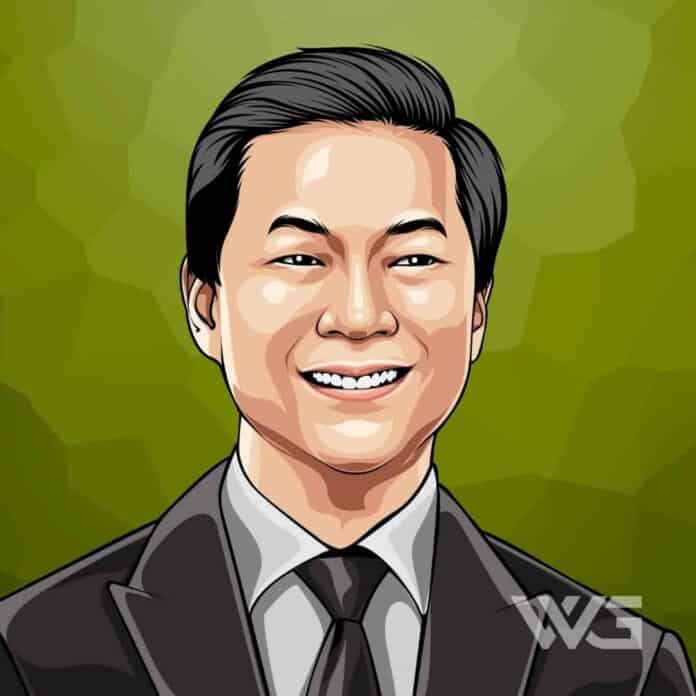 What is Ken Jeong’s net worth?

As of January 2023, Ken Jeong’s net worth is approximately $14 Million.

Ken Jeong is an American comedian, actor, and physician from Detroit.

Jeong is best known for playing Ben Chang on the sitcom Community and the gangster Leslie Chow in The Hangover film series. He was the lead in the ABC sitcom ‘Dr. Ken’, in which he was also the creator, writer, and executive producer.

Ken Jeong was born on the 13th of July, 1969, in Detroit. Soon after Ken was born, the family moved to North Carolina, where his father got a job as a professor in a university. Ken grew up with two older twin sisters in the house.

The family-focused very hard on their children’s academics. As a result, Ken grew up to be an exceptional student. He said in later interviews that his father was a serious man, but had a great sense of humor which he inherited.

Ken started working at the Ochsner Medical Center at New Orleans via internal medicine residency. Side by side, he developed his stand-up comedy routines. He then moved to California and got himself a license to practice medicine in California.

He made his acting debut with a guest role in the crime drama series ‘The Big Easy’ in 1997. It was followed by many other roles in the series’ such as ‘The Downer Channel’, ‘Girls Behaving Badly’, ‘Significant Others’ and ‘Crossing Jordan’.

His appearance in the hit sitcom ‘Two and a Half Men’ and the series ‘Entourage’ brought him some additional fame.

In 2007, he made his film debut with the film ‘Knocked Up’, directed by Jude Apatow.

As Ken’s acting career further elevated, he appeared playing supporting roles in the series’ such as ‘Bob’s Burgers’, ‘Sullivan & Son’, ‘Maron’, ‘Turbo Fast’ and ‘Hot in Cleveland’. He also did voice roles for films such as ‘Despicable Me 2’, ‘Turbo’ and ‘Birds of Paradise’.

Of course, who can forget his role as Chow, in the hit film trilogy “The Hangover”? Jeong starred in all three films alongside the likes of Bradley Cooper, Zach Galifianakis, and Ed Helms.

Ken and actor Jamie Foxx have developed certain affection towards each other. There is a pact between the two, which says that they both will star in the films written or produced by each other.

Here are some of the best highlights of Ken Jeong’s career:

“There’s really no substitute for working hard. I think that’s my biggest talent. There are always people who are funnier and more talented than I am, but I don’t take anything for granted and I commit myself 100% to each of my roles.” – Ken Jeong

“It was such an amazing feeling to be on that movie set. And for the first scene, I ever did in any movie, I improvised for about 10 minutes, and then there’s applause by the crew, you know what I mean? I haven’t had that before or since. It was just such an amazing moment.” – Ken Jeong

Now that you know all about Ken Jeong’s net worth, and how she achieved success; let’s take a look at some of the lessons we can learn from him:

1. Move Out of Your Comfort Zone

Oftentimes, the most uncomfortable or painful experience that you’ll go through helps you grow as a person.

2. Waiting For Others Validation Takes Away Your Personal Power

If you constantly depend on other people’s approval and opinions about your decisions and actions, you will never find where your true strengths lie.

3. Confidence is Not Being Well-Dressed But Expressing Who You Truly Are

There is no price tag on confidence. The only way to have it is to unapologetically be you.

How much is Ken Jeong worth?

Ken Jeong’s net worth is estimated to be $14 Million.

How old is Ken Jeong?

How tall is Ken Jeong?

Ken Jeong is a Korean-American actor best known to play the quirky role of Leslie Chow in ‘The Hangover’ film series. As an actor, he has appeared in films such as ‘Pineapple Express’ and ‘Zookeeper’. His television roles have also contributed to his growing fame over the years.

What do you think about Ken Jeong’s net worth? Leave a comment below.

Mike Weir is a professional golfer currently playing on the PGA Tour of Champions, and he has earned millions since turning professional in the 90s.