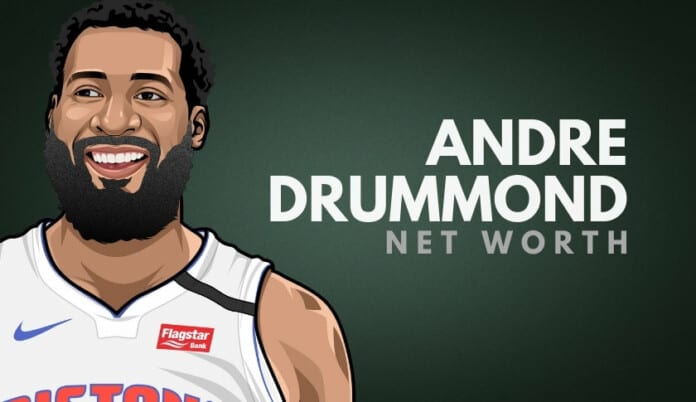 What is Andre Drummond’s net worth?

Drummond plays for the Detroit Pistons of the NBA. Drummond was selected by the Pistons in the first round of the 2012 NBA draft with the ninth overall pick.

A two-time NBA All-Star, he has led the league in rebounding three times and also been named to the All-NBA Third Team.

Andre Jamal Drummond was born on the 10th of August, 1993, in Mount Vernon, New York.

In 2010, he was a part of the United States team that won the gold medal at the 2010 FIBA Under-17 World Championship.

He was then declared available for the 2012 NBA draft in April 2012. He was selected by the Detroit Pistons. The following year, he was named to NBA’s All-Rookie Second Team.

In 2016, the American basketball star re-signed a five-year contract with the Pistons for $130 million. On November 19, 2016, he scored 20 points and 17 rebounds against the Boston Celtics, thereby reaching 4,000 career rebounds.

Aged just 23 years and 101 days on achieving this record, he became the second-youngest player to reach the milestone.

During the 2017-18 season, Drummond recorded 24 rebounds, 30 points, six blocked shots, three steals, and four assists in a 98–95 overtime defeat to the Utah Jazz.

Here are some of the best highlights of Andre Drummond’s career:

“That’s the way he plays. There are no hard feelings. It’s like playing with your best friend. You can talk if you want. It doesn’t mean you mean it.” – Andre Drummond

“Well, you know for me, I don’t really get into that stuff. That’s more front office deals and what they take care of. My job is to just focus on basketball, and you know, I don’t really get a chance to really pick and choose who I play with. So I’m just excited to play with the guys who I have now, and I’m very content with the players that I have too.” – Andre Drummond

“Definitely Nate Nixen. He’s one of them that I really enjoy listening to. He has a lot of great stuff. I’d go with Rico Will, Peezy, my uncle Trick Trick. Snap Dogg is one of my favorite rappers out here, too.” – Andre Drummond

“Yeah. Slowly but surely, I’ve been putting stuff on my SoundCloud page. I don’t want to put too much stuff out yet. Obviously, I still play basketball. So I don’t want people to get it twisted and think that I’m more focused on music than I am on basketball.” – Andre Drummond

“It’s every kid’s dream to play with the best player in the world. … This is an incredible time in my career to play with LeBron James instead of against him … Hopefully, things go the right way, and we’ll try to run it back again.” – Andre Drummond

“Yeah, just how tough he was. He played strong and hard every night, and I would not want to play against him during his prime. He was elbowing people in their chest. He’s not about to violate me, bro. I’m gonna fight. We gotta fight, bro. He was disrespectful, and he dumped on people.” – Andre Drummond

Now that you know all about Andre Drummond’s net worth and how he achieved success; let’s take a look at some of the lessons we can learn from him:

1. You’re Stronger Than You Think

You’re so much stronger than your excuses.

Don’t compare yourself to others. Be like the sun and the moon and shine when it’s your time.

Don’t tell everyone your plans, instead show them your results.

How much is Andre Drummond worth?

Andre Drummond’s net worth is estimated to be $40 Million.

How old is Andre Drummond?

How tall is Andre Drummond?

Andre Drummond is a well-known American basketball player who was named an NBA All-Star in 2016.

Over the years, he has evolved as one of the best basketball stars in the nation. Drummond has been among the league leaders in rebounding.

What do you think about Andre Drummond’s net worth? Leave a comment below.