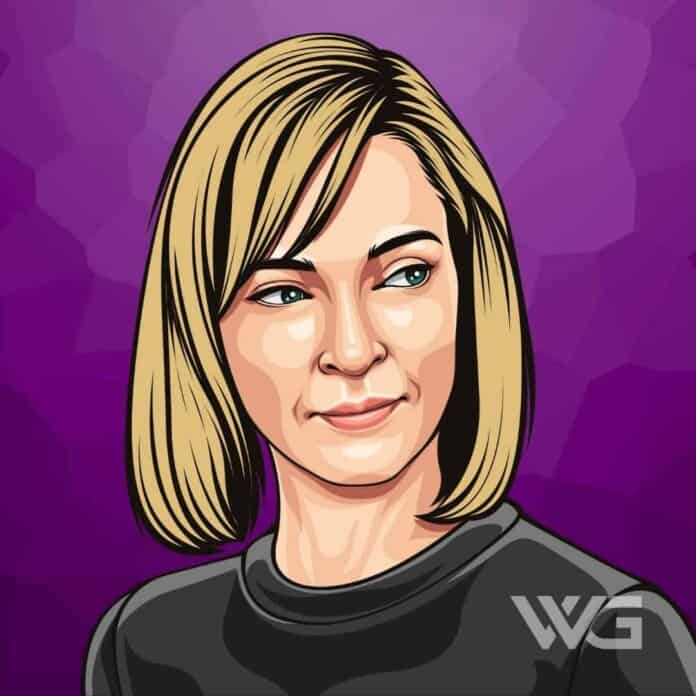 What is Uma Thurman’s net worth?

As of December 2022, Uma Thurman’s net worth is estimated to be roughly‎ $45 Million.

Uma Thurman is an American actress and model from Boston.

She has performed in a variety of films, ranging from romantic comedies and dramas to science fiction and action movies. She rose to international prominence with her performance in Quentin Tarantino‘s 1994 film ‘Pulp Fiction’.

She attended a Northfield Mount Hermon School, a preparatory school in Massachusetts. However, she dropped out when she was 15 to pursue an acting career.

Thurman began modeling when she was just 15; she has appeared on the covers of ‘Glamour’ and ‘Vogue’. Thurman began getting small roles in movies by the late 1980s.

She played the character of Cecile de Volanges in the 1988 historical drama ‘Dangerous Liaisons’. The movie was critically acclaimed and nominated for several Academy Awards.

Thurman was cast as the main star, Sissy, in the 1994 movie ‘Even Cowgirls Get the Blues’ which was based on a novel of the same name by Tom Robbins.

The movie was, however, a critical as well as a commercial failure. She found her big break when she was selected to play Mia Wallace in the dark comedy ‘Pulp Fiction’ in 1994.

Over the 1990s she starred in several movies like ‘Beautiful Girls’, ‘The Avengers’, and ‘Sweet and Lowdown’. She had a baby in 1998 and took a four-year break from major film roles to focus on her family. S

In 2008, she appeared along with Jeffrey Dean Morgan, Colin Firth and Sam Shepard in the romantic comedy ‘The Accidental Husband’. The movie was a big box office success.

Here are some of the best highlights of Uma Thurman’s career:

“For a writer, they say write what you know. As a performer, you find it in yourself, in your heart. You relate to the character. You try to live it, try to have it be real for you.” – Uma Thurman

“It’s hard sometimes if you think a character should look a certain way and you’re being pushed to do it differently. I’ve had fights over that. That’s why it’s so important that you work with good people.” – Uma Thurman

“I spent the first fourteen years of my life convinced that my looks were hideous. Adolescence is painful for everyone, I know, but mine was plain weird.” – Uma Thurman

“Buddhism has had a major effect on who I am and how I think about the world. What I have learned is that I like all religions, but only parts of them.” – Uma Thurman

Now that you know all about Uma Thurman’s net worth, and how she achieved success; let’s take a look at some of the best lessons we can learn from her:

1. You Will Not Remember Everything

At the end of your life, you’re not going to remember every detail of it.

What you’ll mostly remember are moments that stood out for you. These moments could be of any stage in life. They could be as simple as the time your family went to the park when you were a child or something bigger such as your wedding day.

If you want to have lots of things to ponder and remember, create memorable moments. Are you more likely to think about the days you sat around watching TV or the days you actually went out and did something?

Engage in things that make you laugh or at least puts a smile on your face. Spend more time with those you love. Pursue your dreams because even the failures can be moments you’ll treasure.

How much is Uma Thurman worth?

Uma Thurman’s net worth is estimated to be $45 Million.

How old is Uma Thurman?

How tall is Uma Thurman?

Uma Thurman is an American actress who rose to fame with her portrayal of Mia Wallace in the dark comedy movie ‘Pulp Fiction’ which made the talented actress one of Hollywood’s A-list stars.

As of December 2022, Uma Thurman’s net worth is estimated to be roughly $45 Million.

What do you think about Uma Thurman’s net worth? Leave a comment below.

Find out how legendary guitarist Angus Young earned his net worth through his performances with the best-selling rock band AC/DC.