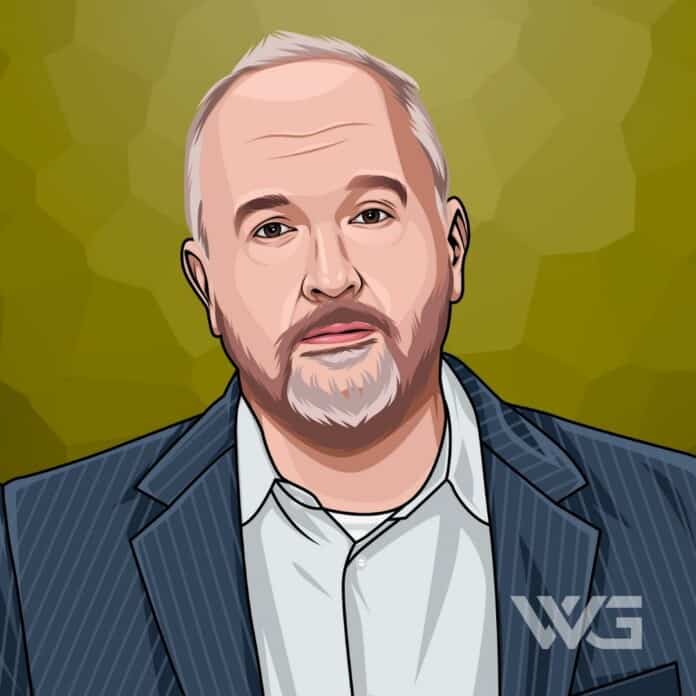 What is Louis C.K.’s net worth?

Louis C.K. is an American comedian, writer, actor, and filmmaker who has won several awards throughout his career such as one Peabody Award, and six Primetime Emmy Awards.

He has won awards for his performance in the ‘Chris Rock Show’, and ‘Live at the Beacon Theater’. In 2017, he was on the list for the ’50 Best Stand-Up Comics Of All-Time’.

Louis Székely was born on the 12th of September, 1967 in Washington D.C. Székely is the son of Mary Louise and Luis Székely. He has three sisters and his father is of Hungarian and Mexican descent.

His grandfather is Jewish and he emigrated from Hungary to Mexico. C.K’s mother grew up on a farm and she graduated in Michigan.

Louis C.K. started his comedy career in 1984 when he debuted at Boston comedy club’s open mic night. He found it hard to succeed with his comedy and in 1989, he relocated to Manhatten to pursue his comedian career.

He took on writing for ‘Late Night with Conan O’Brien‘ in 1993. In the meantime, he performed some of his acts on several TV series including ‘Evening at the Improv’, ‘Comic Strip Live’, ‘Comic Search’, and ‘MTV Half Hour Comedy Hour’.

C.K starred and created HBO’s sitcom ‘Lucky Louie’ in 2009. His 4th full-length album ‘Live at the Beacon Theater’ was released in 2011, generating over $1 million in two weeks.

Since then, he has starred in multiple movies such as ‘Role Models’, ‘Welcome Home Roscoe Jenkins’, ‘Diminished Capacity’, ‘The Invention of Lying’, ‘Blue Jasmine’ and ‘American Hustle’.

Here are the best highlights of Louis C.K.’s career:

“The greatest thing about having a child is putting yourself second in your own life. It’s a massive gift to be able to say you’re not the most important person to yourself.” – Louis C. K.

“I didn’t make any kind of grades in high school. My mother was a single mom, putting my three sisters through college, and I was such a bad student that I knew I had no right to take her money. But I loved being in classes and learning. I took in a huge amount of what I learned, but I had a feeling of always being behind and being in trouble.” – Louis C. K.

“You don’t look down at your feet. A lot of comedians want to look down at their feet, but you break contact with the audience.” – Louis C. K.

“My 13-year-old daughter leaves the house at 7:15 every morning and takes a smelly city bus to school way uptown. It’s like 8 degrees out, and it’s dark and she’s got this morning face and I send her out there to take a bus. Meanwhile, my driver is sitting in a toasty Mercedes that’s going to take me to work once both kids are gone.” – Louis C. K.

“I’m bored’ is a useless thing to say. I mean, you live in a great, big, vast world that you’ve seen none percent of. Even the inside of your own mind is endless; it goes on forever, inwardly, do you understand? The fact that you’re alive is amazing, so you don’t get to say ‘I’m bored.” – Louis C. K.

View our larger collection of the best Louis C.K. quotes!

Now that you know all about Louis C.K.’s net worth, and how he achieved success; let’s take a look at some of his best lessons that we can learn from him:

You have to try and fail in life because failure gets you closer to what you are really good at.

How much is Louis C.K. worth?

Louis C.K.’s net worth is estimated to be $35 Million.

Louis C.K is an award-winning comedy legend. He has earned admiration and respect in the entertainment world and he has over 20 years old experience.

He has released several comedy specials on different channels and has become a well-recognized face on television.

What do you think about Louis C.K.’s net worth? Leave a comment below.