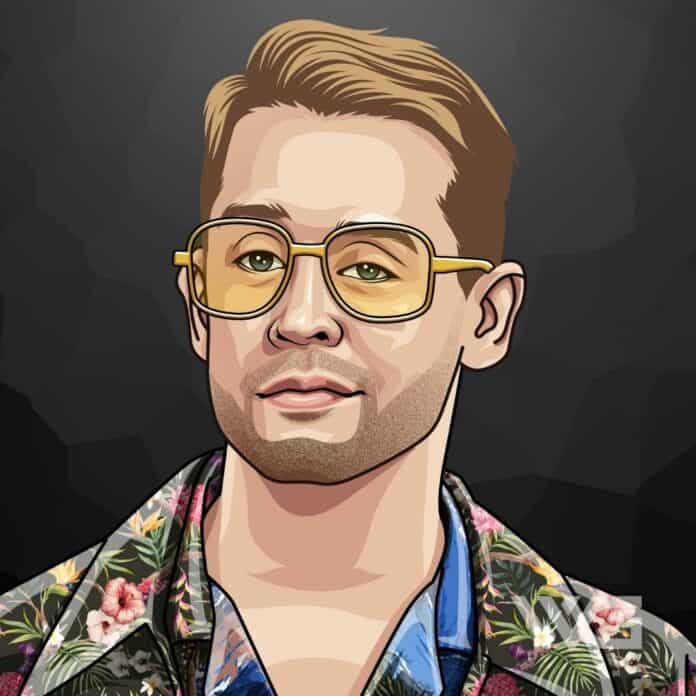 What is Macaulay Culkin’s net worth?

As of November 2022, Macaulay Culkin’s net worth is estimated to be $18 Million.

Macaulay Carson Culkin is an American musician and actor from New York. Culkin became famous for portraying the role of ‘Kevin McCallister’ in the Christmas movie ‘Home Alone’ and ‘Home Alone 2: Lost in New York’.

Macaulay Carson Culkin was born in New York on the 26th of August, 1980. Culkin is the son of Patricia Brentrup and Christopher Cornelius Culkin. During his childhood, he grew up with family in a small apartment in New York.

Culkin was raised Roman Catholic and attended St. Joseph’s School of Yorkville. He also studied ballet before transitioning over to acting.

Culkin began his acting career in the action series, ‘The Equalizer’ and in the films ‘Midnight Hour’ and ‘Uncle Buck’.

His stardom rose came in 1990 when he starred in the successful comedy ‘Home Alone’. The following year, he melted the hearts of fans and critics with is his performance in ‘My Girl’.

He became very successful at a very young age, and his parents pushed him even harder and urged him to sign more films without even thinking about it twice. His father egged him on to sign the 1994 film adaption of ‘Richie Rich’.

Rumors began to surface that the Culkins started a greedy custody battle over Macaulay’s wealth and the battle eventually worked to the advantage of his mother.

After a few years of inactivity, he returned to acting in the play ‘Madame Melville’. In 2003 he made an appearance on the NBC sitcom ‘Will and Grace’ and ‘Party Monster’.

Culkin was in ‘Saved’ which received average reviews at the box office. In 2006, he published a semi-autobiographical novel ‘Junior’ which featured details about his stardom and his overwrought relationship with his father.

Here are some of the best highlights from Macaulay Culkin’s career:

“I am a collection of thoughts and memories and likes and dislikes. I am the things that have happened to me and the sum of everything I’ve ever done. The clothes I wear on my back. The in every place and every person and every object I have ever come across. The bag of bones stuck to a very large rock spinning a thousand miles an hour.” – Macaulay Culkin

“As a senior in high school, you figure out what you want to do with your life. I asked myself if I wanted to get back into acting and thought: ‘Yes, but under my own terms and nothing like it was before.” – Macaulay Culkin

“I did 14 movies in six years, I had a cartoon TV show, and I don’t want to do that again. That’s why I quit everything when I was 14 and sat around for eight years before I did another movie.” – Macaulay Culkin

“My father was overbearing. Very controlling. He was always the way he is, even before my success. He was not always a good person. He’d play mind games to make sure I knew my place. I don’t see him, which is unfortunate. But I don’t have any desire to see him. I vaguely know where he is, and I don’t want to know.” – Macaulay Culkin

“I have no control over people’s perceptions of me at all and that’s one of the things I decided very early on is that I can’t control the way other people think of me. All I can do, especially when it comes to my career is to go out there and do cool unique kinds of things.” – Macaulay Culkin

How much is Macaulay Culkin worth?

Macaulay Culkin’s net worth is estimated to be $18 Million.

How old is Macaulay Culkin?

How tall is Macaulay Culkin?

Macaulay Culkin began working with entertainment at the age of 4. Since then Culkin has become a household name after starring in a string of early 90s films such as ‘Home Alone’, ‘My Girl’ and ‘Uncle Buck’.

As of November 2022, Macaulay Culkin’s net worth is estimated to be roughly $18 Million.

What do you think about Macaulay Culkin’s net worth? Leave a comment below.