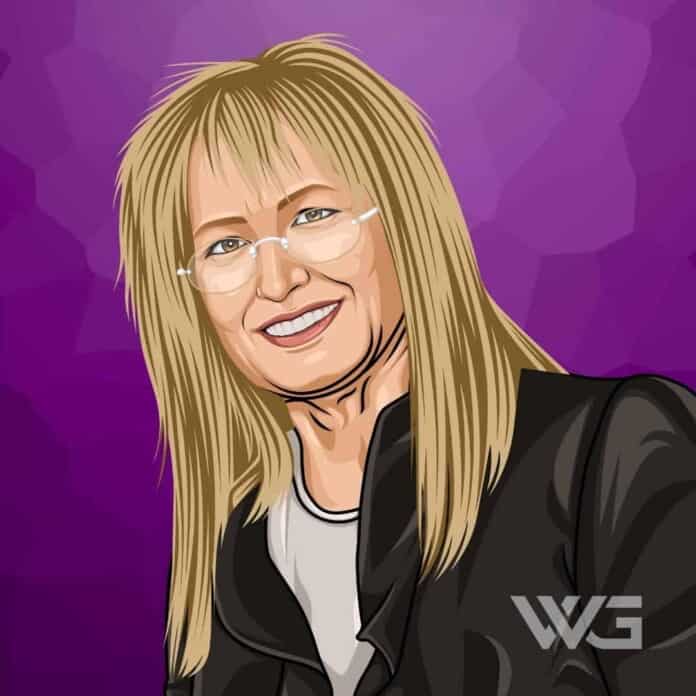 What is Miriam Adelson’s net worth?

Miriam Adelson is an Israeli American physician and billionaire who became a conservative doner after she married Sheldon Adelson, an American business magnate.

Currently the wealthiest Israeli and the 44th richest person in the world, Adelson’s immense wealth has made her remarkably influential.

As of November 2022, Miriam Adelson’s net worth is estimated to be $34 Billion.

Miriam Farbstein was born in 1945 in Tel Aviv, Mandatory Palestine, to parents who were able to flee Poland before the Holocaust.

In the 1950s, her family was able to settle in Haifa, the third largest city in Israel, where her father owned several movie theaters.

Once her service was over, she attended the Hebrew University of Jerusalem, earning a Bachelor of Science in genetics and microbiology. Later, she earned a medical degree from the Sackler Medical School at Tel Aviv University.

Miriam Adelson started her career as a physician at Tel Aviv’s Rokach Hospital, eventually becoming the chief internist in the emergency room.

After landing a job at Rockefeller University, Adelson moved to New York City, where she specialized in drug addiction. It was during this time she met Sheldon Adelson after they were set up on a blind date.

In 1993, Adelson founded her first substance abuse and research clinic, later opening a second in Las Vegas with her husband, Sheldon.

Miriam and Sheldon Adelson were both generous supporters of Donald Trump during his run for president in 2016, and it is estimated that the couple donated at least $200 million to his campaign and the Republican party during the subsequent 2020 election cycle.

Although Sheldon has since passed away, Miriam, who inherited his billions, has continued supporting the Republican Party as a megadonor, looking ahead to the upcoming 2024 presidential season.

Most of Miriam Adelson’s net worth comes from her late-husbands fortune, which he gained as a trade show tycoon and business magnate.

We know a couple of things about his fortune, including:

Although her fortune may come from her late husband, Miriam is in no danger of going broke anytime soon, as the casino business continues to grow and bring in billions each year.

Before moving to New York, Miriam married Ariel Ochshorn, an Israeli physician with whom she had two children.

After divorcing Ochshorn in the 1980s and moving to New York, she met Sheldon Adelson on a blind date and later married him in Jerusalem in 1991.

A strong supporter of Israel, Miriam is credited with influencing her husband’s views on the country and has regularly praised Donald Trump for his support of Israel.

Miriam Adelson became the owner of Las Vegas Sands after Sheldon died in 2021, which made her one of the richest people in the world and the wealthiest Israeli.

Miriam Adelson has achieved a lot in her life, and her incredible influence is something that many people often overlook.

Here are some highlights from Miriam Adelson’s career:

How Does Miriam Adelson Spend Her Money?

Miriam Adelson no doubt lives a life of supreme luxury given her billionaire status, although she certainly doesn’t flaunt it.

Scarce little is known about how she spends her money, outside of her large donations to the Republican Party.

Miriam and her husband have regularly been the largest donors in past elections, including in 2018 and 2012, having donated over $480 million in total.

As a political power couple, the Adelsons singlehandedly funded the Preserve America PAC, providing $75 million to the group, which was then used to fund attack ads against candidate Joe Biden.

While Miriam has benefited from an exciting life, some particular milestones stand out more than others.

Here are some of the best highlights of Miriam Adelson’s career:

Meriam may not be as well known as her late husband, but that hasn’t stopped her from inspiring many people with her words.

Here are our favorite quotes from Miriam Adelson:

Now that you know all about Miriam Adelson’s net worth, we can look deeper at the lessons we can learn from her successful life.

Here are some of the best success lessons to learn from Miriam Adelson:

1. Take Every Opportunity You Can

When climbing the ladder of success, you should try to take every opportunity possible to maximize your chances of reaching your goals.

You may even find possibilities that you would never have known about otherwise that could help you get even further ahead.

Miriam Adelson achieved her net worth through inheritance and as a large stakeholder in the Las Vagas Sands casino business.

Investing can be a great way to make money, but only if you’re smart about it.

You can use one of the best dividend trackers to find the right stocks to invest in and let your money grow.

No matter what field you’re in, it’s important to know the value of your work so that you don’t sell yourself short or get taken advantage of.

Know the value of your skills so that you can become as successful as possible.

Miriam Adelson is the wealthiest Israeli on the planet and the 36th richest person in the world, with an extraordinary net worth that keeps getting bigger.

Although much of her fortune came from her late husband’s business investments, Miriam was very much his partner and now continues his legacy as the owner of the Las Vegas Sands.

Be sure to check back often to see updates on Adelson’s net worth because we’re sure that it is going to continue to increase.

As of November 2022, Miriam Adelson’s net worth is estimated to be $34 Billion.

What do you think about Miriam Adelson’s net worth? Leave a comment below.