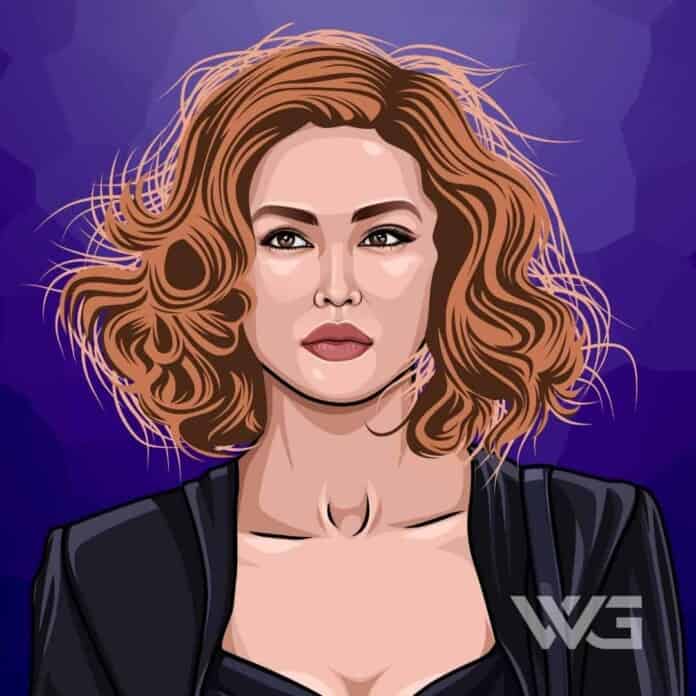 What is Monica Bellucci’s net worth?

Although Monica Bellucci started out as a model for Dolce & Gabbana and Dior, she has become renowned as an actress, earning millions for her talent.

Considered to be one of Italy’s greatest actresses, Bellucci has made a lasting impact on the film industry, and she hasn’t shown signs of stopping yet.

As of December 2022, Monica Bellucci’s net worth is estimated to be $45 Million.

Monica Bellucci was born in 1964 in Città di Castello, Umbria, Italy and was raised largely in Lama by her parents, Brunella and Pasquale Bellucci.

Monica began modeling at the age of 13 and, as a young adult, worked at the University of Perugia until 1988, when she moved to Milan and signed a contract with Elite Model Management.

Within a year, Bellucci was modeling for high-end brands Dolce & Gabbana and the French Elle, rising in prominence throughout Paris and New York City.

Bellucci transitioned to acting in the early 90s and made her feature film debut in 1991 in the Italian film The Raffle, where she played a betrayed widow named Francesca.

In 1992, she landed her first American film job, playing one of Dracula’s brides in Bram Stoker’s Dracula alongside Gary Oldman and Winona Ryder.

Other Italian films followed this success until 1996 when she starred in the French film The Apartment, which ended up being one of her most critically acclaimed roles.

In 2004, she landed another box-office hit, playing Mary Magdalene in The Passion of the Christ, a role that gained her a lot of praise.

At the age of 50, Bellucci became the oldest Bond Girl in history when she played Lucia Sciarra in the 2015 Bond film Spectre.

As such a massive figure in the entertainment industry, Monica Bellucci earns quite a bit of money every year.

Here is what we know about Monica Bellucci’s career earnings:

Monica Bellucci’s net worth has been steadily increasing throughout her career, and while she isn’t one of the richest models in the world, we expect to see her wealth continue to grow as she continues working.

When Monica Bellucci was 20, she briefly married photographer Claudio Carlos Basso, but the couple divorced after only six months.

On the set of The Apartment in 1996, Bellucci met Vincent Cassel, and the couple married in Monaco in 1999, with Monica giving birth to their two daughters, Deva, in 2004 and Leonie, in 2010.

Bellucci has lived in Italy, France, England, and Brazil but has lived permanently in Paris since 2015.

Although Bellucci and Cassel divorced in 2013, they remained close and live nearby to each other so that they could continue parenting their children together.

Her official Instagram page is updated often and features photos of her as well as images from her daughter Deva’s Instagram, who has followed in her mother’s footsteps to become a model.

Monica Bellucci has received many awards throughout her impressive career, many of which are quite prestigious.

Here are some highlights from Monica Bellucci’s career:

How Does Monica Bellucci Spend Her Money?

With her substantial net worth, Monica Bellucci lives large and isn’t afraid to make big purchases.

While she owns a home in Paris, she also has owned homes in Rome and Lisbon, the latter of which lies situated in the historic Castelo neighborhood.

Although we don’t know exactly how much her multiple homes have cost her, we know they couldn’t have come cheap.

Along with her homes, Bellucci also purchased a Lancia Delta III in 2018, along with a Mercedes Benz, Mini Cooper, and Audi.

Monica Bellucci has hit many significant milestones that have helped her achieve success.

Here are some of the best highlights of Monica Bellucci’s career:

Monica Bellucci has been known to say many noteworthy things throughout her career as an actress and model.

Here are our favorite quotes from Monica Bellucci:

Now that you know all about Monica Bellucci’s net worth, we can look at the lessons she can teach us about finding our own success.

Here are some of the best success lessons to learn from Monica Bellucci:

1. Don’t Be Afraid Of Missing Out

When you’re on your grind, you don’t have much time to hang out with friends or hit the club, and it’s easy to feel like you’re somehow missing out.

However, it’s important to remember that your success will only come with hard work and that fear of missing out will only result in you potentially missing out on great opportunities.

While you shouldn’t neglect taking breaks, make sure you’re able to find a healthy balance between work and play.

If you’re not comfortable and confident with yourself, then you’ll have a header time getting ahead.

Although this is easier said than done, it is something that everyone should strive to work towards.

Be yourself, hone your strengths, and don’t try and force yourself to be someone you’re not.

Everyone has their own unique talents and strengths, and it’s vital to learn how to use them.

Take time to examine the things that you excel at to learn to rely on those skills as you reach your goals.

Monica Bellucci started out as a fashion model and quickly transitioned to a big screen star.

While Monica already has a substantial net worth, we expect her wealth to continue to grow as she continues her career.

Make sure to check back regularly to stay up-to-date with all the latest details about Monica Bellucci!

As of December 2022, Monica Bellucci’s net worth is estimated to be $45 Million.

What do you think about Monica Bellucci’s net worth? Leave a comment below.