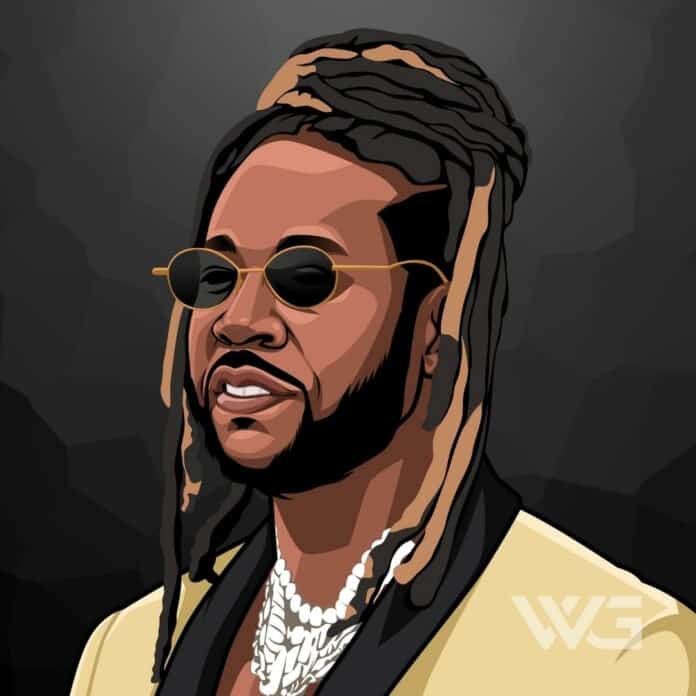 What is 2 Chainz’s net worth?

Tauheed Epps “2 Chainz” is an American rapper from College Park. 2 Chainz initially gained recognition for being one half of the hip-hop duo ‘Playaz Circle’.

He later released his first single and debut album in 2012 and pursued his rapping from there.

He has collaborated with some of the best rappers in the world such as Drake, Nicki Minaj, Kendrick Lamar and ASAP Rocky.

Tauheed Epps was born in College Park, Georgia on the 12th of October, 1976. He attended North Clayton High School where he played basketball.

He later attended Alabama State University on a scholarship where he pursued his basketball career from 1995 to 1997.

After he graduated from college he later formed the hip-hop duo ‘Playaz Circle’. The hip duo later released their debut album in 2002 and gained a lot of attention. 2 Chainz later pursued his career as a solo rapper.

2 Chainz started his early career by forming the hip-hop duo ‘ Playaz Circle’ with a high school friend who performed the songs. The hip-hop duo became close friends with the rapper Ludacris and they also started to perform with him.

They released their debut album ‘Supply & Demand’ in 2007 which was a big hit that debuted at number 27 on the Billboard 200.

2 Chainz announced his debut studio album in March 2012, and two months later he dropped the album’s lead single ‘No Lie’ which featured the Canadian rapper, Drake.

The album debuted at number 46 on the Billboard Hot 100, and the song was a big success commercially and sold 1.4 million copies.

The following year 2 Chainz released ‘Based on a T.R.U. story’. The album included guest appearances from popular rappers such as Lil Wayne, Drake, and Kanye West.

2 Chainz third album was released in 2016 and was also a big major success. It debuted at the fourth position on the Billboard 200.

What is 2 Chainz’s net worth?

Here are some of the best highlights of 2 Chainz career:

“I’m from the south side of Atlanta, College Park, and we all really care about our dress code and our apparel and our attire, so I think it’s just something that started when I was growing up. Just trying to be me and up to date and being an individual at the same time.” – 2 Chainz

“I encourage everyone to pay attention to the issues that matter to you, from jobs and the economy to education and our schools, to criminal justice reform. Whatever it is that you care about, make sure you use your voice.” – 2 Chainz

“Ah, Yeezy Yeezy how you do it huh? It’s my birthday, I deserve to be greedy huh? She holding out, she ain’t givin’ to the needy huh? You go downstairs and fall asleep with the T.V. on Y’all been together ten years, you deserve a ménage ‘Specially if you put that BMW in her garage.” – 2 Chainz

“T.R.U. University, I pull it up and murk a beat. Mama house was filled up with bags of Hercules. Soon as I finished p****n’, I put the seat down. Or my mama is cussin’ my damn ass out the Only child, no siblings, no besties. I couldn’t do anything right like a lefty.” – 2 Chainz

How much is 2 Chainz worth?

2 Chainz’s net worth is estimated to be $12 Million.

How old is 2 Chainz?

How tall is 2 Chainz?

2 Chainz is one of the best rappers of this decade without a doubt. He as among many other celebrities worked with the best producers and artists in the music industry and has throughout his career earned himself an incredible net worth.

What do you think about 2 Chainz’s net worth? Leave a comment below.