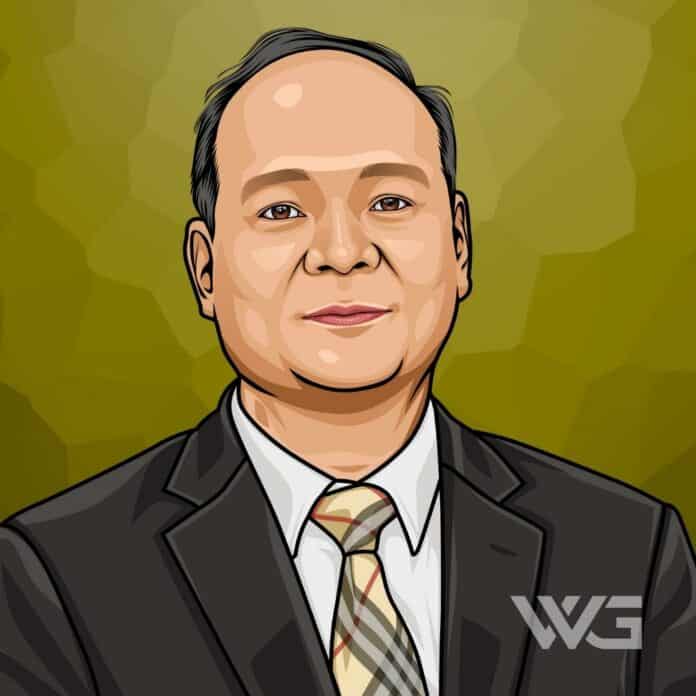 What is Robin Zeng’s net worth?

Robin Zeng is a Chinese billionaire entrepreneur and battery manufacturer known as the founder and chairman of Contemporary Amperex Technology.

As one of the world’s wealthiest people, he has led the way in lithium-ion rechargeable batteries for electric vehicles and other uses.

Robin Zeng was born in March of 1968 in Ningde in the Fujian Province, although little is known about his family’s background or childhood.

He studied at the Chinese Academy of Sciences, earning his Ph.D. from the Institute of Physics.

He continued as the company’s manager after it was acquired by the Japanese company TDK in 2005, forming a new business, Contemporary Amperex Technology Co. Limited, in 2012.

Zeng’s fortunes increased significantly when he began partnering with Elon Musk, with an agreement to see them work together until at least 2025.

The company has established additional contracts with the manufacturers of some of the most expensive cars in the world, including deals with BMW, Honda, and Volkswage[n.

This success has allowed Robin Zeng to reach the same net worth and financial security as other Chinese billionaires such as Lee Shau-kee and Ma Huateng, who dominate other industries in the Asian region.

Robin Zeng is one of the richest people in Asia, and with his company employing over 33,000 members of staff, his income is expected to be significant.

This income is likely to have been increased when his company went public in 2017 and was listed on the Shenzhen Stock Exchange.

Robin Zeng’s career earnings are between $1 million and $10 million per year.

Robin Zeng’s net worth has seen considerable fluctuation over the years, with the overall trend one of an upward trajectory to its current high.

Here’s a breakdown of Robin Zeng’s annual net worth:

Little is known about Robin Zeng’s personal life, with the billionaire and entrepreneur preferring to keep a low public profile.

He’s known for his interest in reading, but beyond this, he has revealed little about his hobbies and interests when conducting interviews.

While some sources indicate that Zeng is married, his wife’s name and their status as parents aren’t publicly available information.

Robin Zeng’s astronomical rise to wealth and international recognition has come with recognition and awards from some of the industry’s leading institutions.

His success as an entrepreneur and businessman is matched by his academic achievements and innovative approach to business.

Here are some examples of the awards and achievements from Robin Zeng’s career:

Robin Zeng’s career has gone from strength to strength in a short space of time, with his wealth and influence all but guaranteeing more accolades in the future.

How Does Robin Zeng Spend His Money?

With a net worth and income compared to some of the richest people in the world, Robin Zeng has considerable resources for real estate and other investments.

While little information is available on his spending habits, with billions of dollars available, Zeng can afford to stay in the most expensive hotels in the world while conducting his business.

As a major player in the electric vehicles industry, he also has access to the latest top-of-the-line cars.

Zeng’s impressive career saw him become one of the wealthiest Asian businessmen over a relatively short period of time after graduating from university.

Here are some of the best highlights of Robin Zeng’s career:

Zeng’s career highlights reflect an entrepreneur at the top of his game, pioneering new technology and acting as an industry leader to establish new trends.

Robin Zeng’s rise to wealth and success is reflected in his desire to innovate new solutions, which he has spoken about during selective interviews.

While Zeng prefers to avoid speaking about his personal life, he’s enthusiastic about the new technology he is developing and promoting.

Here are our favorite quotes from Robin Zeng:

Now that you know all about Robin Zeng’s net worth, let’s see what valuable lessons and insights we can learn from his astronomical rise to fame and fortune.

Here are some of the best success lessons to learn from Robin Zeng:

1. If You Want To Dominate An Industry, Become An Early Adoptor

Robin Zeng’s enormous wealth and success came in large part due to his willingness to invest in new emerging technologies early on.

Today, electric vehicles are increasingly dominating the roads, making his decision to invest in batteries a sound one.

2. To Achieve Great Success, Work With the Industry Leaders

Much of Zeng’s profitability came through his collaboration with Elon Musk, who leads the way with electric cars through his company, Tesla.

Collaborating with the best in the industry is a surefire way to guarantee future success.

3. Stick To Your Roots Even When You Find Success

While some successful people end up relocating away from their home, Zeng understands the importance of sticking to your roots, and setting up his factory in his hometown.

So there you have it, our complete guide to the life and net worth of the Chinese billionaire entrepreneur Robin Zeng.

With his company signing lucrative deals with some of the world’s leading car manufacturers, his net worth will likely grow over the coming years.

We’ll update his article to include any new information about his net worth, so be sure to check back again in the future.

What do you think about Robin Zeng’s net worth? Leave a comment below.