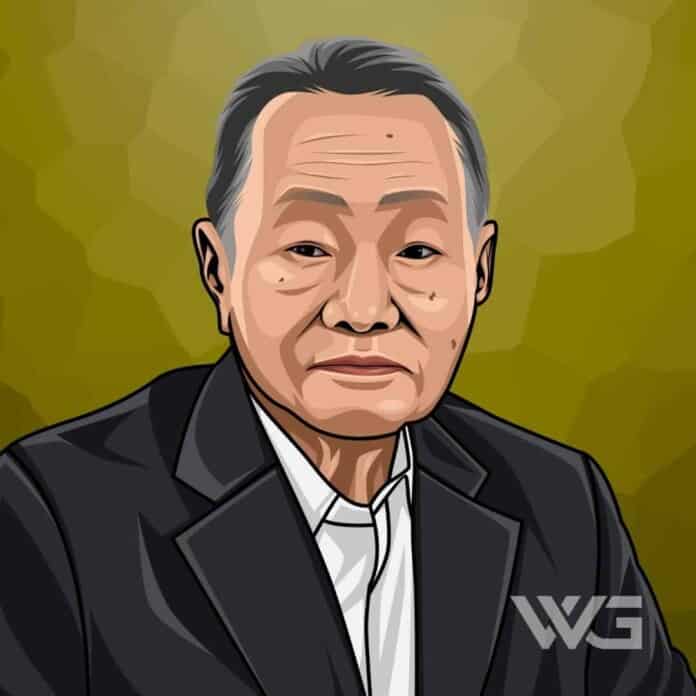 What is Robert Kuok’s net worth?

Robert Kuok is a Malaysian business magnate and investor.

Kuok is media-shy; most of his businesses are privately held by him or his family. Apart from a multitude of businesses in Malaysia, his companies have investments in many countries throughout Asia.

The biggest source of wealth is the stake in Wilmar International, the world’s largest listed palm oil company.

Robert Kuok Hock Nien was born on the 6th of October, 1923, in Johor Bahru, Malaysia. Kuok is the son of a Malaysian Chinese family.

He grew up speaking his parents’ Fuzhou dialect, English and Japanese during Japan’s wartime occupation of Malaya. He studied at Raffles Institution, where he was classmates with Lee Kuan Yew, and English College Johore Bahru.

Kuok claims he began in business as an office boy, and later started a business with relatives’ support. Upon graduation, he worked as a clerk in the rice-trading department of Japanese industrial conglomerate Mitsubishi Shoji Kaisha between the Japanese occupation period between 1942 and 1945.

He was soon promoted to head the rice-trading department. After the war, he took the skills he learned from the Japanese back to the family’s business in Johor.

In 1971, he built the first Shangri-La Hotel in Singapore. His first foray into Hong Kong property was in 1977 when he acquired a plot of land on the newly reclaimed Tsim Sha Tsui East waterfront, where he built the second hotel, the Kowloon Shangri-La.

On 31 October 2009, under the flagship of Robert Kuok, PPB Group stated Bursa Malaysia that it had decided to dispose of its sugar units along with land used to cultivate sugar cane for RM 1.29 billion to FELDA.

The sales resulted in a one-off gain for the company. The sugar unit and sugar cane plantation were the second-largest business segment upon its grain and feed which were topping the sales.

Here are some of the best highlights of Robert Kuok’s career:

“There is a risk in every business; if you are not brave enough to grab on the first or next opportunities, then you shall be a poor person forever.” – Robert Kuok

“Everything on earth is dynamic; I can only give my children a message, not money. If they follow it, we can go another three or four generations.” – Robert Kuok

“My mom knows that I am somehow a talented businessman, but she would not want me to turn to the dark side and be an evil businessman. She advised us to be a good person, and not be greedy about money.” – Robert Kuok

Now that you know all about Robert Kuok’s net worth and how he achieved success; let’s take a look at some of the lessons we can learn from him:

1. Success Is 90% Hard Work And Knowledge

For instance, in the sugar business, Kuok studied the demand, supply, production, consumption, and the shipping process to stay on top. Success doesn’t come easy.

Every business has its risks. It’s okay to back down and miss the opportunity IF there’s a better one shortly. But if you’re not bold enough and retreat every single time, then you will always be poor.

3. Employees Are Number One

Hotel is a service industry, and the most important element is your employees, and you depend on them fully to take of your customers; thus, we shall make it our primary agenda to take care of our employees.

How much is Robert Kuok worth?

Robert Kuok’s net worth is estimated to be $15.5 Billion.

How old is Robert Kuok?

How tall is Robert Kuok?

Robert Kuok is a Malaysian Chinese businessman who made his fortune in the sugar industry, but his career began in the corporate world working in the rice business.

What do you think about Robert Kuok’s net worth? Leave a comment below.