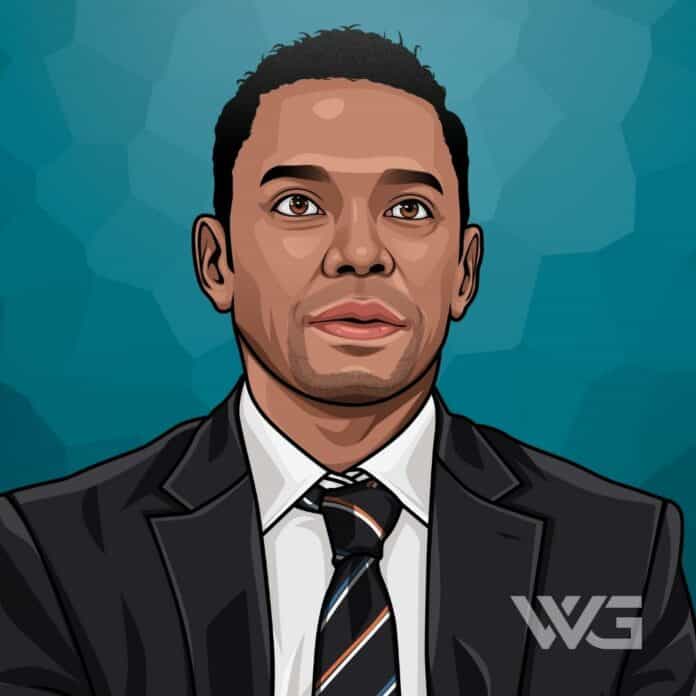 What is Robinho’s net worth?

Robinho is a Brazilian professional footballer who has won two Campeonato Brasileiro titles with both Santos FC and Real Madrid, in addition to several victories for the Brazilian national team.

His impressive soccer career was cut short in 2017 when he was convicted of sexual assault and sentenced to nine years in prison.

In 1999, when he was fifteen years old, Robinho was picked by Brazilian soccer legend Pele as his heir apparent.

In 2002, he signed his first professional contract with Santos FC in Brazil, launching his career as a professional footballer.

Robinho’s career with Santos FC saw him making 24 appearances during his first season with the team while scoring a goal to help them win the 2002 Campeonato Brasileiro.

He then went on to play for some of the richest soccer teams in the world, beginning with a stint at Real Madrid in 2005.

In 2008, Robinho moved to the United Kingdom to play for Manchester City, where he scored his first premier league goal against Chelsea, followed by a hat trick against Stoke City.

After becoming the top goal scorer for Manchester City, he returned briefly to Santos before playing for AC Milan in 2010.

Internationally, Robinho has played for the Brazilian national team on several occasions, playing alongside Cristiano Ronaldo at the 2006 FIFA World Cup.

He returned to the World Cup in 2010 in a squad that included Kaka and Felipe Melo, helping the team to reach the quarter-finals before losing against the Netherlands.

Robinho’s career earnings have helped place him in the ranks of the richest soccer players in the world, earning huge sums of money from teams such as Manchester City and AC Milan.

His move to Manchester City netted him an estimated $37 million; from 2011 to 2013, his annual salary was between $7 million and $8 million.

After being convicted of rape in 2017, Robinho’s earning capacity is significantly reduced, with the soccer player no longer participating in professional soccer games.

With his impressive net worth comparable to some of the richest athletes in the world, Robinho’s wealth continued to climb as his career progressed.

His peak growth occurred during the late 2000s to early 2010s, when contracts with Manchester City and AC Milan increased his wealth by tens of millions.

The conviction and imprisonment for rape have prevented Robinho from continuing to play soccer, limiting his future net worth growth.

Robinho married his partner Vivian Guglielminetti in 2009, and the couple has two sons together who were born in 2007 and 2011.

His mother was kidnapped at gunpoint in 2004 and released unharmed a month after intense negotiations with the culprits.

Before his conviction and imprisonment, he was known to keep his fans informed of his activities through his official Instagram account, which has over two million followers.

Robinho has picked up various awards, teammates, and individual honors throughout his career, celebrating his accomplishments.

Here are some notable awards and accolades from Robinho’s career:

It remains to be seen if Robinho will continue to play following his release from prison and if this will lead to more awards and accolades.

How Does Robinho Spend His Money?

Like many other hugely successful soccer players, Robinho is known for buying some of the most expensive cars in the world, which he has used to drive to soccer training sessions.

He owns a classic Lamborghini, which fans in Manchester have often spotted the star driving around the town.

He also owns expensive property in Madrid, Spain, and a house in Alderley Edge in the United Kingdom.

With a successful professional soccer career that has included some of the biggest teams both nationally and internationally, Robinho has experienced several high points.

Here are some of the best highlights of Robinho’s career:

Robinho’s career highlights mark him as one of the most celebrated players to have emerged from Brazil, with outstanding performances for some of the world’s leading clubs.

Robinho has shared his thoughts and insights on being a world-class soccer player in many interviews, reflecting on his career and experiences in the game.

Here are our favorite quotes from Robinho:

Now that you know all about Robinho’s net worth let’s take a closer look at the lessons and insights we can take from his personal and professional life.

Here are some of the best success lessons to learn from Robinho:

1. An Endorsement From A Legend Is A Rare Opportunity To Be Cherished

When Robinho was picked by soccer legend Pele as his heir apparent, he didn’t let the opportunities go to waste.

The moment helped to launch Robinho’s professional career, with a chance to play at Santos FC.

Over his career, Robinho has suffered several injuries that led to him missing games and important events.

He didn’t let this deter him from trying his best to come back even stronger once he’d recovered.

As Robinho’s fall from grace has shown, even the most talented performers can lose everything if they fail to act with respect and dignity.

That concludes this overview of soccer player Robinho’s net worth, exploring his early career successes and international appearances for the Brazilian national team.

His fall from grace and arrest and imprisonment have cast a shadow on his career, placing a question mark over his future as a soccer player.

Since his net worth is likely to change in the future, be sure to check back on this article, as we’ll bring you the latest information as it becomes available.

What do you think about Robinho’s net worth? Leave a comment below.