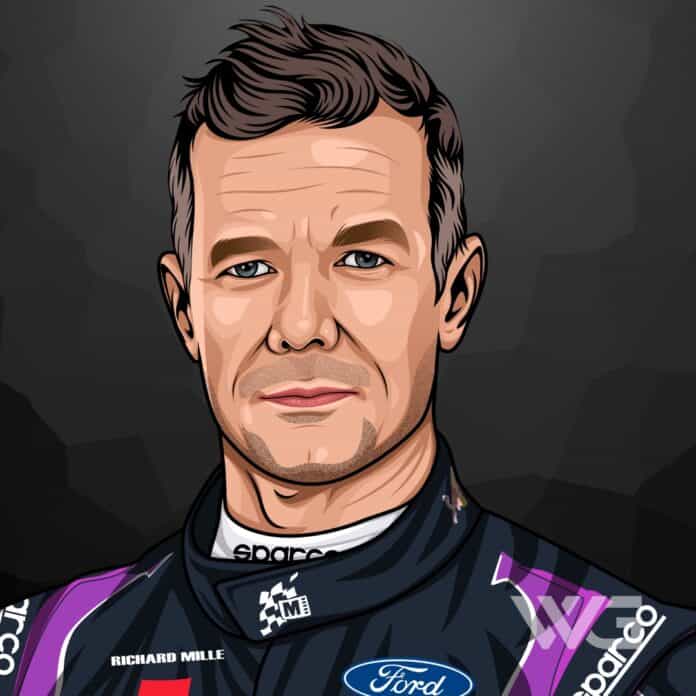 What is Sebastien Loeb’s net worth?

Sebastion Loeb is a French rally, racing, and rallycross professional driver who won the World Rally Championship (WRC) a record nine times in a row.

This makes him the most successful driver in the sport, as he holds other WRC records, including the most podium finishes, the most event wins, and the most stage victories.

As of January 2023, Sébastien Loeb’s net worth is estimated to be $55 Million.

He was Ingrid and Guy Loeb’s only child and they raised him in Oberhoffen-sur-Moder.

Loeb competed in gymnastics as a teenager, winning the French Grand East and the Alsatian championship four times in a row.

He started working for Socalec as an electrician in 1994 but left his job the following year to concentrate on his racing.

In 1998, Loeb started competing in the French Citroen Saxo Trophy series and won the championship in 1999.

Loeb joined the Citroen Total World Rally Team in 2002 and competed in the World Rally Championship.

Sébastien later won his first race at the Rallye Deutschland with co-driver Daniel Elena and then won three WRC competitions the next year: Monte Carlo, Germany, and San Remo.

He ultimately fell behind Peter Solberg in the title race, losing by one point, but nevertheless, Loeb’s standing as a driver improved substantially.

At the year’s end, he was crowned Champion of Champions after defeating Marcus Grönholm in the Race of Champions’ penultimate race.

In 2004, Loeb had his greatest season ever, dominating the WRC scene with six victories and six second-place finishes.

He subsequently captured his first driving championship and won eight more titles in a row, from 2007 to 2012.

On his way to finishing third in the FIA World Touring Car Championship, he ended up taking home two victories and six podium finishes.

In 2005, while driving for the Pescarolo Sport team, he participated in the 24 Hours of Le Mans sports car race joining Eddie Irvine, Heikki Kovalainen, Jacques Villeneuve, and Nick Mason who had competed there before.

The next year, he came in second place overall, and later, Loeb entered the French GT Championship while driving a Porsche 911 GT3-RSR and a Ferrari 550 Prodrive.

He also took part in the French Carrera Cup, where he continued his winning ways by achieving a few top-ten results.

In 2012, Loeb established his own Sébastien Loeb Racing team, which participates in the FFSA GT as well as the European Le Mans Series.

Although the Citroen Total World Rally Team only competed in seven events in preparation for their full entry the following year, Loeb’s 2002 campaign was his first as a WRC driver.

He is one of the richest racing drivers in the world and continues to compete at the highest levels in rally cross and touring car events.

As a youngster, he competed in the first Junior World Rally Championship, winning five of the six races to become its first champion.

In 2005 and 2008, Loeb won two further Champion of Champions championships, cementing his reputation as one of the best drivers in the world.

In 2004, Sébastien won the WRX drivers’ championship with a comfortable lead of 36 points over second-place Solberg.

Here’s a breakdown of Sébastien Loeb’s annual net worth:

By 2012, Loeb had won a career-high nine titles, making him the most successful driver in WRC history.

The FIA World Touring Car Championship in 2014, was Loeb’s first full season of circuit racing and he dominated right from the first race.

Séverine Meny, Loeb’s wife, managed the Loeb Events hospitality area at the majority of rallies and frequently filled in for Daniel Elena as the co-driver for non-championship events.

They had a daughter together named Valentine, but Sébastien and Séverine reportedly split in 2019. Laurène Godey is Loeb’s current companion, and she occasionally drives with him and they won the 2019 Rallye du Var.

With Godey and Valentine in Switzerland, Loeb resides close to Lausanne, one of the most exclusive areas.

On May 27, 2009, Loeb received the Légion d’Honneur title from Nicolas Sarkozy, the president of France.

As Loeb’s reputation in the WRC grew after 2014, he began taking part in road racing competitions and tests.

Here are some of the finest moments from Sébastien Loeb’s career:

Loeb earned the gold medal in rallycross at the 2012 X Games in Los Angeles in addition to the WRC.

After initially giving up rallying, Loeb later participated in the Pikes Peak International Hill Climb and won the competition in a record time.

How Does Sebastien Loeb Spend His Money?

Loeb is a philanthropist and uses his own money to support numerous worthy causes around the world.

He belongs to the “Champions for Peace” club, a team of 54 top athletes formed by the worldwide organization Peace and Sport together with Lionel Messi, Didier Drogba, and Rudy Gobert amongst many more.

The organization I located in Monaco, with the goal of promoting world peace through sport and he’s joined by.

As a helicopter pilot, Sebastien wears one of the most expensive watches in the world to keep track of his time in the air.

When the 2016 FIA World Rallycross Championship kicked off, Loeb signed on with the Swedish Team Peugeot-Hansen to compete in all 12 events.

The Latvian round saw him capture his first series victory, and he went on to finish fifth in the Supercar class standings with four podiums and six top-five finishes.

Here are some of the best highlights of Sébastien Loeb’s career:

In stage 9 of the 2017 Silk Way Rally, Loeb suffered a finger injury that forced him to withdraw. Up until that time, he had been in the overall lead.

For his contributions to the sport, Loeb was made a knight of the Légion d’honneur in May 2009, by the French president, Nicolas Sarkozy.

Despite his ability to drive incredibly fast and aggressively, Sebastien calculates his chances of success with precision, not wasting an ounce of pace.

Here are our favorite quotes from Sébastien Loeb:

Sébastien Loeb is a very careful, calculating driver who takes extreme precautions to make sure that he wins every race that he can.

When he relaxes, he takes time away from the track on one of the most expensive yachts in the world, moored in Saint-Tropez. France.

1. Disappointments Are Part Of Life

He is very aware that any small error can cause him to lose momentum and potentially points, so he gets disappointed when things go wrong.

However, he knows that there are always opportunities to make things right, so it is not worth getting too upset.

Sébastien is very patient and will wait to make his move at exactly the right moment, even if it means he misses out on possible points.

He feels that it’s not worth it to take a ridiculous chance, only to lose everything with a mistake.

Everyone has expectations of what they think you can and cannot do, which means that when you perform, you have to bear those expectations in mind.

Sébastien is well aware of the fine line he treads when trying to meet not only his fans’ expectations but those of his team as well.

Sébastien is one of the greatest WRC drivers ever and throughout his career has gained a reputation for winning, even when things turned against him.

He managed to transition from rallying to touring car races and, despite the differences in technique, he was able to compete effectively and become a champion again.

As of January 2023, Sébastien Loeb’s net worth is estimated to be $55 Million.

What do you think about Sebastien Loeb’s net worth? Leave a comment below.

What is Diana Ross' net worth? Introduction  As of ,...