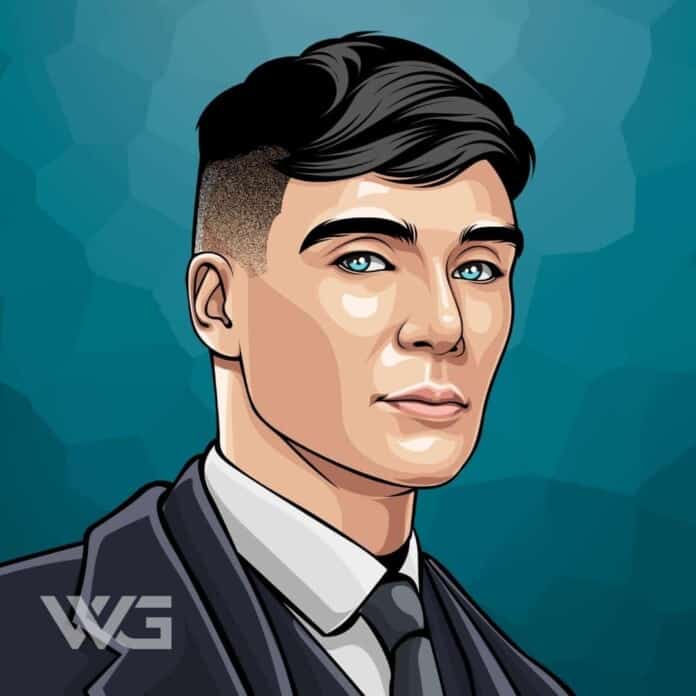 What is Cillian Murphy’s net worth?

As of November 2022, Cillian Murphy’s net worth is estimated to be $20 Million.

Cillian Murphy is an Irish actor from Cork City, Ireland. Murphy began his career performing as a rock musician.

He appeared in the films ’28 Days Later’, ‘Cold Mountain’, ‘Intermission’, ‘Red Eye’ and ‘Breakfast on Pluto’, for which he was nominated for a Golden Globe award for Best Actor in a Musical or Comedy and won an Irish Film and Television Award for Best Actor.

Cillian Murphy was born on the 25th of May, 1976, in Douglas, Ireland. Cillian is the oldest child of Brendan Murphy an employee of the Irish Department of Education and his French-tutor wife.

His family is Roman Catholic and Murphy attended the Catholic school Presentation Brothers College where he had his initial taste of acting.

Murphy’s acting career began in 1996 when he debuted as a professional actor in the play ‘Disco Pigs’.In 1999, he starred in his debut feature film, ‘Sunburn’, alongside Paloma Baeza and Sinead Keenan.

After a succession of independent films, he was cast as the lead in ‘28 Days Later’ in 2002. Made with an $8 million budget, Boyle’s post-apocalyptic sci-fi horror earned $84.7 million at the box office.

Besides these, he has played a transgender foundling looking for love in ‘Breakfast on Pluto’ (2005), romanced Lucy Liu in ‘Watching the Detectives’, and starred alongside Robert De Niro and Sigourney Weaver in ‘Red Lights’.

The movie ‘Peaky Blinders’  was his most important outing. He also served as the narrator for BBC’s nature documentary ‘Atlantic: The Wildest Ocean on Earth’ in 2015.

In 2017, he is set to appear in Mark O’Rowe’s directorial venture ‘The Delinquent Season’. The film is in the post-production stage.

Here are some of the best highlights of Cillian Murphy’s  career:

“Sociopath is a word that has sort of becoming shorthand for a psychopath and there’s a distinct difference, it’s interesting if you look it up. Sociopath if you look at the medical definition, the profile of a sociopath is that they are supremely intelligent people that are also pathological liars, they have no moral structure and there is one more, they have no compassion or empathy for other people.” – Cillian Murphy

“For me, it’s about being at home and living a life. Taking the dog for a walk, doing the shopping, emptying the dishwasher, going for a run.” – Cillian Murphy

“I try not to think retrospectively. It’s important, as an artist, to look forward, always. I do try to take work that involves some challenge. If you approach a piece of work and you’re going, “Yeah, yeah, I can do that,” then that’s kind of a red flag.” – Cillian Murphy

“There’s a lot of comedy in Intermission but it’s got this depth. It’s not comedy for comedy’s sake – it’s informed by something else. I like stuff like that.” – Cillian Murphy

“I personally think if something’s not a challenge there’s no point doing it because you’re not gonna learn much.” – Cillian Murphy

Now that you know all about Cillian Murphy’s net worth, and how he achieved success; Let’s take a look at some of the lessons we can learn from Cillian Murphy:

Nearly everyone says New York is their number one city in the world, don’t they?

2. 42 isn’t the Answer to Life, the Universe and Everything… but Beck Might Be

Cillian Murphy: I love Beck. I was reintroduced to his song Debra, my favorite from Midnite Vultures, recently when I was watching Baby Driver, that brilliant Edgar Wright film. It’s a sensationally soundtracked film.

3. Not Every Song Can Be Covered

Cillian Murphy: She’s a Mystery to Me was released in 1987 when I was 11 or something and I absolutely adored the song. This song was written by Bono and The Edge and the story goes that Bono woke up with the tune in his head then thought that the only voice who could sing this song is Roy Orbison.

How much is Cillian Murphy worth?

Cillian Murphy’s net worth is estimated to be $20 Million.

How old is Cillian Murphy?

How tall is Cillian Murphy?

Cillian Murphy is an incredible actor from Ireland. He rose to prominence with his sublime performances in both independent and mainstream films. Despite beginning his career as a rock musician, he declined a record deal and focused on his acting instead.

What do you think about Cillian Murphy’s net worth? Leave a comment below.