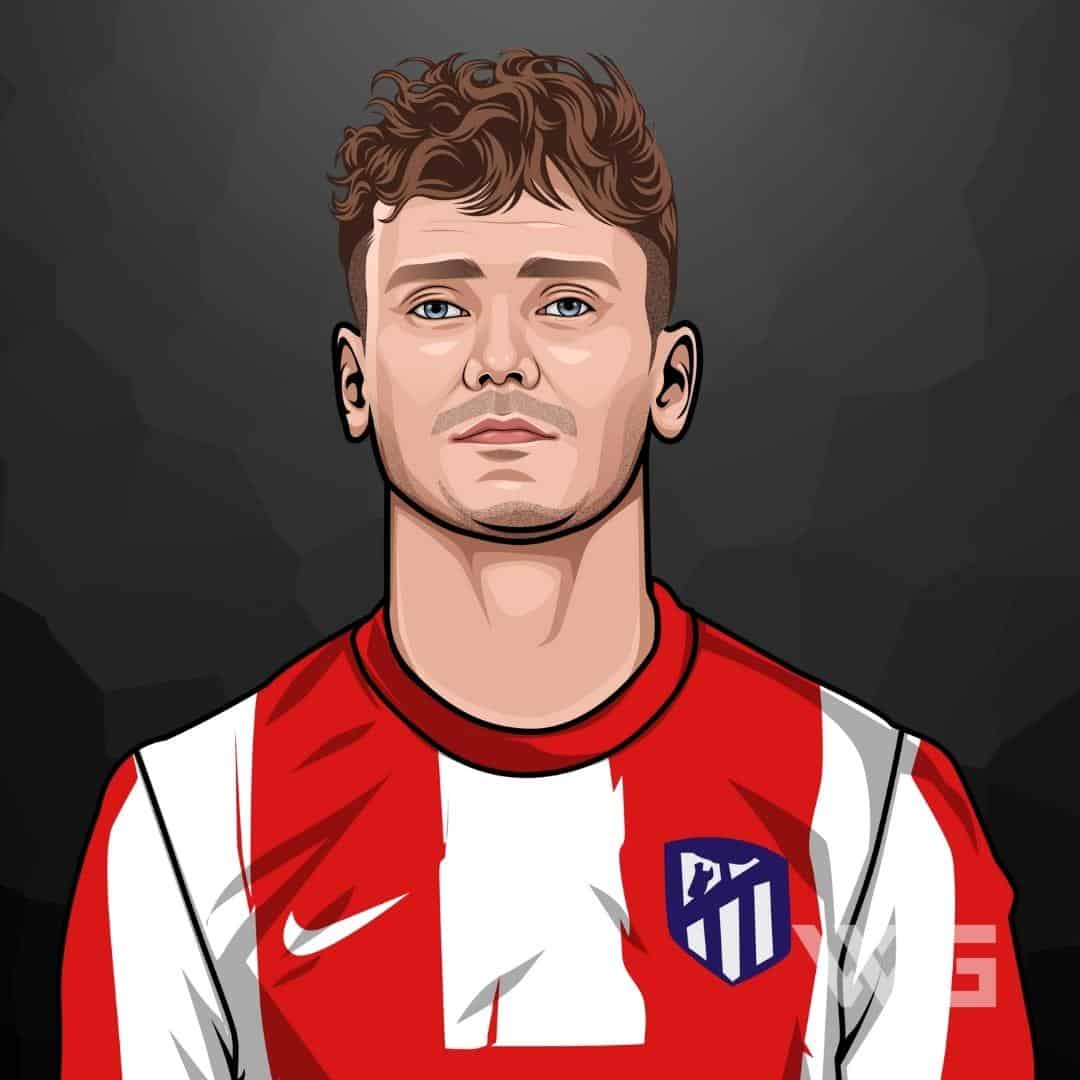 What is Antoine Griezmann’s net worth?

Antoine Griezmann is a French professional soccer player who has played for Atletico Madrid, Barcelona, and the French national team in the World Cup.

Widely considered to be among the best strikers in the game, he has scored over 100 goals in his professional career and helped his teams win many championships.

As of February 2023, Antoine Griezmann’s net worth is estimated to be $60 Million.

Antoine Griezmann was born on March 21st, 1991, in Mâcon, France, spending his summers in Portugal.

He played soccer for his hometown club, although early attempts to pass trials for professional clubs ended with rejections from the French teams he approached.

Eventually, his potential was noticed by the Spanish club Real Sociedad, and Griezmann picked up a contract and moved to Spain.

Antoine Griezmann made his professional debut for Real Sociedad in 2009, scoring several goals in his first season and helping the team reach the top league, La Liga.

By his second season, Griezmann’s performance on the pitch was exceptional, and in 2014 he was picked up by Athletico Madrid, where he participated in the Champions League.

During this time, he joined soccer icons such as Fernando Torres as one of the few players in the 21st century to have scored 100 goals.

He then moved to Barcelona, opening with another strong debut season and playing alongside Lionel Messi and enjoying multiple goal celebrations.

Antoine Griezmann also played for the French national team, both for the UEFA Championship and the World Cup in 2014 and 2018.

As with Cristiano Ronaldo, Antoine Griezmann is noted for his versatile style of play and ability to shift his playing style based on the needs of the team.

Outside of soccer, he has a range of brand endorsements that earn him millions per year, including for Dr. Dre headphones, Puma, and Gillette.

Antoine Griezmann is one of the richest soccer players in the world working today, maintaining consistently high salaries along with his signing fees.

His transfer fees and salaries for major clubs such as Atletico Madrid and Barcelona have remained consistently high since he began his professional career.

Additional income is generated through his sponsorship deal with Puma and other corporations, totaling millions of dollars each year.

With these revenue streams combined, Antoine Griezmann’s annual salary could be as high as $27 million.

With his outstanding net worth, Antoine Griezmann is hot on the heels of some of the richest athletes in the world, and his wealth looks set to continue to increase into the future.

With his multi-million dollar annual income from various revenue streams, Griezmann’s net worth is unlikely to diminish any time soon, with the soccer star continuing to score consistent goals on the pitch.

His return to Atletico Madrid in 2021 on a one-year loan opened up the option for more fees and potentially lucrative contracts that will further increase his wealth.

Antoine Griezmann began a relationship with Erika Choperena in 2011, with the couple marrying on June 15th, 2017.

They have three children together, two daughters named Mia and Alba, and a son named Amaro, all of whom were born on the same date, April 8th.

With his high-profile career playing for some of the richest soccer teams in the world, Antoine Griezmann’s career includes many high points and awards worth celebrating.

Here are some highlights from Antoine Griezmann’s career:

How Does Antoine Griezmann Spend His Money?

As one of the richest soccer players currently active in the sport, Guizmann’s vast income and net worth mean he can afford the very best real estate property and lifestyle.

His vehicle collection includes some of the most expensive cars in the world, including a Rolls Royce Wraith, a Ferrari F12 Berlinetta, and a Maserati Gran Turismo 5.

With his illustrious career as a professional soccer player including playing for some of the world’s leading teams, Antoine Griezmann has plenty to shout about.

Here are some of the best highlights of Antoine Griezmann’s career:

Antoine Griezmann has often spoken of his professional career and ambitions as a sportsman, sharing his goals and aspirations with his many fans.

Here are our favorite quotes from Antoine Griezmann:

Here are some of the best success lessons to learn from Antoine Griezmann:

1. If You Want To Be The Best, Learn From The Best

Antoine Griezmann is one of the most talented soccer players in the world, but he understands the importance of learning from the very best.

He’s known for taking notes on some of the world’s top players to improve his versatile style.

While Antoine Griezmann was rejected by many clubs as a youth player, he didn’t let this put him off from entering future trials.

His persistence paid off, with his recognition from Spanish teams leading to his career.

3. Versatility Is One Of The Biggest Strengths You Can Have

While some athletes settle into a familiar groove and excel in that domain, others try to become a master of all trades.

Antoine Griezmann demonstrates this with his ability to switch up his playing style to meet the demands of the match.

That concludes this article exploring the professional career and endorsements that helped Antoine Griezmann earn his huge net worth.

Breaking records for transfer fees and taking in tens of millions of dollars annually ensure that Griezmann’s wealth will continue to increase over the coming years.

This article will be updated to reflect his most accurate net worth, so be sure to check back in the future.

As of February 2023, Antoine Griezmann’s net worth is estimated to be $60 Million.

What do you think about Antoine Griezmann’s net worth? Leave a comment below.