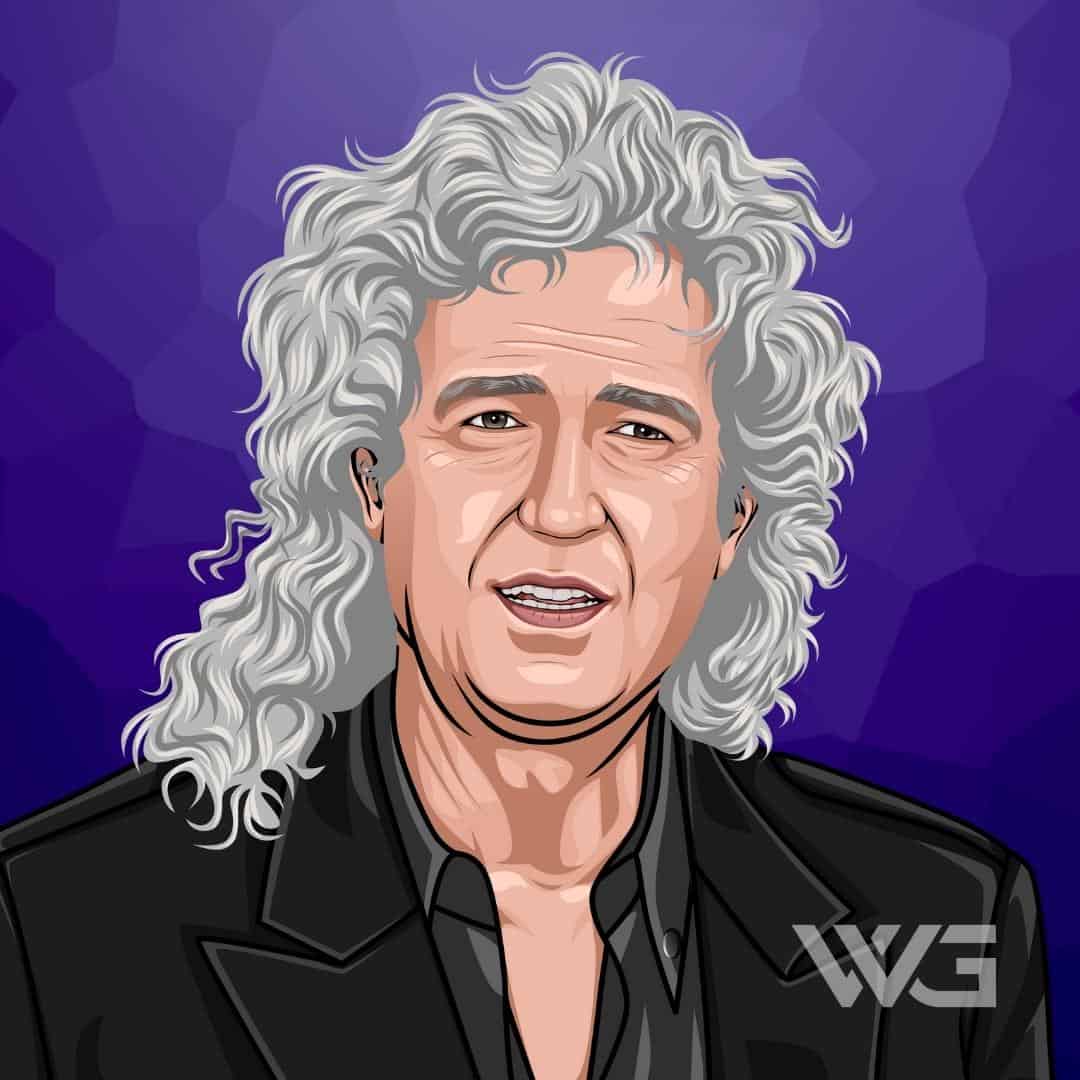 What is Brian May’s net worth?

Brain May is an English musician, singer, songwriter, and guitarist best known for being the lead guitarist for the iconic stadium rock band Queen.

He has worked with some of the biggest rockstars of all time and is widely considered to be one of the greatest guitarists in the history of rock music.

Brian Harold May was born on July 19th, 1947, in Hampton, London, to his English father, Harold, and Scottish mother Ruth.

After attending Hampton Grammar School on a scholarship, he later went to Imperial College, where he studied for an astronomy Ph.D.

In 1968 he formed the band The Smile along with Tim Staffell and Roger Taylor, with the band breaking up after two years.

Following the breakup of The Smile, Brian May teamed up with Freddie Mercury and John Deacon to form the iconic rock band Queen.

As lead guitarist and vocalist, May helped the band achieve huge success, charting for the first time with their second album, Queen II, then hitting the mainstream following the release of the single Bohemian Rhapsody.

Singles such as We Will Rock You and We Are the Champions helped Queen become the biggest stadium band of their time, selling out international tours along with millions of copies of their records.

Their Live Aid concert in 1985 is widely considered to be one of the greatest performances in rock history.

May has performed on stage with many celebrated musicians, including Guns N’ Roses guitarist Duff McKagan and Ozzy Osbourne, vocalist for Black Sabbath.

He’s also worked with some of the richest singers in the world, collaborating with Katy Perry and Lady Gaga on their music.

Since his early success with the band Queen, May’s earnings will have remained consistently high thanks to the ongoing royalties from their many albums.

Additional music projects and work as a producer for other artists, which he announced through the official Brian May website, will increase May’s annual earnings.

As one of the richest rockstars in the world, Brian May’s net worth has continued to climb over the course of his career.

Successes with the band Queen saw May earning huge sums of money at their peak, with additional growth from his many side projects.

Consistent revenue from royalties, new projects and other business ventures means this impressive net worth will likely increase over the coming years.

Brian May married his first wife, Christine Mullen, in 1976, with the couple having three children together, James, Louisa, and Emily Ruth.

After separating from Mullen in 1988, May began a relationship with actress Anita Dobson, who he married in November of 2000.

May has spoken about his struggle with depression over the years, with Freddie Mercury’s death and that of his father, being the root cause of his mental health issues.

Brian May has enjoyed a hugely successful career in the music industry and has helped reshape rock music’s nature.

Here are some highlights from Brian May’s career:

How Does Brian May Spend His Money?

As you might expect, Brian May has an extensive collection of rare and vintage guitars given his status as one of the best guitarists of all time.

As well as owning some of the most expensive guitars in the world, he owns a large, secluded property in Windlesham, England, with acres of woodland surrounding the residence.

May is also active with many charities, with a particular fondness for contributing his time and money towards causes that improve animal welfare.

With his prolific and eventful career working with some of the most respected artists in the world, May’s professional life is one of many notable high points.

Here are some of the best highlights of Brian May’s career:

Brian May has been interviewed many times over the course of his career, and has been outspoken on his political views and insightful about music.

Here are our favorite quotes from Brian May:

3 Amazing Lessons From Brian May

Now that you know all about Brian May’s net worth, we’ll take a look at the valuable lessons we can learn from his life experiences and decades-long career as a musician.

Here are some of the best success lessons to learn from Brian May:

1. Don’t Be Afraid To Reinvent Yourself

Freddie Mercury’s death and the band Queen’s breakup could easily have led to Brian May’s early retirement from music.

But despite already having an impressive net worth, May continued to perform and collaborate with musicians up to the present day.

2. Find The Time To Care About The World Around You

Brain May’s commitment to animal welfare, and the consistent work with charities he has engaged with over the years, shows the importance of putting something back in the world.

3. Study Hard To Become Great At Something Important

Outside of his music career, May has maintained a consistent interest in science, beginning with his early years at university.

So there you have it, the musical career and hit records that have helped former Queen guitarist Brian May earn his outstanding net worth.

May’s prolific career outside of Queen has seen him producing music for the leading pop singers of today, as well as working on side projects for a niche audience.

Since May’s career remains ongoing, we expect his net worth to increase and will be updating this article to include any new information.

What do you think about Brian May’s net worth? Leave a comment below.