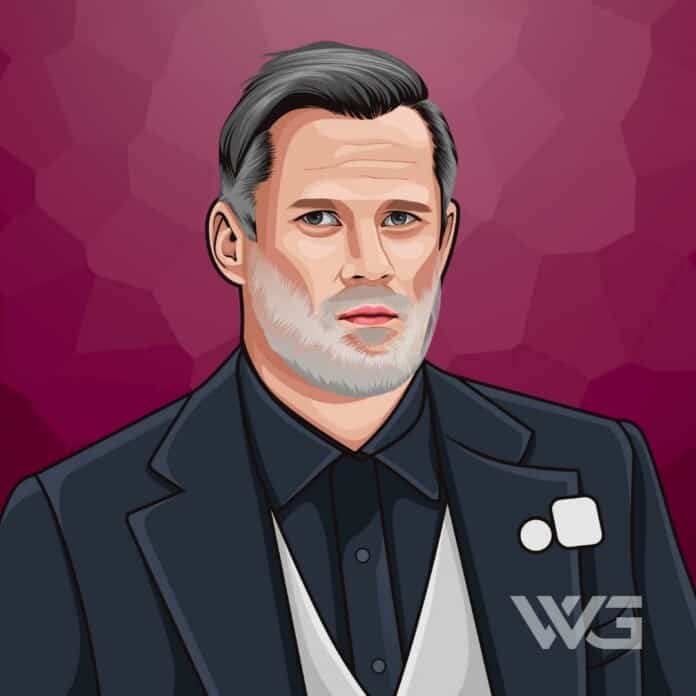 What is Jamie Carragher’s net worth?

James “Jamie” Carragher is an English retired footballer who played as a defender for Premier League club Liverpool during a career that spanned 17 years.

Carragher holds the record for the most appearances in European competition for Liverpool with 150.

As of December 2022, Jamie Carragher’s net worth is estimated to be roughly $21 Million.

James Lee Duncan Carragher was born on the 28th of January, 1978, in Bootle, Merseyside. He attended the FA’s school of excellence in Lilleshall in his youth.

Carragher’s father was also an Everton supporter, and his two middle names (Lee Duncan) are a tribute to Gordon Lee and Duncan McKenzie – manager Lee dropped McKenzie on the day of Carragher’s birth.

He made his first-team début for the “Reds” under Roy Evans in a League Cup quarter-final against Middlesbrough at the Riverside Stadium on 8 January 1997, coming on as a substitute for Rob Jones 75 minutes into a 2–1 defeat.

In the 2007–08 season Carragher reached his 500th appearance for Liverpool, for which he was made captain.

On 18 May 2009, in the match against West Bromwich Albion, Carragher was involved in an on-field clash with fellow defender Álvaro Arbeloa, and the two had to be separated by teammates Xabi Alonso and Daniel Agger.

In 2013, Carragher announced that he would be retiring at the end of the season, stating “It has been a privilege and honor to represent this great club for as long as I have and I am immensely proud to have done so since I was 9.”

Here are some of the best highlights of Jamie Carragher’s career:

“Well Xabi is entitled to his opinion our team would never criticize another but we will look to exploit his lack of pace!” – Jamie Carragher

“Thierry Henry, he was definitely the best. He was just too quick. Oh God, what a player he was. I was so relieved when he went to Barcelona. He used to have everything. You couldn’t even kick him, he was big and strong, oh, Jesus, he was a nightmare” – Jamie Carragher

“When the Champions League is at stake, … you do everything you can, whether it’s called gamesmanship or cheating, to put the opposition off.” – Jamie Carragher

Now that you know all about Jamie Carragher’s net worth, and how he achieved success; let’s take a look at some of the best lessons we can learn from him:

1. Patience is a Virtue

We first plant the seed of greatness and then we wait for it to grow, we allow it to grow; we take care of it and we protect it. Great things take time and we need to learn how to give time, time.

2. Courage is Not the Absence of Fear

3. Life is All About the Journey

How much is Jamie Carragher worth?

Jamie Carragher’s net worth is estimated to be $21 Million.

How old is Jamie Carragher?

How tall is Jamie Carragher?

Jamie Carragher is a former professional soccer player who holds the record for most European matches played for Liverpool, with 150.

Since retiring, Carragher accepted a position with Sky Sports and is a host on their “Monday Night Football” program.

As of December 2022, Jamie Carragher’s net worth is roughly $21 Million.

What do you think about Jamie Carragher’s net worth? Leave a comment below.