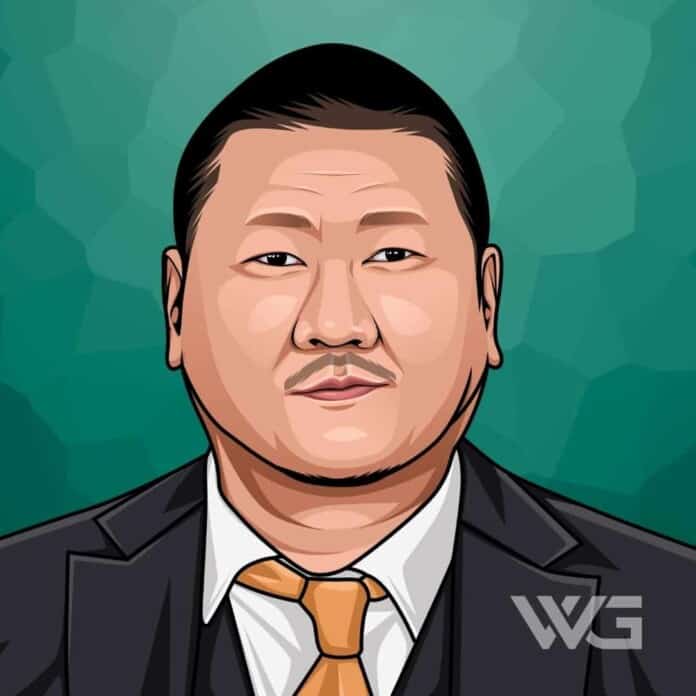 What is Benedict Wong’s net worth?

As of February 2023, Benedict Wong’s net worth is estimated to be $3 Million.

Benedict Wong is a British-Hong Kong actor who has appeared on film, television, and stage.

Wong is best known for portraying Kublai Khan in Netflix’s ‘Marco Polo’ and Bruce Ng in ‘The Martian.’ He portrays Wong in the Marvel Cinematic Universe, making his first appearance in ‘Doctor Strange.’

Benedict Wong was born on the 3rd of July, 1971, in Eccles, England. Wong is the son of parents who had emigrated from Hong Kong to the United Kingdom via Ireland.

Wong’s first role was in a 1993 BBC Radio play called ‘Kai Mei Sauce,’ written by Kevin Wong. He appeared as Errol Spears alongside Sean Lock in the situation comedy ’15 Storeys High’ and Franklin Fu in the second series of ‘Look Around You.’

In 2014, Wong played the role of Kublai Khan in the Netflix series ‘Marco Polo,’ which on 7 January 2015 was renewed by Netflix for a 10-episode second series.

Wong co-starred as Wong in the superhero film ‘Doctor Strange’ in 2016 and reprised the crossover film ‘Avengers: Infinity War’, which was one of his big breakthroughs in his career. He again reprised his role in ‘Avengers: Endgame.’

In 2016, he appeared in ‘Hated in the Nation’, an anthology series Black Mirror episode, playing Shaun Li, an agent with the National Crime Agency. The following year, he voiced the character of Alex Yu in Arkane Studios’s game, Prey.

Wong performed the voice of the Skeksis general skekVar in the Netflix series The Dark Crystal: Age of Resistance in 2019.

Here are some of the best highlights of Benedict Wong’s career:

“In Kazahkstan, you would drive five hours outside the city to where roads sort of stop being roads, and it was just in the mountains and deathly quiet. And you could only really hear the clumping of the horses, and it was a sort of beautiful silence. Like it enveloped you.” – Benedict Wong

“When you’re a kid that’s spent all your pocket money buying Spider-Man comics, and then as an adult, you’re in the Marvel Universe, and you get to meet Stan Lee – it’s wonderful.” – Benedict Wong

“I’ve been really pleasantly surprised by ‘Guardians of the Galaxy.’ I’d never really heard of that gang before, that comic series before. And I think when you go into those, watching those sorts of films, you watch them with no expectation as well, so you’re always kind of pleasantly surprised, I think.” – Benedict Wong

“Let’s bang the gong and chime for more Asian superheroes. The gatekeepers can certainly open the door – there’s a wealth of East Asian talent around, and that needs to be tapped into.” – Benedict Wong

Now that you know all about Benedict Wong’s net worth and how he achieved success; let’s take a look at some of the lessons we can learn from him:

1. Life Will Hit You Hard

But the important thing is regardless of how hard you’re hit; you keep moving on. Having the ability to endure no matter what challenges are thrown your way is the key to winning in life.

You only have one life in this body, so make the most of it by creating something that adds value to those around you.

You will only grow to the limits that you place on yourself and let others place on you. To truly reach your potential, you must forget limits and realize you will never reach your full potential in this lifetime.

How much is Benedict Wong worth?

Benedict Wong’s net worth is estimated to be $3 Million.

How old is Benedict Wong?

How tall is Benedict Wong?

Benedict Wong is an English actor who starred in movies such as ‘The Martian,’ ‘Doctor Strange,’ ‘Avengers: Endgame, ‘ and ‘Gemini Man.’

As of February 2023, Benedict Wong’s net worth is estimated to be roughly $3 Million.

What do you think about Benedict Wong’s net worth? Leave a comment below.