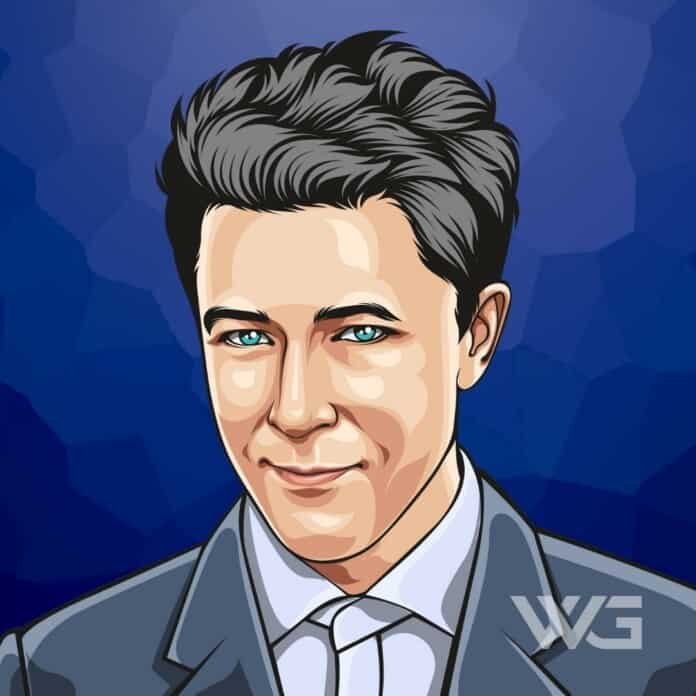 What is Aiden Gillen’s net worth?

As of December 2022, Aiden Gillen’s net worth is estimated to be roughly $8 Million.

Aiden Gillen is an Irish actor from Dublin, Ireland. Gillen is best known for his portrayal of Petyr “Littlefinger” Baelish in the HBO series ‘Game of Thrones’, Dr. J. Allen Hynek in The History Channel’s ‘Project Blue Book’.

Aiden Gillen was born on the 24th of April, 1968, in Dublin, Ireland. He is the son of a nurse mother and an architect father. He has three siblings, actress Fionnuala Murphy, teacher Patricia Murphy, and playwright John Paul Murphy.

His association with the Dublin Youth Theatre began when he was a teenager. He performed as Nick Bottom in their production of ‘A Midsummer Night’s Dream’, which was staged at the Project Arts Centre in Dublin.

Gillen’s career began in 1987 when he debuted on the big screen in Jack Clayton’s directorial venture ‘The Lonely Passion of Judith Hearne’. Gillen played various small roles in projects like ‘The Courier’, ‘The Play on One’, ‘Screenplay’, ‘Gold in the Streets’, and ‘Buddy Boy’.

In 2004, he garnered a Tony nomination for his outing as Mick in the Broadway production of ‘The Caretaker’, which was performed at Roundabout Theatre.

In HBO’s critically acclaimed drama series ‘The Wire’, Gillen essayed the role of politician Thomas J. “Tommy” Carcetti in 35 episodes between 2004 and 2008.

He played CIA operative Bill Wilson in the DC superhero film ‘The Dark Knight Rises’ (2012). In the original script, his character was referred to simply as “CIA”. It is in the novelization of the film that his name has been mentioned.

Here are some of the best highlights of Aidan Gillen’s career:

“There’s no way the writing staff of ‘Game of Thrones’ haven’t read ‘The Art of War.’ There’s definitely an influence on ‘Game of Thrones’ from this book in both a general way and on the character of Lord Baelish and his strategies.” – Aidan Gillen

“Both ‘The Wire’ and ‘Queer as Folk’ had a big scope. They were panoramas, telling ambitious stories about two cities, Baltimore and Manchester, for the first time.” – Aidan Gillen

“Everything’s borne out of the human experience, of course – rejection, humiliation, poverty, whatever. People aren’t born bad, no matter how harsh the circumstances. There is a person in there, and that person is not made of ice.” – Aidan Gillen

“You’re Ugly Too’ isn’t a comedy, but it has a lightness of touch with a hard edge. But it’s essentially a warm story tinged with a bit of melancholy in the great Irish tradition. I’m very proud of that film.” – Aidan Gillen

“I like the Edinburgh Film Festival, and I’ve liked what I’ve experienced of Glasgow’s Film Festival too.” – Aidan Gillen

3 Lessons from Aiden Gillen & his Games of Thrones character Littlefinger

Now that you know all about Aidan Gillen’s net worth, and how he achieved success; let’s take a look at some of the strongest lessons we can learn from him:

Be patient. Littlefinger took a risk, then sat tight for three-and-a-half seasons, waiting for his chance to seize power. One day, your boss will die. Sooner, if you can get his PA to sprinkle rat poison in his salami-on-sourdough.

2. Get Someone Else To Do Your Dirty Work

Why get blood on your hands when they could be soapy-smelling and lily-white, while the nearest satanic brat takes the rap? Also: Sean Bean’s right hard so don’t risk it.

3. Take Charge Of Your Life

Let go of all the stuff you can’t control and start using your time to master what you can control – your own destiny. And the TV remote.

How much is Aidan Gillen worth?

Aidan Gillen’s net worth is estimated to be $8 Million.

How old is Aidan Gillen?

How tall is Aidan Gillen?

His other memorable roles include Stuart Alan Jones in the Channel 4 series ‘Queer as Folk’, Tommy Carcetti in the HBO series ‘The Wire’, and Dr. J. Allen Hynek in The History Channel’s ‘Project Blue Book’.

As of December 2022, Aiden Gillen’s net worth is approximately $8 Million.

What do you think about Aidan Gillen’s net worth? Leave a comment below.