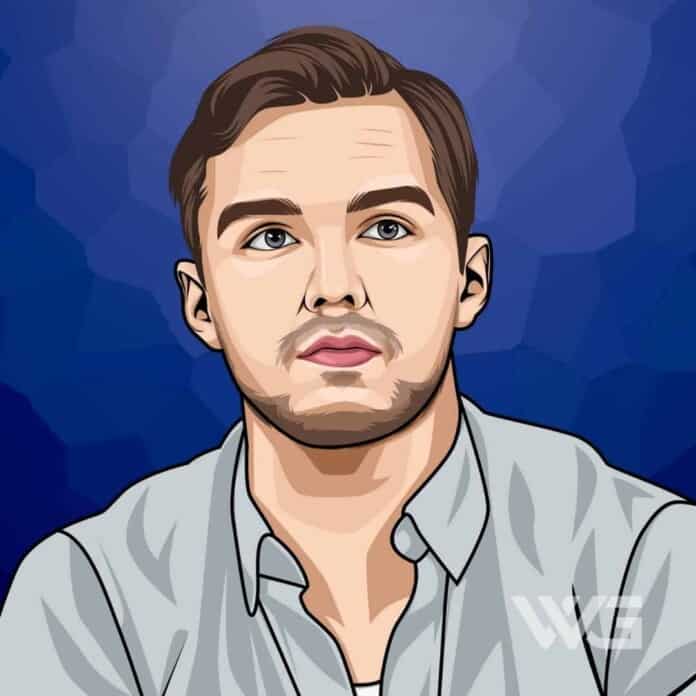 What is Nicholas Hoult’s net worth?

As of December 2022, Nicholas Hoult’s net worth is roughly $8 Million.

Nicholas Hoult is an English actor from Berkshire, England.

His body of work includes supporting work in big-budget mainstream productions and starring roles in independent projects in both the American and the British film industries.

He has been nominated for such awards as a British Academy Film Award, and a Critics Choice Award.

Nicholas Caradoc Hoult was born on the 7th of December, 1989, in Berkshire, England. His mother is a piano teacher and his father is a retired British Airways pilot.

He followed in the footsteps of his elder siblings and even started practicing ballet. He started studying in the ‘The Coombes CE Primary School’ in Arborfield, Berkshire, before moving on to the ‘Arborfield Church of England Junior School’.

By 2001, Hoult had established himself as a talented young amateur actor. This was evident from his numerous appearances on TV shows that year like, ‘The Bill’, ‘Magic Grandad’, ‘Holby City’, ‘Doctors’, ‘Walking the Dead’, and ‘World of Pub’.

In 2007, he was also seen in the TV movie ‘Coming Down the Mountain’. The next year, he made an appearance as Stefan on the show ‘Wallander’ in the episode ‘Sidetracked’.

Hoult’s most famous role came in 2011 when he portrayed the character of Henry ‘Hank’ McCoy or Beast in the movie ‘X-Men: First Class’.

In 2016, he voice acted in the role of Ace in the animated movie ‘Underdogs’ and appeared as Casey in the movie ‘Collide’.

2017 turned out to be a great year for the British actor, as Nicholas Hoult was seen in several critically acclaimed roles in movies like ‘Newness’ and ‘Sand Castle’.

Here are some of the best highlights of Nicholas Hoult’s career:

“It’s always a bit overwhelming when you arrive on set and everyone’s new, but you soon become a big family. I find the hardest thing about acting is that you have to say goodbye to everyone at the end of a shoot.” – Nicholas Hoult

“I’m not one of those people who’s saying “I’m going to set up a production company”, because I like acting and not having to be a businessman and do that side of things.” – Nicholas Hoult

“Nowadays we have so many things that take our attention – phones, Internet – and perhaps we need to disconnect from those and focus on the immediate world around us and the people that are actually present.” – Nicholas Hoult

“As you’re growing up, it’s odd, because directors don’t expect you to grow up. They think you’ll be young forever, but as an actor, there is an awkward period when you’re too young for old or too old for young, and it can be an odd time.” – Nicholas Hoult

“By the time I was 14, I was about six feet. I remember going into auditions, and they’d look at how tall I was and say, ‘Well, you’re taller than the lead actor, so there’s no way we can cast you.” – Nicholas Hoult

Now that you know all about Nicholas Hoult’s net worth, and how he achieved success; let’s take a look at some of the lessons we can learn from him:

Focus on making yourself better, not thinking that you are better.

Actions speak louder than words, and a smile says, ‘I like you. You make me happy. I am glad to see you.

There came a time when you realized that moving on was pointless. That you took yourself with you wherever you went.

How much is Nicholas Hoult worth?

Nicholas Hoult’s net worth is estimated to be $8 Million.

How old is Nicholas Hoult?

How tall is Nicholas Hoult?

Hoult is best known for playing the role of Beast in the ‘X-Men: First Class’, ‘X-Men: Days of Future Past’, and ‘X-Men: Apocalypse’.

Hoult earned a ‘Golden Nymph Award for Best Actor in a Drama Series’ nomination for his portrayal of Tony Stonem on the TV show ‘Skins’.

As of December 2022, Nicholas Hoult’s net worth is estimated to be $8 Million.

What do you think about Nicholas Hoult’s net worth? Leave a comment below.