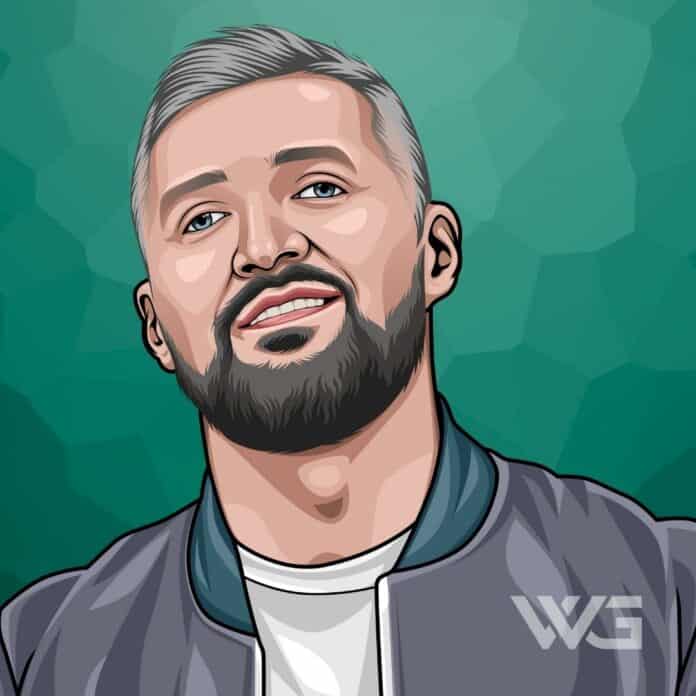 What is Carl Froch’s net worth?

Carl Froch is one of the most successful former professional boxers in the world and he’s earned millions from his fights.

While he retired from the boxing ring in 2014, he now works as a boxing analyst and commentator, bringing in more money to continue growing his fortune.

When he was young, Froch wanted to become a footballer for the Nottingham Forest team, though he ultimately became interested in boxing, starting out at the Phoenix ABC in Gedling.

Froch fought as an amateur from 1999 to 2001, winning two ABA middleweight titles and a bronze medal at the Worlds Amateur Boxing Championships before he entered the professional boxing circuit.

Carl Froch made his professional boxing debut in 2002 at the York Hall in Bethnal Green, London, where he fought against veteran Michael Pinnock.

Froch won his first match by a technical knockout and followed this fight with four more wins the same year, winning them all with first-round knockouts.

In 2008, Froch fought Jean Pascal for the WBC super middleweight title, which he won by unanimous decision after beating Pascal in a 12-round brawl.

It was later revealed that Froch fought Pascal with a perforated eardrum and a cracked rib that had occurred during a sparring match before the fight, though he still managed to fight and win.

As the IBF super middleweight champion, Froch beat Lucian Bute and Yusaf Mack in 2012 to retain his title.

In 2013, Froch fought Mikkel Kessler in a rematch that left Froch victorious by unanimous decision.

Froch’s last two career fights in 2014 were against George Groves, both of which Froch won by knockout, with his last rematch against Groves being dubbed the Knockout of the Year by The Ring.

While he falls just short of being one of the richest boxers in the world, Carl Froch has still amassed a small fortune for himself.

Although we don’t know everything about his earnings, we do have some information about particular fights.

While he may not have had the huge paydays that Manny Pacquiao or Floyd Mayweather enjoyed during their careers, Carl Froch has certainly done well for himself.

Carl Froch married his wife Rachael, a British glamour model, in 2019, and the couple has three children; a son, Rocco, and two daughters, Natalia and Penelope.

Carl Froch has won many fights throughout his career and earned numerous accolades.

While all of his victories have been significant, some stand out more than others.

Here are some of the most prestigious awards and titles Carl Froch has earned:

Carl Froch may not be the most well-known boxer in the mainstream, but he has earned more than his share of prestigious awards and titles during his career in the ring.

How Does Carl Froch Spend His Money?

Froch isn’t afraid to spend his fortune, and in 2020, he went public with his plans to help build affordable homes in Nottingham, England.

Carl Froch has joined forces with Aaran Bailey, a Nottingham property developer, in a joint venture to develop apartments and homes at an affordable price for low-income residents.

Although we don’t know much about the home Froch personally lives in, it is nice to see someone using their wealth to benefit those around them.

Though he may very well have treated himself to one of the most expensive Lamborghinis in the world and just hasn’t made it public yet.

Carl Froch has reached many milestones throughout his career that have helped make him one of the most successful boxers in the sport.

While all of his achievements have been impressive, some are more significant than others.

Here are some of the best highlights of Carl Froch’s career:

Carl Froch has done a lot during his time in the ring, and he’s certainly left a lasting mark on the industry.

Carl Froch may not be the most outspoken boxer in the sport, but he’s not afraid to speak up when needed.

From the few interviews he has done, Froch has said a few things that have given fans an insight into how he approaches boxing.

Here are our favorite quotes from Carl Froch:

There are a lot of great lessons to learn from Carl Froch and his impressive boxing career.

Now that you know all about Carl Froch’s net worth, we can look more closely at what he can teach us about reaching our own goals.

Here are some of the best success lessons to learn from Carl Froch:

While you should take time to have fun to prevent burnout, you should also make sure not to slack off when there is work to be done.

If you don’t consistently work hard, you could fall behind on your goals and set yourself back on the road to success.

No matter how skilled you are at something, you should constantly be working to improve them so that they don’t get rusty.

Honing your skills is something that you need to do constantly so that you stay on top of your game.

Giving up is easy, but fighting through the hard times is what every successful person needs to do.

If you give up too soon, you’ll never know what opportunities you’ve missed out on that could have kickstarted a whole new chapter in your life.

Former professional boxer Carl Froch was a titan in the ring before he retired, and he’s earned millions for his skills.

While he has since retired, his net worth continues to increase as he works as a commentator and analyst.

Make sure to check back regularly to see just how much Froch’s fortune will continue to grow!

What do you think about Carl Froch’s net worth? Leave a comment below.

Dany Heatly is a former ice hockey winger who has earned millions playing for numerous teams, including the Atlanta Thrashers and Anaheim Ducks.