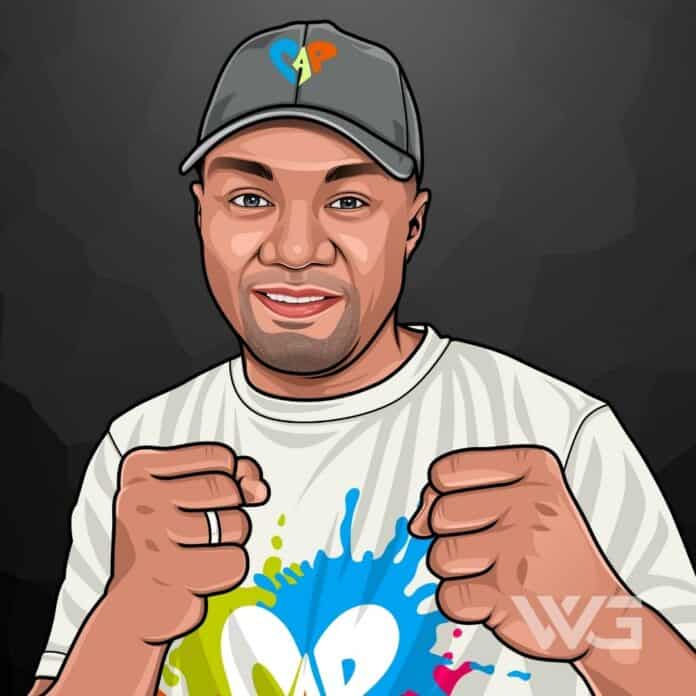 What is Felix Trinidad’s net worth?

Felix Trinidad is a retired professional boxer from Puerto Rico, known for winning multiple world championships over the course of his career.

He has retained his championship titles on many occasions and moved into wrestling following his retirement from professional boxing.

As of November 2022, Felix Trinidad’s net worth is estimated to be $30 Million.

Félix Juan Trinidad García was born January 10, 1973, in Fajardo, Puerto Rico, to a Peurto Rican family, moving to Cupey Alto as a child.

Here, he was raised in the same district as his future wife, Sharon Santiago, whom Felix attempted to impress as a young man with his red Ford Mustang.

Trinidad took up amateur boxing in his youth, winning a total of 42 fights against three losses before turning professional at the age of 17.

He defeated Maurice Blocker to claim the title in 1993, which brought him to the attention of Don King, the legendary boxing promoter.

Soon, Trinidad had earned a reputation as one of the best Puerto Rican boxers of all time, joining the ranks of Miguel Cotto and Juan Laporte.

In 2000, Trinidad moved to the light middleweight division, fighting Fernando Vargas the same year and knocking him down to claim victory.

He continued to box through to 2009 when he retired from the sport and began participating as a guest referee for the World Wrestling Council.

While Felix Trinidad’s career earnings fall short of the richest athletes in the world, he’s nevertheless secured a high income during his time as a professional boxer.

Over the course of his career, Trinidad earned an estimated $85 million in total prize money, much of which he earned between the mid-1990s and mid-2000s.

His retirement from boxing has seen a decline in his overall earning capacity, although he continues to earn through his wrestling career.

At the height of his career, Felix Trinidad’s net worth was reportedly significantly higher than his current amount, with the star facing bankruptcy in 2017.

Along with his father, he lost an estimated $63 million through these investments, reducing his net worth to its current status.

During his early years, Felix Trinidad entered a relationship with Sharon Santiago, whose father objected to her becoming involved with an athlete.

The couple eventually married after he won her family’s trust, and they have four daughters together.

Trinidad maintains his official Instagram account, where his following of dedicated fans are kept in the loop about his latest wrestling activities.

Felix Trinidad has fought some of the richest boxers in the world and has an impressive career record in three weight classes.

In these classes, he’s won several world championships, with many knockout victories to his name.

Here are some notable victories and championship wins from Felix Trinidad’s career:

These are just a few examples of his accomplishments, with the champion also successfully defending his titles on many occasions.

Since his retirement from professional boxing, he’s worked closely with professional wrestling, with more success likely to come from his new ventures.

How Does Felix Trinidad Spend His Money?

Little is known about how Felix Trinidad spends his money, particularly given his experiences with the Puerto Rican government bonds and the loss of a significant amount of net worth.

He expressed interest in purchasing the Changos de Naranjito in 2010, a professional volleyball team based in Puerto Rico.

A set of boxing gloves signed by Trinidad was auctioned at Sotheby’s in 2019, although the lot only sold for $90.

Trinidad’s successful winning streak as a professional boxer has earned him his place in the sport’s history as one of the best boxers of all time.

His career highlights have often seen him retain his titles, making a comeback on two separate occasions.

Here are some of the best highlights of Felix Trinidad’s career:

It’s an impressive list of career high points that marks Trinidad as a true champion and master of his craft.

His ongoing activities in wrestling and other business ventures should mean Trinidad has more opportunities for success in the future.

Felix Trinidad’s impressive career as a world champion, with many other boxing victories to his name, makes him a valuable source of inspiration.

He’s shared his insights into the sport on many occasions, discussing what he sacrifices for the training and how he wants to be remembered.

Here are our favorite quotes from Felix Trinidad:

Now that you know all about Felix Trinidad’s net worth, we’ll explore some of the ways his life and experiences can act as an inspiration.

He’s shown incredible dedication to his training regime and fans, inspiring many others to work hard and achieve success.

Here are some of the best success lessons to learn from Felix Trinidad:

1. Be Wary Of How You Invest Your Money

Felix Trinidad’s massive drop in net worth and assets due to his investment in government bonds is a sound lesson to everyone about investing.

Make sure you spread investments across multiple domains instead of putting all of your proverbial eggs in one basket.

2. Don’t Give Up On Your Dreams

From an early age, Trinidad pursued a relationship with his future wife, with several rejections and disapproval from her father not deterring his hopes.

The dedication paid off, with Trinidad marrying his childhood sweetheart and having several children together.

3. Never Rule Out A Comeback

Felix Trinidad has had not just one amazing comeback as a boxer, but two, each time proving he still had what it takes to emerge victorious.

That concludes this article exploring the professional boxing career and net worth of Puerto Rican boxer Felix Trinidad.

His net worth might have fallen significantly since the peak of his career, but he’s still got skin in the game when it comes to professional sports.

With his ongoing work in wrestling, his net worth will likely change again, so be sure to refer back to this article for the updated version covering the latest details.

As of November 2022, Felix Trinidad’s net worth is estimated to be $30 Million.

What do you think about Felix Trinidad’s net worth? Leave a comment below.