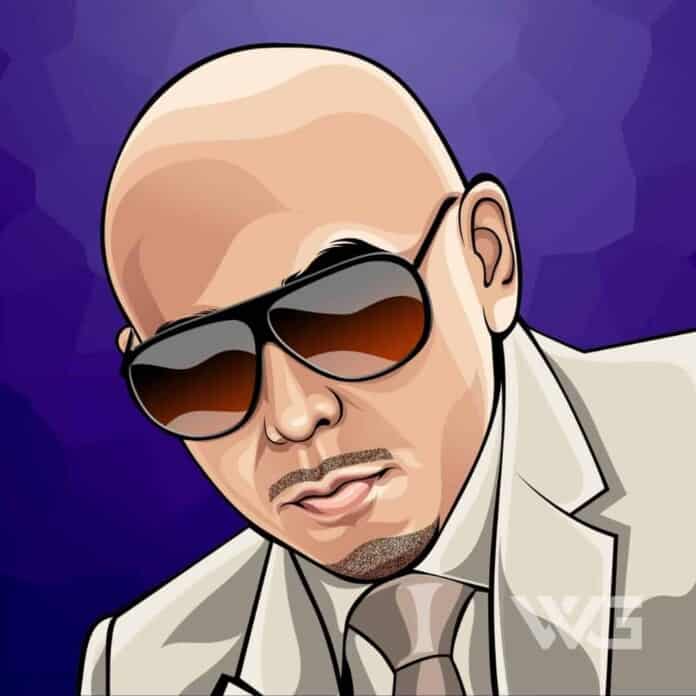 What is Pitbull’s net worth?

As of November 2022, Pitbull’s net worth is estimated to be roughly $100 Million.

Armando Christian Perez, better known by his stage name Pitbull, is an American rapper from Miami.

His first recorded mainstream performance was on a solo track from Lil Jon’s 2002 album Kings of Crunk. In 2004 he dropped his debut album ‘M.I.A.M.I’ and after that, he became a pop icon.

Armando Christian Perez was born in Miami, Florida on the 15th of January, 1981. When Perez was 3 years old he could recite the works of Cuba’s national hero and poet, Jose Marti.

Growing up he was influenced by the Miami bass genre of pop music.

His parents separated when he was young and he was raised by his own mother. He attended South Miami Senior High School before graduating from Miami Coral Park High School.

Pitbull began his musical career in 2002 when Lil Jon gave Pitbull his first rapping break. In 2004, Pitbull released his first solo album with TVT Records. Some chart-topping tracks from the album are: ‘Culo’, ‘Dammit Man’ and ‘Back Up’.

In 2007, Pitbull came out with his third album, ‘The Boatlift’. He has collaborated with some of the best artists in the industry including likes of Trina, Lil Jon, and Kesha.

In 2009, he released his fourth album. Some famous tracks from the album are ‘I Know You Want Me’, ‘Hotel Room Service’ and, ‘Blanco’.

For his constant grooving and pop tracks, he received humungous crowds for his concerts which were ‘Planet Pit World Tour, ‘Rebelution Tour’, ‘North American Tour’ and ‘Pitbull Live in Hong-Kong.

As of November 2022, Pitbull’s net worth is estimated to be roughly $100 Million.

Here are some of the best highlights of Pitbull’s career:

“I always wanna be able to fight, I always wanna be able to go left when they tell me to go right, not because I’m being hard-headed, it’s just me taking a creative stance. I have no problem with constructive criticism, but, at the same time, I have a problem with doin’ the same thing that everybody’s doin’. And that’s the way I’ve found a way to survive in the music game.” – Pitbull

“Humor is everything. Everything. Usually, the negatives turned out to be the most positive for me. In the music industry, any other artist would have looked at the situation I was in and thought, “Oh man, this is not for me.” I looked at it more like Darwin exploring the Galápagos Islands. You know – survival of the fittest.” – Pitbull

“I think that the reason my records are able to live forever in the club is because I actually like to be in the club. I don’t go to the club to do VIP or get bottles or nothin’ – I go to the club, I enjoy the people, I see what the people are vibin’ off, and I see what makes me go crazy in the club also, and that has a lot of influence on what I bring to the table when I’m thinking of making a big club record.” – Pitbull

“As far as the fans, I always say it because it’s the truth: without them, I’m absolutely nothing.” – Pitbull

“Now, with the Internet, you’re either five years ahead or you’re five years behind, and the music game is catchin’ up right now.” – Pitbull

View our larger collection of the best Pitbull quotes!

3 Rules for Success from Pitbull

Now that you know all about Pitbull’s net worth, and how he achieved success; let’s take a look at some of the lessons we can learn from him:

1. You Can Always Shake More

If you think you’ve hit the ceiling on “shaking it,” you’re wrong. Dead wrong.

People will say ‘you can’t, you won’t, you never will.” That kind of things has to make you brave. ‘No’ is great. Prove people they’re wrong by doing good.

As you start to grow, you look back and you go wow, wait a second. Grow like a flower, bad things can come and good things. The point is that you’ll grow either way.

How much is Pitbull worth?

Pitbull’s net worth is estimated to be $100 Million.

How old is Pitbull?

How tall is Pitbull?

Pitbull is known as the King of pop. He’s popular worldwide and between September 2017 and September 2018 he earned $35 million between touring, endorsements and royalties.

That was enough to make him one of the 10 highest-paid rappers on the planet.

As of November 2022, Pitbull’s net worth is approximately $100 Million.

What do you think about Pitbull’s net worth? Leave a comment below.