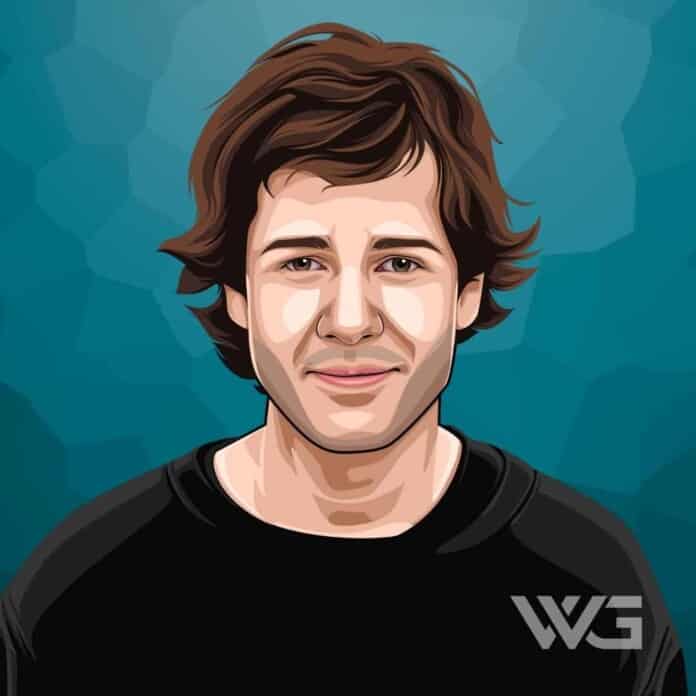 What is David Dobrik’s net worth?

He is best known for being the “leader” of the popular YouTube ensemble The Vlog Squad. Dobrik began his career on Vine before creating his own YouTube channel.

David Julian Dobrik was born on the 23rd of July, 1996, in Kosice, Slovakia. He has two younger sisters, Ester and Sara, and a younger brother Toby.

His sister Ester also has a YouTube channel, but David is not very supportive of her career choice, and he has refused to promote her channel on his social media.

For David everything started on April 3 2013 when he posted his first video clip on Vine. The app was known for six second comedy videos which included pranks, sketches and sing offs.

Having reached a decent amount of followers on Vine, David decided to start making You Tube videos. Collaboration channels were very popular at the time, so he joined a channel called Second Class, which was run by five other people.

Growing in popularity thanks to Vine and a collaboration channel, David created his own channel at the end of 2014, called David Dobrik.

He then decided to create a Vlog Squad that would help him make more success. David’s work ethics and creative editing style had soon paid off and he gained over a million subscribers in a year.

In 2017 he decided to create his second channel called David Dobrik Too. On it he would post videos that are unrelated to his comedy skits. David Dobrik Too consists of bloopers, challenge videos with his girlfriend Liza or Q&As. In less than a year he managed to attract 4.6 million people to that channel.

How Does David Dobrik Spend His Money?

David Dobrik owns a $2.5 million home in Los Angeles, which features an in-house recording studio and a multitude of cars, including a Tesla and Ferrari.

In 2016, Dobrik bought himself a Tesla, which often would be shown on his YouTube channel. He enjoys surprising his friends and family with gifts such as cars.

Here are some of the best highlights of David Dobrik’s career:

“I met Liza Koshy around that time and she was filming a vlog and I really liked that it was a small camera and you could just record your whole day. That was so cool! I filmed my first vlog and I think it worked because I wasn’t trying to make it work. I was just doing it for my own enjoyment.” – David Dobrik

“If you’re in it for the money, there is no way you will ever make it! Never. That’s not going to get you there at all. I just made fun video with my friends. That’s the key.” – David Dobrik

“You Tube is temporary. It’s like, ‘How long can one keep this up for?’ And that’s why I do interviews like this. Because maybe someone will watch this and get me a job as a manager at a movie theater one day.” – David Dobrik

View our larger collection of the best David Dobrik quotes!

Now that you know all about David Dobrik’s net worth, and how he achieved success; let’s take a look at some of the lessons we can learn from him:

When your dominant business focus is to deliver outrageous amounts of value to your customers every time they do business with you, they become fanatical followers who tell the world about what you do.

To become successful, first learn how to be happy. Too many think that the route to happiness is to get successful. Untrue.

Real leaders have the guts to have the hard conversations.

How much is David Dobrik worth?

David Dobrik’s net worth is estimated to be $20 Million.

How old is David Dobrik?

How tall is David Dobrik?

David Dobrik has nearly 14 million subscribers on his YouTube channel and also had more than one million followers on Vine. Dobrik was nominated for a Streamy Award for Audience Choice Creator of the Year in 2017.

What do you think about David Dobrik’s net worth? Leave a comment below.

What is Faze Swagg's net worth?  Introduction  Faze Swagg is a...