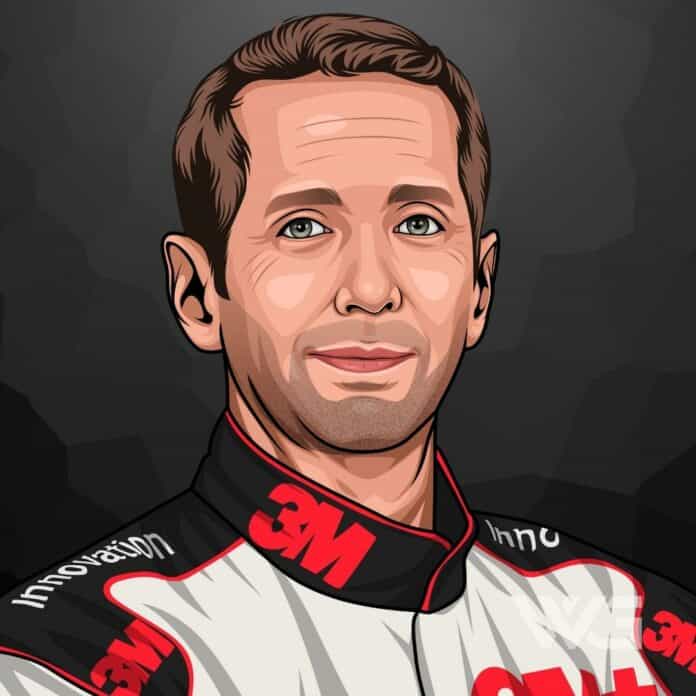 What is Greg Biffle’s net worth?

Greg Biffle is an American semi-retired professional stock car race car driver who has won many NASCAR races throughout his career.

In addition to racing stock cars, Biffle has won championships in various Truck series events and competed in 24 Hours of Daytona.

Gregory Jack Biffle was born December 23, 1969, and was raised along with his brother Jeffrey by his parents, Jack Biffle II and Sally Frye.

He comes from German and English ancestry, with his ancestor Johannes Büffel settling in North Carolina after moving from Contwig in Western Germany.

Raised in Washington, Greg Biffle became enthusiastic about racing as a teen, beginning racing on short tracks around the Pacific Northwest before turning professional.

Greg Biffle’s professional career began in the mid-1990s with the Winter Heat Series televised broadcast, leading to his recommendation to Jack Roush.

By 1997, Biffle has entered the NASCAR Northwest Series, winning the Most Popular Driver award and paving the way to full-time driving.

He has raced with many organizations over the years, including with the Craftsman Truck Series in the late 1990s and the Nationwide Series beginning in 2001.

While racing in the cup series with teammate Carl Edwards, Biffle rose through the ranks of American racers, setting records for consecutive races.

In addition to achieving fame and recognition on par with iconic drivers such as Denny Hamlin, Biffle has excelled in the Stadium Super Truck series.

Throughout his career, he’s won many NASCAR Nationwide Series races and races with the NASCAR Camping World Truck series.

Throughout his career, Greg Biffle has enjoyed consistently high career earnings, particularly during the peak of his career during the late 1990s through to the 2010s.

Over the course of his run competing in the NASCAR Cup series, he took home an estimated $75 million, and in 2008 alone, he earned over $8 million.

With Biffle’s racing career far from over, his net worth is likely to continue to climb as he competes at events such as the International Race of Champions.

With his career spanning decades and racing with some of the biggest racing teams in America, Greg Biffle has enjoyed ongoing net worth growth.

Huge salaries combined with brand endorsements have helped make him one of the richest athletes in the world, with his wealth increasing in recent years.

His work as an analyst for NBC Sport’s NASCAR America, combined with sporadic upcoming races, will see continuing net worth growth as his career continues.

In 2007, Greg Biffle married Nicole Lunders, having a daughter called Emma Elizabeth in 2011 before the couple separated in 2015.

A keen fisherman, Biffle owns a factory-sponsored fishing boat in Mexico, which the racing star uses to enjoy deep-sea fishing in his spare time.

He has several social media pages, with his official Twitter account posting updates on everything from his professional events to his business ventures.

As well as being one of the richest racing drivers in the world, Greg Biffle has picked up many awards and victories over his career in NASCAR.

He’s won many races in various categories, establishing himself as a hugely successful racer able to compete with the very best.

Here are some notable trophies and awards from Greg Biffle’s career:

With Biffle continuing to race part-time and work as a commentator and analyst, his list of achievements will continue to expand.

How Does Greg Biffle Spend His Money?

A multi-millionaire race car driver, Greg Biffle is expected to own some of the most expensive cars in the world, but he prefers to spend his money on light aircraft.

His Florida home is modest compared to some of the mansions owned by other rich sports personalities, with a large mooring for luxury yachts near the entrance.

With a career spanning from the 1990s to the late 2010s, and with Biffle still racing part-time, his career has seen a long run of notable high points.

He’s partnered with some of racing’s most successful drivers and won many cups and championships over the years.

Here are some of the best highlights of Greg Biffle’s career:

We can anticipate more great high points from Greg Biffle over the following years as he expands his media presence and continues his involvement in motorsports.

With decades of experience driving in many tournaments and championships, Greg Biffle has shared many insights into the nature of the sport.

These include the differences between racing categories and how drivers need to adapt to meet these various challenges.

Here are our favorite quotes from Greg Biffle:

Now that you know all about Greg Biffle’s net worth let’s examine some of the lessons on life and success we can learn from his career.

Biffle has proven himself successful in multiple racing classes, ranging from the Camping World Truck to the NASCAR Sprint Cup.

Here are some of the best success lessons to learn from Greg Biffle:

1. Always Seek Out New Experiences To Expand Your Skills

While Greg Biffle is best known as a stock car racer, he’s not afraid to get behind the wheel of different vehicles to test his driving skills.

He’s also raced trucks and competed in the Daytona 500, proving himself a capable and diverse driver.

2. Share Your Financial Success With Those Who Need It

Biffle’s impressive net worth has been used for more than just his collection of aircraft and other luxury items.

He’s also invested his time and money in charities, giving back to his community and helping others overcome life challenges.

3. Make Sure You Plan For The Future

Greg Biffle understands the importance of planning ahead, and chose to enter semi-retirement, so he could make a smooth transition from racing to commentary.

That concludes this complete guide to the life, professional career, and earnings of NASCAR driver Greg Biffle.

He continues to race while expanding his repertoire to include commentary, so we can expect his net worth to increase in the future.

We’ll update this article to provide the most up-to-date information, so check back again for the details.

What do you think about Greg Biffle’s net worth? Leave a comment below.