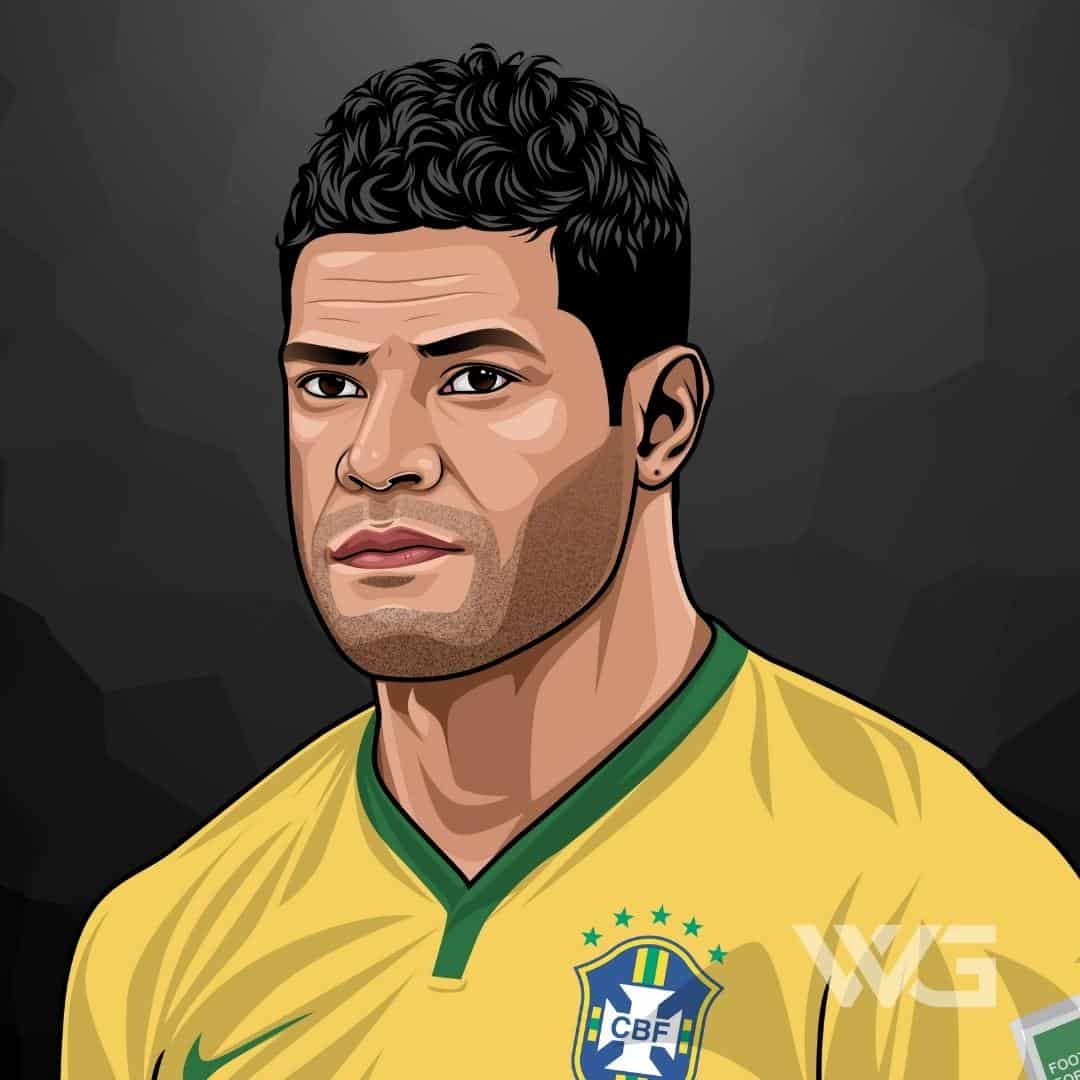 What is Hulk’s net worth?

Hulk is a strongly built Brazilian winger and attacking forward, who burst onto the European soccer scene at Porto in Portugal.

This wealthy professional soccer player has since played in the Europa League and in both Russia and Japan.

He was a member of the 4th-placed Brazilian team in the 2014 FIFA World Cup and is currently representing Shanghai SIPG in the Chinese Super League.

His mother, Maria do Socorro Souza, and his father, Jovan Souza, could never imagine that one day their son would be a celebrated international soccer star.

He was born into a large Christian household that consisted of himself and his seven sisters.

Hulk’s hometown is in Paraiba, a state that is known for its harsh, dry climate and poverty-stricken populace.  The area is a treasure trove for paleontologists looking for dinosaur tracks or tourists in search of prehistoric rock carvings.

It’s not an area renowned for soccer players, and as soon as they could, Hulk’s family sent him off to Portugal when he turned 16 years old.

There he attended a year-long soccer training camp before moving to Japan a couple of years later to play for Tokyo Verdy.

Hulk was loaned to Tokyo Verdy in 2007. There, he finished the season with 37 goals from 42 matches.

He left Japan, moving to Portugal to join defending champions, Porto, who purchased him for $5.5 million, or 50% of his playing rights.

He joined forces with Christian Rodriguez and Lisandro Lopez up front, and because of his amazing performance, was selected by UEFA as one of the Top 10 Rising Stars in 2009.

Unfortunately, due to a tunnel brawl in December 2009, Hulk was banned for four months. The ban was reduced to four matches, and he returned in March 2010.

By the end of the 2011/2012 season, Hulk had scored 36 goals in 53 matches. With this performance, his team ended up winning four major titles, including the league cup.

Hulk suffered a serious head injury in a match against Shakhtar Donetsk. But despite the injury, he returned to score his first hat-trick, winning against Alania Vladikavkaz.

In 2016, Hulk joined Shanghai SIPG for $45 million, an Asian football record. During his time with them, Hulk appeared 145 times and scored 77 goals.

Hulk is an impressive physical specimen who looks out of place running onto a soccer field. However, with a ball at his feet, he is incredibly talented and his ability to score goals has resulted in him earning huge fees.

In addition to earning a huge salary, Hulk also receives additional fees for his merchandise and sports equipment endorsements.

Coming from a poor background, Hulk was determined to hang on to his wealth. Through prudent investments and his prodigious earning abilities, he’s managed to amass a huge fortune.

Here’s a breakdown of Hulk’s  annual net worth:

Despite his age, Hulk is still a formidable player who can still command an impressive salary. With his ability to balance his play on the pitch with an ability to invest wisely, his investments are sure to continue rising for the foreseeable future.

Hulk met Angelo de Suza in Japan and the couple married in 2007. They split up in 2019 after having two sons and a daughter.

After the couple split up, Hulk started dating Angelo’s niece, Camila Angelo. The two got married in 2020, mainly due to Camila needing a visa to stay in China.

It was announced recently that Camila gave birth to a daughter in 2022. Her name is Zaya and she was born in a hospital in Miami. The Hulk’s official Instagram account shows many more pictures of his family and some awesome shots of him in action on the soccer pitch.

Hulk left Brazil while still a teenager and plied his trade in the incredibly competitive European leagues. He’s played against the world’s top players and is ranked alongside them as one of the best.

Here are some of the most incredible moments in Hulk’s career:

With time running out for Hulk, he joined Atletico Mineiro on a 2-year contract in 2021 and we’re sure to see him perform his usual magic on the soccer pitch up to the very last whistle.

How Does Hulk Spend His Money?

In keeping with players like Messi, Neymar Jr., and Cristiano Ronaldo, Hulk loves to drive the most expensive cars in the world when he’s not playing soccer.

The cars he currently has in his garage include a BMW X7, given to him by his wife, a Mercedes-AMG G63, and a Cadillac Escalade, which is not sold in Brazil.

With all the bells and whistles, each of the impressive cars in the Hulk’s collection is worth more than $1 million.

In 2022, Hulk purchased a Kia Stonic, which may be an expensive and unusual car, but it is by far the most humble one of the bunch.

When one has the level of skill and physicality that Hulk possesses, then it is little wonder that he hits the headlines so often.

He may appear less nimble than other top professionals, but out on the pitch, Hulk is very fast, dribbles like a demon, and hits the ball with so much power, that it leaves his teammates and fans in awe.

Here are some of the best highlights of Hulk’s career:

When they made Hulk, they broke the mold, as there isn’t another player quite like him in all of professional soccer.

His size and speed make him a formidable player who deserves all the accolades he has received throughout his career.

For all his fame and success, Hulk is humble about his achievements and recognizes how lucky he has been to progress so far in his chosen career.

Hulk enjoys a challenge and is not put off by the money he earns if the end goal is worth it.

Here are our favorite quotes from Hulk:

The chances of a soccer player making it to the top of the professional ladder are very slim. The competition is tough and players must be talented and determined, with an iron will to succeed.

Now that you know all about Hulk’s net worth, here are some of the best success lessons to learn from Hulk:

1. Focus On The Dream, Not The Money

Hulk never let money determine his fate in football. He believes that following your passion and your dreams is more important than money.

Understanding your value is always important. Hulk knew how much he was worth and what he could bring to the table.

When times are tough, having a strong sense of self and knowing what you can contribute, goes a long way to helping you come out of the other side of your slump.

3. Work Hard Despite The Challenges

Hulk faced many low points in his career, but he was determined to succeed no matter what.

He never let these challenges stop him from pursuing his passion and progressing as a soccer player.

Hulk is always up for a new challenge in his career, having come a long way from his impoverished childhood and having achieved his wildest dreams.

He’s a monster on the field and will continue to be a hero in every match. His hard work and determination have allowed him to generate enormous wealth and become a soccer legend.

What do you think about Hulk’s net worth? Leave a comment below.