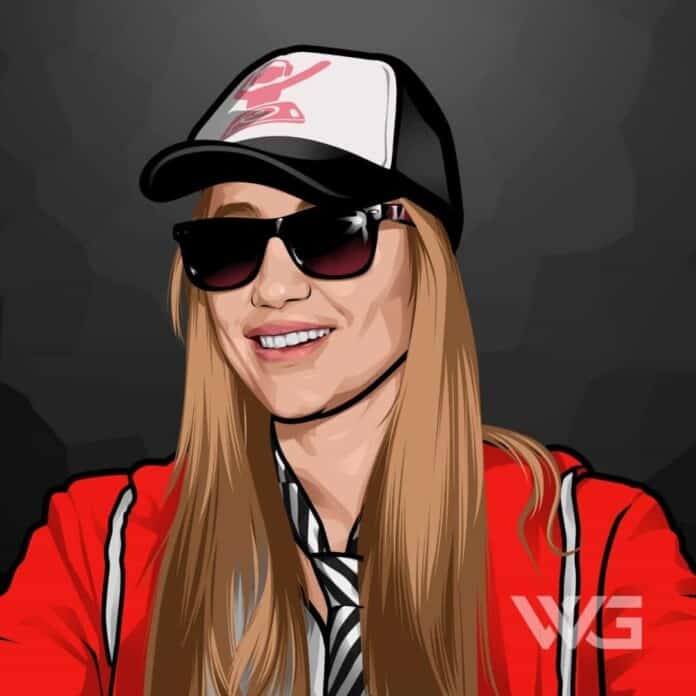 What is Vanessa Rousso’s net worth?

Vanessa Rousso is an attorney and poker player.

Rousso was born in White Plains, New York. She holds dual citizenship with the United States and France.

Rousso began talking and reading at an early age, says her mother. She moved to France with her family at the age of 3, and in 1992, her parents divorced.

Rousso attended Wellington Landings Middle School. She was active on the high school swimming, lacrosse, and debating teams. Rousso also played softball and basketball for fun whilst in school.

In 2005, she saved for a $1,500 entry fee in Atlantic City, which she parlayed into $17,500. This enabled her to afford entry into the World Poker Tour event at the Bellagio in Vegas.

The following year, she joined the professional poker tour. In her first year of playing, she had multiple in-the-money tournament finishes, including a seventh-place finish in a field of 605 at the $25,000 in 2006 World Poker Tour.

In 2007, Rousso was a notable poker star. The same year, she was part of a contingent of poker industry representatives and leaders of the 800,000-member Poker Players Alliance who flew to Washington, DC to attempt to convince the United States Congress to overturn the 2006 Unlawful Internet Gambling Enforcement Act.

She missed the televised six-handed WPT final table in 2009. While playing at the World Poker Tour Season VII Southern Poker Championship, she finished in seventh place and earned $79,117. The same year, she had four in the money finishes and was placed 27 of 201 in Event 2.

Here are some of the best highlights of Vanessa Rousso’s career:

“It’s a really close toss-up because I don’t know if you got the memo, but I’m a human being, … with flaws, and hormones, once a month especially (laughs). Let me tell you, all those cryings, I bet you could time them, and they are 28 days apart. Literally, as a female, although I do well in male-dominated games, I still am female, and I get emotional.” – Vanessa Rousso

“As far as the deal-making thing, my strategy going in was I had the following toolbox, and my tools were essentially anything that comes out of my mouth, the ability to make deals; my assets were my integrity or, in other words, the willingness of people to accept the deal I offered them.” – Vanessa Rousso

“Oh, right. The crying wasn’t actually for me. That’s the thing people don’t get. I’m not this “Let’s cry for a pity party for Vanessa” person. Most of the times I cried were because I felt bad for other people. It was things I saw that made me sad, like someone being excluded or a showmance being split up.” – Vanessa Rousso

“I’m open-minded to hear their perspective on that. Certainly wasn’t trying to intimidate him. I acknowledge my imperfections. I gave this game everything I have and more. I’ve never played anything so hard for so long in my life. I’m sure I made a bunch of mistakes and did some wrong things.” – Vanessa Rousso

“I was never going to be America’s favorite. I’m not funny. That’s not really fun to watch. I never expected to win it. I’m very aware of what my assets are and what they’re not.” – Vanessa Rousso

“Sometimes it’s those two or three days a month where anything will make you cry. As far as the deal-making thing, my strategy going in was I had the following toolbox, and my tools were essentially anything that comes out of my mouth, the ability to make deals; my assets were my integrity or.” – Vanessa Rousso

Now that you know all about Vanessa Rousso’s net worth and how she achieved success; let’s take a look at some of the lessons we can learn from her:

The word failure doesn’t work without the word succeed; they both work together in balance like dark and light.

Be patient with yourself. Self-growth is tender; it’s holy ground. There’s no greater investment.

Different faces, struggles, and battles; You do not have to know the person right next to you before you show kindness to them. Be human even without familiarity.

How much is Vanessa Rousso worth?

Vanessa Rousso’s net worth is estimated to be $4 Million.

How old is Vanessa Rousso?

How tall is Vanessa Rousso?

Vanessa Rousso is a French American professional poker player. Rousso was born in New York. Her family moved to France when she was 3 years old. Rousso graduated as the valedictorian of her high school in Florida. Rousso started playing poker when she was five years old. She is a dual citizen of the United States and France.

She is a member of Team PokerStars and also a spokesperson for GoDaddy.com.

What do you think about Vanessa Rousso’s net worth? Leave a comment below.