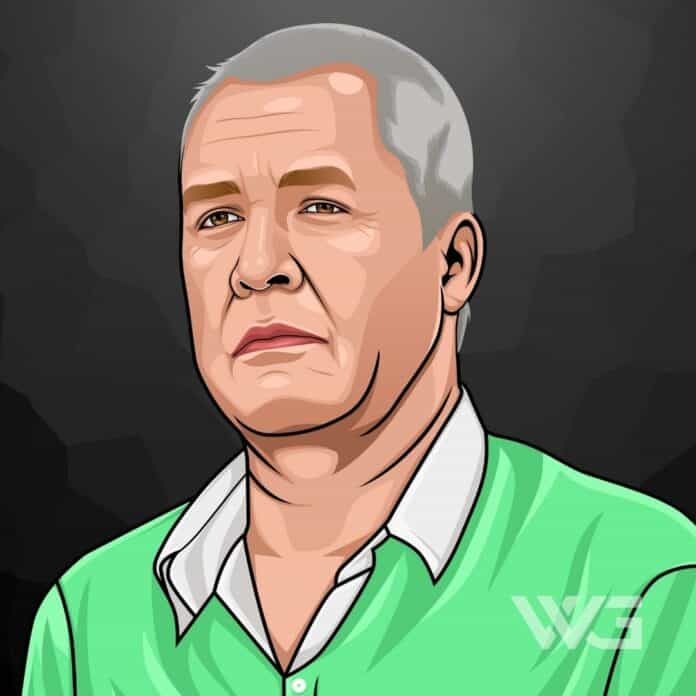 What is Ivan Lendl’s net worth?

Ivan Lendl is a Czech-born former professional tennis player who has been ranked as the number-one player in the world.

Since his retirement, he’s enjoyed a successful coaching career, working with major talent such as Andy Murray.

Ivan Lendl was born March 7, 1960, in Ostrava, Czechoslovakia, with both of his parents top players in his home country.

His mother Olga, born Jeništová, was ranked the number two female player in the country, and helped Ivan develop his skills from a young age.

He played as a junior player from an early age and won the boys’ singles titles at both the French Open and Wimbledon.

In 1978, Ivan Lendl began his professional career, reaching the top-level singles final the following year and another seven singles titles in 1980.

His 44-match winning streak in 1982 led to many more tournament wins, including defeating John McEnroe in straight sets at the WCT Finals.

With eight major singles titles and 11 runner-up majors, only Federer and Novak Djokovic have achieved this feat in the years since.

During the peak of his career, his salary and endorsement income saw him taking home several million dollars each year.

At the height of his professional tennis career, Ivan Lendl was one of the richest tennis players in the world, with huge annual earnings increasing his wealth.

His investment in his real estate portfolio has further enhanced his fortunes, with properties worth many millions to his name.

Through his professional coaching, he makes large sums of money so we can anticipate additional net worth growth in the future.

Ivan Lendl married Samantha Frankel in 1989, shortly after he played against Boris Becker in the finals of the U.S. Open.

The couple has five daughters together, two of whom went on to become members of the University of Florida Women’s Golf Team.

While Lendl has no presence on any social media platforms, his official ATP Tour page covers everything you need to know about his career wins and losses.

With dozens of singles titles to his name and a former ranking as the best tennis player in the world, Ivan Lendl has received many awards.

His career has been marked with additional honors and accolades since his retirement, standing as a testament to his lasting legacy.

Here are some of the notworthly awards and accolades from Ivan Lendl’s career:

These awards and achievements represent a small fraction of his overall accomplishments and status as one of the best players in tennis history.

While he has been retired for many years, his influence on the sport remains high with his work as a professional coach.

How Does Ivan Lendl Spend His Money?

Ivan Lendl’s career income and other business ventures have allowed him to accumulate impressive net worth.

His investment in real estate includes property comparable to some of the most expensive houses in the world, in particular, his enormous mansion in Connecticut.

This property, which includes manicured lawns, a fishing pond, and several tennis courts, was put on the market in 2021 for $16.45 million.

Ivan Lendl’s impressive career since the 1980s stands out as one of the most impressive of all professional tennis players.

In addition to winning many major championships, he’s helped the next generation of players rise to the top through his training regime.

Here are some of the best highlights of Ivan Lendl’s career:

Few professional tennis players have enjoyed as many highlights as Lendl has over the course of his career.

With his ongoing presence in the sport as a coach, his lasting legacy will likely continue to grow.

From his time as a tennis professional to his recent experiences as a coach, Ivan Lendl has shared many insights into the nature of tennis.

This includes his thoughts on the best training methods and how he feels about being compared to one of the greatest golfers of all time.

Here are our favorite quotes from Ivan Lendl:

Now that you know all about Ivan Lendl’s net worth, we’ll examine some of the great lessons on life and success we can learn from his career.

His success both as a professional tennis player and a high-profile coach gives him impressive insights into becoming a success.

Here are some of the best success lessons to learn from Ivan Lendl:

1. Play To Your Strengths

While working on improving your weaknesses is important, playing to your strengths shouldn’t be overlooked.

It’s a rule of thumb that Lendl is keen to drill in when coaching professional tennis players.

Dehydration can seriously undermine your sporting performance, but it also affects us in our everyday lives.

Make sure you drink plenty of water to stay fresh and alert in whatever it is you’re doing.

Lendl’s approach to coaching involves careful scrutiny of all the available data he can find about his player’s opponents.

Knowledge is power, so make sure you get all the available facts before you make important decisions.

So there you have it, our comprehensive article exploring tennis player Ivan Lendl’s personal life, professional career, and net worth.

Since retiring from the tennis court, Lendl has remained active in the sport by working as a coach and helping the next generation achieve great success.

With his income remaining high, his net worth is likely to increase, so be sure to check back on this article for the latest updated version covering the facts you need to know.

What do you think about Ivan Lendl’s net worth? Leave a comment below.