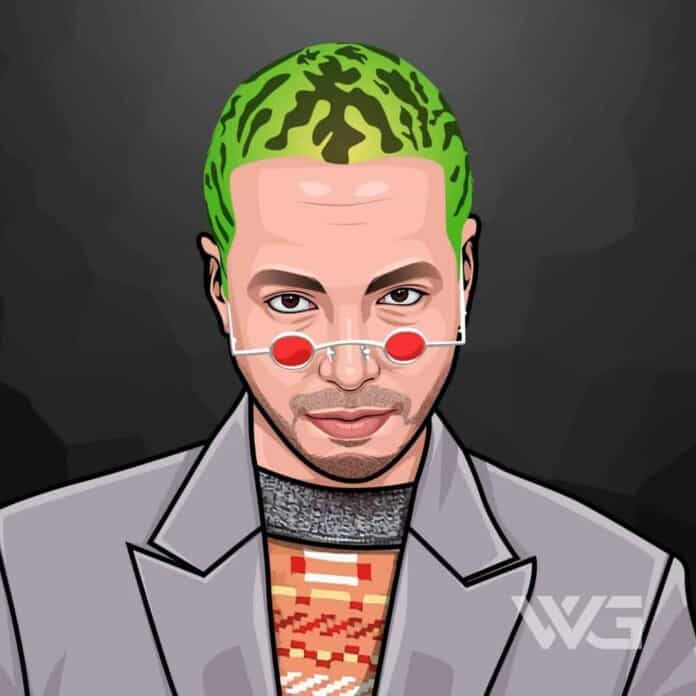 What is J Balvin’s net worth?

J Balvin is a Colombian singer. Balvin has been referred to as the “Prince of Reggaeton” and is one of the best-selling Latin music artists with sales of more than 35 million records worldwide.

When he was 17 years old, he moved to the United States to learn English, where he lived in both New York and Oklahoma.

José Álvaro Osorio Balvín was born on the 7th of May, 1985, in Medellín, Colombia. His father was an economist and business owner, and he grew up in a large home in the hills outside the city. He developed an interest in reggaeton after listening to Daddy Yankee.

When his father’s business went bankrupt, and the family lost their home and car, it required his family to move to a poorer neighborhood. Balvin has stated that when he’s around rich people, they see him as someone from the ghetto.

When he was 19 years old, Balvin began to pursue a career in music. After meeting David Rivera Mazo, they started promoting and producing their own music. JBalvin signed to EMI Columbia in 2009 and released his first single, ‘Ella Me Cautivo.’

At the 2015 Premios Lo Nuestro awards, he swept the urban category winning four major awards. The same year, he was nominated for 13 Billboard Latin Music Awards and won three honors.

In 2017, he released his new single and music video for ‘Mi Gente.’ The track became the number one song in the world, according to Global Top 50 on Spotify. The following year, he teamed up with Cardi B and Bad Bunny for the song ‘I Like It,’ which also reached the first spot, including the Billboard Hot 100.

In 2019, he dropped another album in collaboration with Bad Bunny ‘Oasis.’ It peaked at the 9th spot on the Billboard 200 and topped the Billboard U.S. Latin Albums chart. It was also named one of Rolling Stone’s Best Latin Albums of 2019 and nominated for Best Latin Rock, Urban, or Alternative Album at the 2020 Grammy Awards.

How Does J Balvin Spend His Money?

Balvin owns an insane collection of jewelry. Some of his most notable pieces include two flower diamond chains and a colorful lightning diamond chain. He also owns a Gucci link chain. In his collection, we can also see many pairs of grills.

J Balvin has a massive collection of sneakers. In his wardrobe, we can see a lot of Air Jordans with different colors.

Balvin owns a beautiful home in Columbia. The city apartment has a private pool that can be opened to the outdoors, while the interior exposed ceiling and concrete floors echo a quintessential loft aesthetic.

Here are some of the best highlights of J Balvin’s career:

“As long as I keep it real, I learn something from everyone. And when you view yourself as a student and not as somebody bigger, there is still learning that can be done every day, and that keeps you open-minded and more ready to learn about life and love.” – J Balvin

“Every performance has provided a learning experience, and as we go, we keep fine-tuning the shows. If we decide to do a tour, we rehearse until we perfect. One thing that I do prior to every show is that we huddle the band and pray. We thank more than we ask.” – J Balvin

“I want to invite the mainstream into my world and to my sound and to what I’m doing. And I want mainstream artists to respect me and accept Latino artists as equals without us having to sing in English. I want them to know that I can compete globally, with whomever, in Spanish.” – J Balvin

“I’m honored and thankful to be partnering with the prestigious CFDA as one of the men’s wear ambassadors for fashion week. My interest in fashion is only matched by my love for music, and I’m blessed to be given an opportunity to learn about some of my favorite designers from a firsthand look at their latest collections.” – J Balvin

Now that you know all about J Balvin’s net worth and how he achieved success; let’s take a look at some of the lessons we can learn from him:

By erasing barriers of races, colors, continents, genres, or languages, we can achieve the whole world moving their head to the same beat.

Music goes further than any border, any language.

If you really want to flex, you have to be real.

How much is J Balvin worth?

J Balvin’s net worth is estimated to be $20 Million.

How old is J Balvin?

How tall is J Balvin?

J Balvin is a Colombian reggaeton singer who is one of the best-selling Latin artists with more than 35 million sales worldwide. After he moved to New York to study English and music, he worked various jobs.

He increased his social media following as he enrolled at the prestigious EAFIT University in Medellin.

What do you think about J Balvin’s net worth? Leave a comment below.