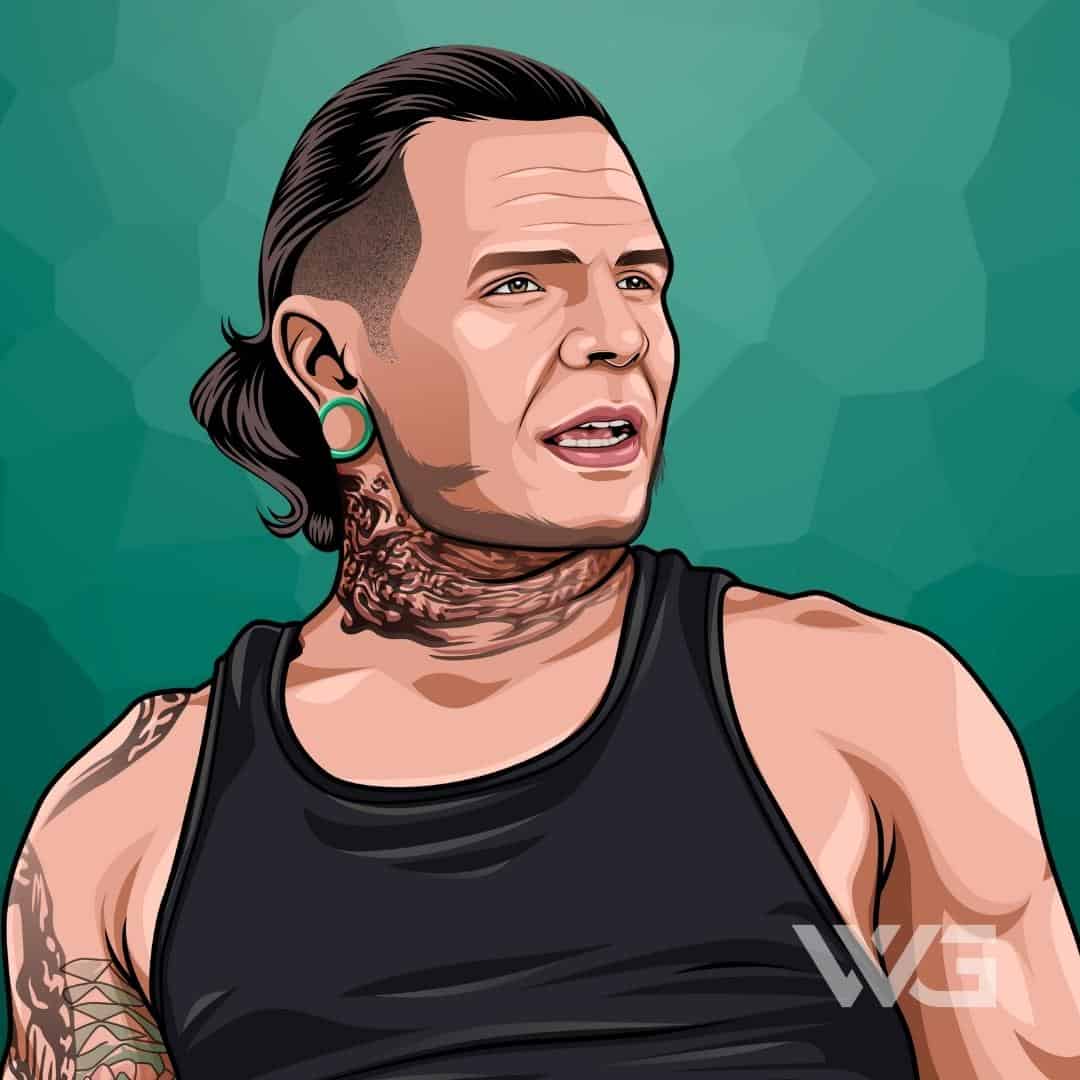 What is Jeff Hardy’s net worth?

Jeff Hardy is one of the most popular WWE Champions in all of WWE history. Starting as a scrawny teenager and fighting until he achieved his dream, Jeff epitomizes the warrior spirit.

He and his brother Matt helped to revolutionize sport-entertainment, making a name for themselves as part of a tag team partnership that won many Tag Team Championships.

But Jeff actually prefers being a solo fighter and shows no signs of slowing down, being committed to living his dreams in the ring for as long as possible.

Jeff was raised in Cameron, North Carolina by his parents, Gilbert and Ruby Moore Hardy. Unfortunately, in 1987, his mother died of brain cancer. Jeff was only nine when his mother passed, and he and his elder brother found it difficult to cope with her death.

When Jeff turned twelve, he developed an interest in motocross and got his first bike, a Yamaha YZ-80. Jeff loved sport and was on the baseball and football teams but had to stop due to a motocross injury.

Once he’d recovered, he started amateur wrestling during high school. In the end, he had to choose between football and wrestling and, lucky for WWE, he chose the mat.

Jeff and his brother, The Hardy Boyz, won their first WWF Tag Team Championship. Jeff then gained a lot of attention for his death-defying moves from 10 to 20 feet up in the air.

He went on to win the Intercontinental, Hardcore, and Light Heavyweight Championships during 2001.

Jeff took on the Undertaker for the WWE Undisputed Championship and lost. But he was praised for his performance by his fellow superstars.

The Hardy Boyz split up at the end of 2002, with his brother Matt being drafted to SmackDown, while Jeff chose to join RAW.

Jeff was released from his contract and worked for TNA for two years before being released.

The Hardy Boyz made their reappearance at ROH, where they won the ROH World Tag Team Championship in 2007.

In 2008, Jeff won his first world championship, defeating Edge and Triple H. Jeff lost the WWE Championship later to Edge at the Royal Rumble and had words Kurt Angle after the match.

Jeff quit WWE after a loss to CM Punk in a steel cage match. He returned to TNA in 2010 and won his first TNA World Championship.

Currently, Jeff is contracted to AEW and is assisting his brother, Sting, and Darby Alling in matches against Andrade Hardy Family Office.

You can follow Jeff’s career on his official Facebook page along with more than 2 million of his adoring fans.

Jeff has always been a very talented, technical fighter. So, it’s no surprise that he can command an annual salary of over $1.2 million.

Here is an estimated overview of Jeff Hardy’s annual income:

While Jeff is still wrestling, it can’t go on for much longer, as he is getting older and his body may not be able to withstand the continued abuse.

Jeff has a solid business head on his shoulders, which has resulted in him building an impressive large fortune. Besides his financial discipline, Jeff’s astute selection of real estate has resulted in his wealth growing consistently over the years.

Here’s a breakdown of Jeff Hardy’s annual net worth:

Should he wish, Jeff could retire today and still be a very rich man, living a luxurious lifestyle on his wrestling earnings.

Hardy met his current wife Beth Britt at a club called Southern Pines in 1999. In 2010, the couple had a daughter named Ruby Claire Hardy. Jeff and Beth got married in 2011 and had another daughter, Nera Quinn Hardy, in 2015.

There had been many legal issues with Jeff over the years. The main problem was being arrested in 2009 for charges of drug trafficking. He was sentenced to ten days in jail with 30 months probation along with a $100,000 fine in 2011.

It didn’t end there though, and he got arrested in Florida on charges of driving while his license was suspended and violating restrictions.

Jeff’s 20-year career in wrestling has resulted in numerous impressive wins and some spectacular losses.

Through it all, he’s remained a true champion, accepting the results and striving to do better the next time he appeared in front of his fans.

Here are some noteworthy moments from Jeff Hardy’s career:

And with plenty of fight in the dog still, we’re sure that Jeff will be walking away with further awards and titles before he retires from the ring for good.

How Does Jeff Hardy Spend His Money?

Jeff currently lives with his brother and wife but also has a property in North Carolina which is worth $2 million.

With an eye on good property deals, Jeff also owns a small compound in Los Angeles which is worth half a million dollars. He loves fast cars and is not shy to be seen in some of the most expensive cars in the world, as well as the odd top-end motorbike.

Jeff is a bit of a bad lad, which means he has also had to pay huge fines and massive lawyer’s fees following his multiple arrests.

Jeff Hardy has been involved in plenty of controversies during the course of his championship-winning career.

Despite the possibility of serious injury, Jeff is determined to continue providing fans with spectacular entertainment.

Here are some of the best highlights of Jeff Hardy’s career:

Jeff is known for his high-flying, death-defying acrobatics, so we fully expect plenty more awards in his coming matches.

Jeff Hardy is no stranger to controversy and lives his life to the fullest, never giving a second thought to the possibility of injury.

By living on the edge, Jeff has conquered his fear and takes each day as it comes, not worrying too much about the future.

Here are our favorite quotes from Jeff Hardy:

Jeff is a pragmatist who takes what life throws at him and returns it with interest.

Now that you know all about Jeff Hardy’s net worth, here are some of the best success lessons to learn from Jeff Hardy:

1. Live Your Life To The Fullest

Jeff’s one motto in life is to live your life to the fullest. From jumping over volcanoes to all kinds of stunts in the ring, Jeff always jumps back on the horse and knows that you only live once.

2. If You Find Happiness, Fight For It

No matter the negative obstacles, you are always able to overcome them. Jeff had tragedies in his life that made him appreciate the happy times and make a point of fighting through the bad moments.

Like many of us, Jeff sometimes has had enough and just wants to give up. But in moments of weakness, he knuckles down, remembers what he’s living for, and keeps going.

Jeff is focused on living his best life, enjoying it to the fullest every day, and appreciating the good moments along the way.

By keeping family close by his side throughout his career, he has managed to become one of the most successful wrestlers in WWE history. He is living his dream life and will continue to fight for it no matter what the cost.

What do you think about Jeff Hardy’s net worth? Leave a comment below.