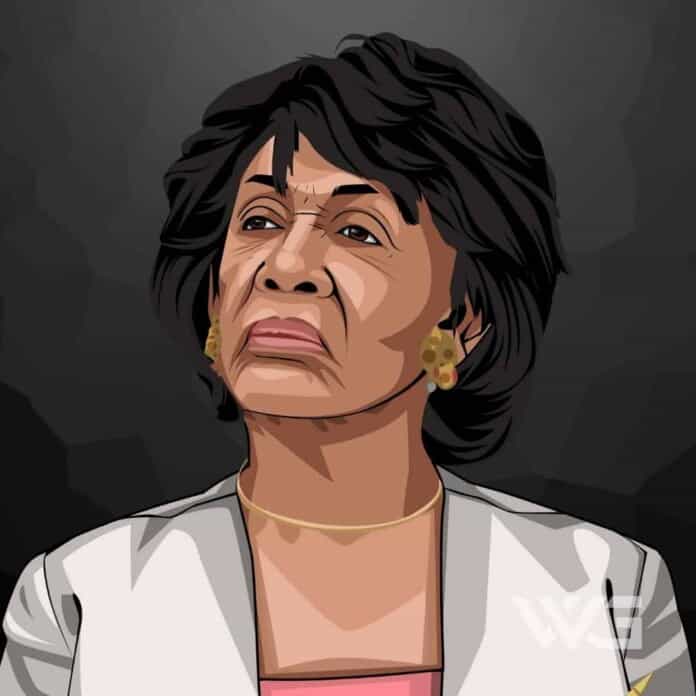 What is Maxine Waters’ net worth?

As of February 2023, Maxine Waters’ net worth is roughly $2 Million.

Maxine Waters is an American politician serving as the U.S. Representative for California’s 43rd congressional district since 2013.

A member of the Democratic Party, Waters is currently in her 15th term in the House, having served since 1991.

Maxine Moore Waters was born on the 15th of August, 1938, in St. Louis, Missouri. Waters is the daughter of Remus Carr and Velma Lee.

She graduated from Vashon High School in St. Louis, Missouri before moving with her family to Los Angeles, California in 1961.

Upon the retirement of Augustus F. Hawkins in 1990, Waters was elected to the United States House of Representatives for California’s 29th congressional district with over 79% of the popular vote.

Waters has represented large parts of south-central Los Angeles and the Los Angeles coastal communities of Westchester and Playa Del Rey, as well as the cities of Torrance, Gardena, Hawthorne, Inglewood, and Lawndale.

In 2005 Waters testified at the U.S. House Committee on Education and the Workforce hearings on “Enforcement of Federal Anti-Fraud Laws in For-Profit Education”, highlighting the American College of Medical Technology as a “problem school” in her district.

The amendment targeted domestic surveillance activities, specifically that of the National Security Agency, and if ultimately passed would have limited the flexibility of the NSA’s interpretation of the law to collect sweeping data on U.S. citizens.

Here are some of the best highlights of Maxine Waters’ career:

“On Immigration policy and reform [Republicans] are on the wrong side of the track. … They would have you believe that if they get into office, they are going to make sure that they are going to get rid of everyone in our society who was not born in America.” – Maxine Waters

“I don’t think it works to just be mad at them – Maxine Waters out ranting and kicking down the doors. It would be so easy to dismiss you and marginalize you.” – Maxine Waters

“I think Hillary and Bill are really liberals at heart. I think that, in addition to being liberals, they are very practical. They have made some decisions about what it takes to win.” – Maxine Waters

“The anger that you see expressed out there in Los Angeles, in my district this evening, is righteous anger, and it’s difficult for me to say to the people, “Don’t be angry.” When people are angry and enraged, they do senseless things. They do act even sometimes out of character, and that’s why it is the responsibility of America to try and avoid putting people in these kinds of situations.” – Maxine Waters

Now that you know all about Maxine Waters’ net worth, and how she achieved success; let’s take a look at some of the best lessons we can learn from her:

1. Don’t Be Afraid To Be Different

Society will insist that you conform to the norm. Don’t give in to the pressure. Embrace your uniqueness and let it shine. Those hidden qualities are your assets.

But when you learn to recognize the toxic influences in your life, you steer clear of them. Allow yourself to flourish and thrive in an environment of positivity.

You have a purpose, a personal mission. Although things may be unclear to you, for now, your presence here has significance.

How much is Maxine Waters worth?

Maxine Waters’ net worth is estimated to be $2 Million.

How old is Maxine Waters?

How tall is Maxine Waters?

Maxine Waters is an American politician who is a member of the Democratic party and graduated from California State University, Los Angeles.

What do you think about Maxine Waters’ net worth? Leave a comment below.