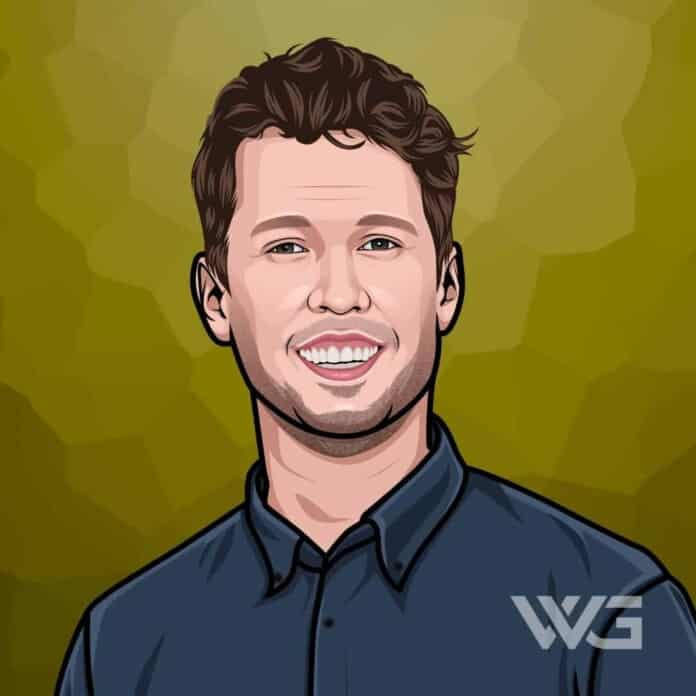 What is Jon Heder’s net worth?

Jon Heder is an American actor and producer.

Heder is best known for his role in the comedy film ‘Napoleon Dynamite’. He has also appeared in the movies ‘Just Like Heaven,’ ‘The Benchwarmers,’ ‘School for Scoundrels,’ ‘Blades of Glory,’ ‘Mama’s Boy,’ and ‘When in Rome’.

Jonathan Joseph Heder was born on the 26th of October, 1977, in Colorado.

Heder is the son of Helen and James Heder. He has an identical twin brother, Dan.

Heder is of Swedish descent. When he was 2 years old, he and his parents moved to Salem, Oregon. He attended Walker Middle School in Salem and graduated from South Salem High School in 1996, where he was a member of the swim team and drama club.

The movie ‘Napoleon Dynamite’ was filmed in Idaho, and in 2005, he received the MTV Movie Award for Best Musical Performance and Breakthrough Male Performance for the role.

Heder and his co-star Efren Ramirez then filmed a series of commercials to promote the Utah State Fair in 2015. They then reprised their roles in a self-parody sketch, ‘Napoleon Bonamite’.

In 2005, Heder had a role in the romantic comedy ‘Just Like Heaven’. The following year, she appeared in the comedy film ‘The Sasquatch Gang’ and had a starring role with Rob Schneider and David Spade in producer Adam Sandler‘s ‘The Benchwarmers’

He voiced “Chicken Joe” in the animated movie ‘Surf’s Up’ in 2007. The following year, He had his first foray into web television was the 2008 web series ‘Woke Up Dead,’ which he produced and starred in.

Heder and his twin brother star together as villains in the fourth installment of the popular internet martial arts comedy series Sockbaby.

In 2012, Heder returned to the role that made him famous by supplying the voice of Napoleon Dynamite in the Fox Network animated series, ‘Napoleon Dynamite,’ which debuted in 2012.

How Does Jon Heder Spend His Money?

Heder spends some of his money on charity work.

Here are some of the best highlights of Jon Heder’s career:

“I think so much of the look, obviously including wardrobe, but the hair is a huge thing because it’s basically the frame for your eyes and that’s the window to your soul is what they say.” – Jon Heder

“I loved my childhood. They had the coolest toys back then. Star Wars, Transformers, laser-tag gun sets. Toy companies have really gone downhill.” – Jon Heder

“Marriage is all about knowing the ins and outs and the intimate details, and your wife is supposed to be the person you know best. But my brother and I think alike, know everything about one another, and when we get together, we block everything else out. Nothing exists in our world except for us.” – Jon Heder

“I don’t know if this is advice, but I remember this guy in high school who came off like he’d been with a lot of women. He said, “Dude, what girls sometimes like is the unexpected.” There were these girls who were always giving him tittie twisters, and he kept warning them, “I’m going to do it back.” I’m thinking, There’s no way. But sure enough, one girl crossed the line and he did.” – Jon Heder

“Girls get crazy when they have guns. These girls had never done it, and all they wanted to do was inflict as much pain as they could. We had one rule: Don’t shoot us between the legs. But their aim didn’t necessarily follow that rule.” – Jon Heder

Now that you know all about Jon Heder’s net worth and how he achieved success; let’s take a look at some of the lessons we can learn from him:

What we did in our childhoods makes us who we are now.

That’s what protagonists do. They work hard, they have a conflict, and they overcome obstacles.

Just as long as something is gained, a lesson is learned. The more quiet victories are always great.

How much is Jon Heder worth?

Jon Heder’s net worth is estimated to be $10 Million.

How old is Jon Heder?

How tall is Jon Heder?

Since then, he has appeared in such films as ‘Blades of Glory,’ ‘When in Rome’ and ‘Just Like Heaven.’ Heder was born in Fort Collins, Colorado, in 1977.

What do you think about Jon Heder’s net worth? Leave a comment below.

Robert Covington is a National Basketball Association forward for the Los Angeles Clippers who made $46 million during his four years with the Philadelphia 76ers.