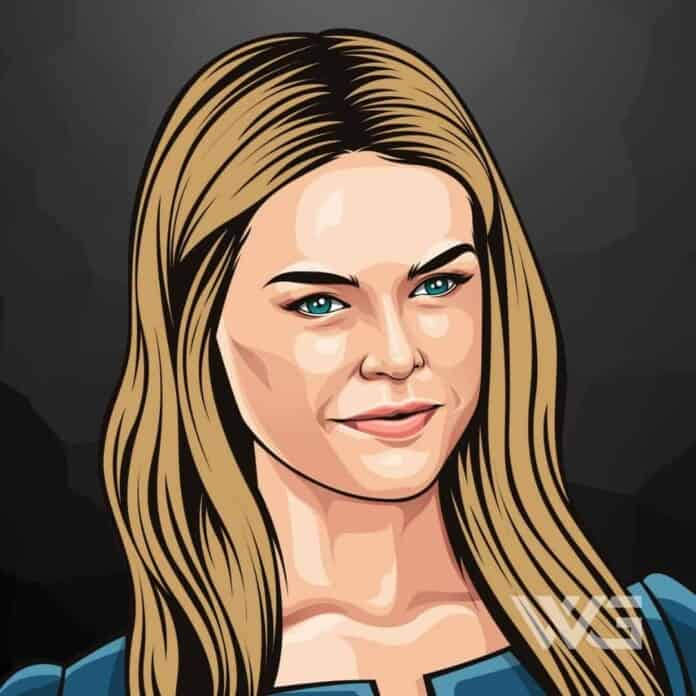 What is Alice Eve’s net worth?

Alice Eve is a British actor from London. She made her TV and film debut in the same year and has appeared in numerous projects since then.

Alice is mostly known for her roles in the 2010 romantic comedy ‘Sex and the City 2’ and the 2013 science-fiction film ‘Star Trek Into Darkness.’

Alice Sophia Eve was born on the 6th of February, 1982, in London. Eve is the daughter to English actor couple Trevor Eve and Sharon Maughan.

Alice attended ‘Bedales School’ in Hampshire and ‘More House School’ in Knightsbridge. She completed her A-levels from ‘Westminster School’ in London.

Eve began her career in 2004, with the British–American–German romantic period film ‘Stage Beauty.’ The same year, she appeared as ‘Martha Guthrie’ in the ‘BBC’ movie ‘Hawking’ (based on the early life of Stephen Hawking).

In 2006, Alice portrayed a teenage pageant queen, ‘Josie McBroom,’ in the dark comedy flick ‘Big Nothing.’ She was also seen as ‘Esther’ in the British TV thriller ‘Losing Gemma.’

After appearing in the films ‘Crossing Over’ and ‘She’s Out of My League’ , she was seen as an Irish nanny named ‘Erin’ in the romantic comedy ‘Sex and the City 2.’

In 2011, Alice was seen in the recurring role of ‘Sophia’ in the ‘HBO’ comedy series ‘Entourage.’ Her film credits for the year included the romantic comedy ‘The Decoy Bride,’ in which Alice portrayed Hollywood actor ‘Lara Tyler.’

Eve  played herself in the comedy film ‘Night at the Museum: Secret of the Tomb in 2014.’ She has been cast to play ‘Ainsley Earhardt,’ a popular ‘Fox News’ personality, in the upcoming drama film ‘Fair and Balanced.’

Here are some of the best highlights of Alice Eve’s career:

“People are weird. We do live on all levels at the same time and you can be fighting and flirting, and there can be fury and sexual tension. All that stuff can co-exist so it’s just a testament to how complex we are. Or maybe it’s a testament to how boringly we try and simplify everything.” – Alice Eve

“In the film, the camera can get an array of shots so the audience can see the emotion the character is giving off. Using close-ups on the character’s face really helps get the message across. On stage, you cant do that. But the stage has that live feeling that you can’t get anywhere else because the audience is right there.” – Alice Eve

“My dad, in particular, was adamant that I should finish my education. He encouraged me to go to Oxford, for instance, and I rather doubt I’d have gone if he hadn’t. I would have gone straight back to L.A. and tried to start my career.” – Alice Eve

“My dad says that when I was two or three I used to go out dressed as a different character every day. I remember thinking it was perfectly normal to wear different colored shoes and carry a pink umbrella. But now I’ve got a goddaughter of that age; I realize it’s not normal at all.” – Alice Eve

Now that you know all about Alice Eve’s net worth, and how she achieved success; let’s take a look at some of the lessons we can learn from her:

Not everything is supposed to become something beautiful and long-lasting.

Sometimes people come into your life to show you what is right and what is wrong, to show you who you can be, to teach you to love yourself, to make you feel better for a little while, or to just be someone to walk with at night and spill your life to.

How much is Alice Eve worth?

Alice Eve’s net worth is estimated to be $6 Million.

How old is Alice Eve?

How tall is Alice Eve?

Alice Eve has appeared in multiple movies. Eve has also made appearances in a couple of music videos, such as ‘Hotel Ceiling’ by ‘Rixton.’

Her TV credits include a few miniseries, TV movies, and a recurring role in ‘Entourage.’ Apart from TV and films, Alice is a prominent figure in the theater circuit.

As of December 2022, Alice Eve’s net worth is approximately $6 Million.

What do you think about Alice Eve’s net worth? Leave a comment below.