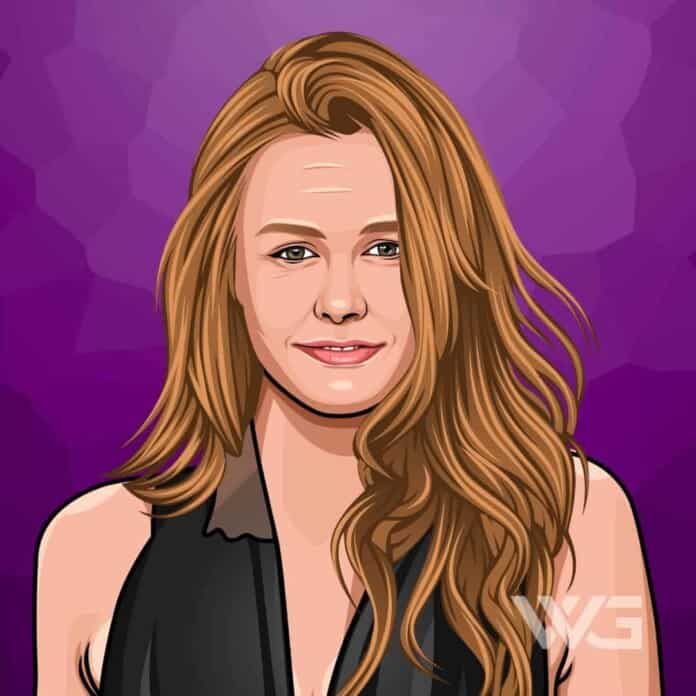 What is Alicia Silverstone’s net worth?

Alicia Silverstone is an American actress. Silverstone made her film debut in ‘The Crush’ which she earned an MTV Movie Award for.

Silverstone went on to star in the comedy film ‘Clueless’ for which she earned a multi-million dollar with Colombia Pictures. She has continued to act in television and film to date.

She has also endorsed PETA activities and published a vegan cookbook ‘The Kind Diet’.

Alicia Silverstone was born on the 4th of October, 1976, in California.

Silverson is the daughter of “Deidre “Didi” and Monty Silverstone. She grew up in Hillsborough.

Her father was born to a Jewish family and her mother converted to Judaism before marriage. Silverstone began modeling when she was six years old. She attended Crocker Middle School.

Silverstone received her big breakthrough in ‘The Crush’ where she plays a teenager who attempts to ruin an older man’s life after he turns down her advances. She then went on to appear in movies such as ‘Torch Song’, ‘Scattered Dreams’, ‘Cool and the Crazy’, and Aerosmith’s ‘Cryin’.

In 1995, she appeared in four films ‘Le Nouveau Monde’, ‘Hideaway’, Clueless’, and ‘The Babysitter’. After the success of ‘Clueless’, she signed a deal with Colombia-TriStar. In 1997, she co-starred with George Clooney and Chris O’Donnell in ‘Batman & Robin.

She co-starred with Jason Biggs and Kathleen Turner in ‘The Graduate’ in 2002. Silverstone then went on to star in ‘Scooby-Doo 2: Monsters Unleashed’ which brought in $181.2 million at the box office.

Throughout her career, she has appeared in films including ‘The Art of Getting By’, ‘Butter’, ‘Diary of a Wimpy Kid: The Long Haul’, ‘The Killing of a Sacred Deer’, and ‘Book Club’. In 2020, Silverstone appeared in the movies ‘Bad Therapy’ and ‘Sister of the Groom’ which she also was the producer of.

How Does Alicia Silverstone Spend Her Money?

Alicia Silverstone lives a comfortable life thanks to her great success in the entertainment industry. The only Clueless cast member who has a higher net worth than her is Paul Rodd.

Silverstone is a proud owner of a beautiful home in Los Angeles. The actress purchased this home for $597 thousand back in 1996. It comes with 4 bedrooms and 2 baths.

Silverstone’s car collection is massive and some of her most notable purchases include a Jeep Cherokee, a Honda Civic, a Mercedes E Class, and a Toyota Prius.

Here are some of the best highlights of Alicia Silverstone’s career:

“Prince Charming is very nice and very honest and very confident in who he is and funny and knows how to have a kick-ass fun time. Is willing to melt away so that nothing else exists in the world except himself and his princess and loves food and cats and every life form except human beings which is not necessary.” – Alicia Silverstone

“Animals are being exploited in such an unbelievable way; it’s not acceptable. PETA is trying to get your attention, and they’re successful at it. If you talk to people who grew up on a farm, they’ll tell you that they had an experience where they were taking care of a cow, and one day their parents took it away and killed it. – Alicia Silverstone

“I know what it feels like to be hurt, and I don’t want to cause that pain to any other person or creature. But somehow, in society, we numb ourselves in order to make money or to feel better about ourselves, such as with cosmetics or food. We say to ourselves, I’m going to use this animal.” – Alicia Silverstone

“Once people spend time with farm animals in a loving way … a pig or cow or a little chicken or a turkey, they might find they relate with them the same way they relate with dogs and cats. People don’t really think of them that way because they’re on the plate. Why should they be food when other animals are pets? I would never eat my doggies.” – Alicia Silverstone

“I have a husband and four rescue dogs. There is no option of no dogs on the bed. This is how I know my husband will be a good father someday. The pit bull sleeps on top of my husband. On top of him! He has to remove her sometimes because she snores too loudly into his ear and he can’t take it. But he moves her in such a cute, gentle way, and he doesn’t care about fur on the bed.” – Alicia Silverstone

Now that you know all about Alicia Silverstone’s net worth, and how she achieved success; let’s take a look at some of the lessons we can learn from her and the iconic film Clueless:

When you’re offered things, it makes it so much easier to be indecisive. And it’s silly because you can pass on some really amazing things.

Opposites may attract, but when it comes to best friends, find someone who gets where you’re coming from and understands your struggles. If you surround yourself with positive people you will stay positive.

3. Be Your Own Fashion

Don’t be afraid to defend your fashion choices.

How much is Alicia Silverstone worth?

Alicia Silverstone’s net worth is estimated to be $20 Million.

How old is Alicia Silverstone?

Alicia Silverstone was born on October 4, 1976, and is currently 46 years old.

How tall is Alicia Silverstone?

Alicia Silverstone is an American actress, author, and producer who began her career as a child appearing on several television commercials.

She made her big-screen film debut in ‘The Crush’. Silverstone is best known for her role as “Cher” in ‘Clueless’. The film’s success earned her a multi-million dollar deal with Colombia-TriStar.

She is also known for portraying ‘Batgirl’ in ‘Batman & Robin’.

What do you think about Alicia Silverstone’s net worth? Leave a comment below.