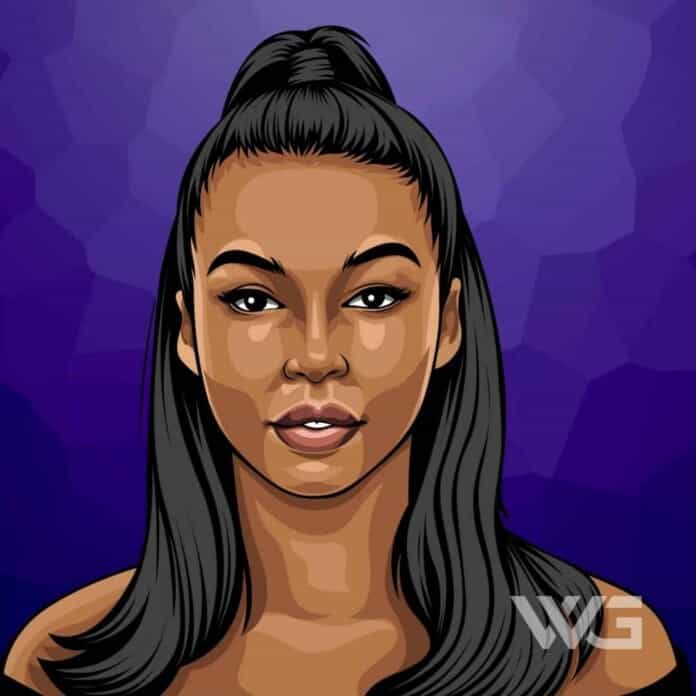 What is Lori Harvey’s net worth?

As of February 2023, Lori Harvey’s net worth is approximately $1 Million.

Lori Harvey is an American model from Memphis. Harvey is a fresh face entering into the fashion industry, showcasing her natural beauty and having recently signed to top modeling agencies LA Models and Select Model Management in Europe.

Lori began her modeling career at the age of 3. The famous comedian, Steve Harvey is her stepfather.

Her mother is a fashion designer, blogger, stylist, and also an internet personality. She grew up in Atlanta, Georgia.

Growing up in Atlanta, Georgia, Lori also was an avid equestrian. However, after suffering from a horse-riding accident in 2015, Lori decided to focus full time on her modeling career.

Lori has experienced firsthand what it takes to make it in entertainment. She has recently graced both Paris and Milan Fashion Week walking for Dolce and Gabbana and also has an upcoming Dolce and Gabbana campaign. Lori also made an appearance at the 2017 Met Gala in New York.

Alongside her step-father, Lori credits her mother for influencing her incredible sense of style. She loves testing boundaries and never disappoints in her casual chic selections.

With dreams of working with Gucci, Dior, Givenchy, and Fendi, Lori is sure to make a name for herself in the world of fashion. Lori is represented by Alex Avant, entertainment executive, son of music and entertainment legend, Clarence Avant.

Here are some of the best highlights of Lori Harvey’s career:

“Maya Angelou, the original #PhenomenalWoman, would’ve been 90 years old today. Not only was she an iconic poet & author, but she also was a civil rights leader. In this urgent moment let’s remember what she taught us: phenomenal black women will be seen & heard and #wewillrise.” – Lori Harvey

“Finally finished binge-watching This Is Us and I’ve never been on a more emotional rollercoaster in my life.” – Lori Harvey

“Negative people are literally a disease trying to spread their bitterness on everyone else. Keep that energy away from me please.” – Lori Harvey

Now that you know all about Lori Harvey’s net worth, and how she achieved success; let’s take a look at some of the lessons we can learn from her:

2. You Can’t Buy Everything

All the money in the world can’t buy you back good health.

A fit, healthy body – that is the best fashion statement

How much is Lori Harvey worth?

Lori Harvey’s net worth is estimated to be $1 Million.

How old is Lori Harvey?

How tall is Lori Harvey?

Lori Harvey is an American model who began modeling at three years old and was also an avid equestrian before getting into a horse-riding accident.

She walked for Dolce & Gabbana at Paris and Milan Fashion Weeks. In 2019 she appeared in episodes of the game show Hip Hop Squares.

As of February 2023, Lori Harvey’s net worth is approximately $1 Million.

What do you think about Lori Harvey’s net worth? Leave a comment below.