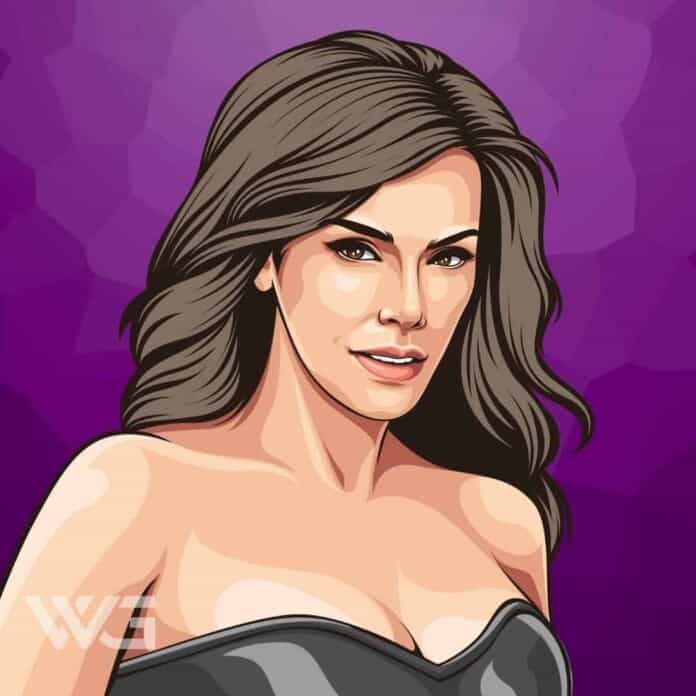 What is Lucia Mendez’s net worth?

As of December 2022, Lucía Méndez’s net worth is approximately $400 Thousand.

Mendez released her debut album ‘Siempre Estoy Pensando en Ti’ in 1975 and has released many albums over the years with her latest being Bailan in 2015.

Lucía Méndez was born on the 26th of January, 1955, in León, Guanajuato, Mexico.

She began her career in 1972 when a very important newspaper from Mexico City “El Heraldo” launched her as “El Rostro” meaning “the face”, she won this title; she also appeared in an uncredited role in a film named ‘Vuelven Los Campeones justicieros’.

In 1980, she opened herself to a wider audience of the pop music genre. By way of introduction from Gabriel, Méndez would collaborate with Camilo Sesto, who was also a contributor to the theme song of the production Colorina.

She recorded “Enamorada/In Love in 1983.” The set would unleash up to five hit singles with a film of the same name. This same year, 1983, she was crowned as Queen of Viña del Mar at the Viña del Mar Festival in Chile.

In 1987, her single ‘Castígame/Punish Me’ reached the top of the charts. The title track became a hit in both sides of the Atlantic. The next big hit, ‘Yo No Se Quererte Más/I Don’t Know How To Love You More,’ had two videos to accompany it.

After ‘Amor de nadie’, Méndez flew to Miami after she was offered to star in what would be her smashing comeback, Marielena, the soap opera which consolidated her career in the United States and the rest of the world.

Here are some of the best highlights of Lucia Mendez’s career:

“My current goals are to introduce my new album “Vive” to my fans and make their wishes come true. I am also promoting my new unisex perfume of pheromones “VIVIR”.” – Lucia Mendez

“It’s not easy to make it in this business, but it’s even harder to maintain yourself there. Thank God, I have had the support and love of my fans up to now. And I hope I always do. As a woman, my view on life has changed. Now my son and my marriage are my biggest priorities. Those are the things that you appreciate more and more as time goes by.” – Lucia Mendez

“I can’t say it was the worst because I haven’t had any. But the day that I was in Lebanon where I sang in front of a crowd of 75,000. At that precise moment, we had a bomb threat and it was something that has really affected me. It was so moving to hear people tell me to stop singing, but I decided to continue and turn something negative into the most memorable moment of my career.” – Lucia Mendez

“Fragrances and people’s own natural scents have always been very important for me. We are going through a very difficult moment, politically, economically and emotionally speaking. That is why everybody is looking for love. “Vivir” is a renewing pheromone treatment that will make you more attractive to the opposite sex.” – Lucia Mendez

Now that you know all about Lucia Mendez’s net worth, and how she achieved success; let’s take a look at some of the strongest lessons we can learn from her:

1. Stress Is A Part Of Life

When you spend a lot of time with a particularly difficult emotion, it is wise to learn to use it to your advantage. Stress can have devastating effects. Use stress as adrenaline to keep pushing through any challenge that comes your way.

Because this is the best self you can be.

Never give up on yourself, we will always learn from failure.

How much is Lucia Mendez worth?

Lucia Mendez’s net worth is estimated to be $400 Thousand.

How old is Lucia Mendez?

How tall is Lucia Mendez?

What do you think about Lucia Mendez’s net worth? Leave a comment below.