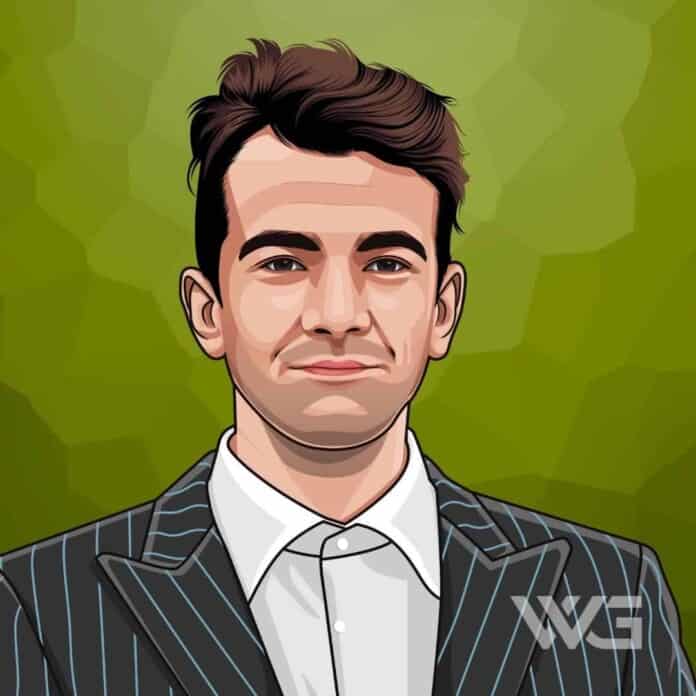 What is Jay Baruchel’s net worth?

As of December 2022, Jay Baruchel’s net worth is estimated to be $6 Million.

Jay Baruchel is a Canadian actor, director, and screenwriter from Ontario.

Baruchel is best known for his voice role as Hiccup in the ‘How to Train Your Dragon’ franchise, and for his roles in comedy movies such as ‘Knocked Up’, ‘Tropic Thunder’, ‘Fanboys’, ‘She’s Out of My League’, ‘Goon’ and, ‘This Is the End’.

Jonathan Adam Saunders Baruchel was born on the 9th of April, 1982, in Ottawa, Ontario.

Baruchel is the son to Robyne who is a successful freelance writer and Serge Victor Baruchel who works as an antique dealer.

His younger sister Taylor Baruchel is also an actress, known for playing supporting roles in films and TV series, such as ‘The Point,’ ‘Prom Wars: Love Is a Battlefield,’ ‘Fred’s Head,’ ‘The Foundation,’ and ‘Let the Game Begin.’

Baruchel started his career by delivering praiseworthy performances which in turn caught the attention of many filmmakers. He received his first big break in the year 2000 when he was cast to play Vic Munoz in Cameron Crowe-directed comedy-drama film ‘Almost Famous.’

He got the lead role in a short-lived comedy series on ‘FOX’ called ‘Undeclared’ (2001-2002) where he was seen alongside well-known actors like Seth Rogen, Monica Keena, and Charlie Hunnam.

Baruchel received another big break in 2007 when he landed an important role in a comedy film titled ‘Knocked Up’ by Judd Apatow.

This major success was followed up by a series of diverse supporting roles in hit movies. For instance, Ben Stiller’s ‘Tropic Thunder’ (2008) got him playing Kevin Sandusky alongside several prominent actors like Tom Cruise, Robert Downey Jr., Jack Black, and Ben Stiller among many others.

In 2010, Baruchel landed the role that made him popular across the globe. His voice role as Hiccup in the hit animated film ‘How to Train Your Dragon’ was loved globally by viewers of all ages.

Here are some of the best highlights of Jay Baruchel’s career:

“My mom said to me when I was a little kid, “You don’t have to hate your job. Just because you see all these unhappy grown-ups doesn’t mean you have to be one of them.” She said, “Find something that you would do for free and find a way to get paid to do it.” That’s been my guiding principle.” – Jay Baruchel

“Rigidity is the enemy of acting.” – Jay Baruchel

“I’d say that the No. 1 attribute you need as an actor is to be malleable. You need to be able to change and tailor what you’re doing to what the situation dictates.” – Jay Baruchel

“People always like to have a good time and laugh, and, [among] the vast majority of the seven billion people on this earth, one thing that we all have in common is at some point we all need to pair up and find some sort of significant other, some sort of romantic counterpart.” – Jay Baruchel

“I’m a massive movie nerd. That being said, I could retire tomorrow because I wrote this movie ‘Goon’ and it came out, and it connected and it’s a wonderful flick that I think is beautiful and then it had this wonderful life and it means a lot to a lot of people.” – Jay Baruchel

Now that you know all about Jay Baruchel’s net worth, and how he achieved success; let’s take a look at some of the strongest lessons we can learn from him:

Learn how to listen. Most people just wait for their turn to talk.

Get out of bed when it’s absolutely the last thing you feel like doing.

Figure out a few things that you do really well, and strive to master them.

How much is Jay Baruchel worth?

Jay Baruchel’s net worth is estimated to be $6 Million.

How old is Jay Baruchel?

How tall is Jay Baruchel?

Jay Baruchel is best known for playing important roles in movies like ‘She’s Out of My League,’ ‘This Is the End,’ and ‘Knocked Up.’

Over the years, he has played many comic roles that have resonated well with his real-life personality. Apart from acting, Baruchel has also established himself as a writer, producer, and director.

As of December 2022, Jay Baruchel’s net worth is estimated to be roughly $6 Million.

What do you think about Jay Baruchel’s net worth? Leave a comment below.