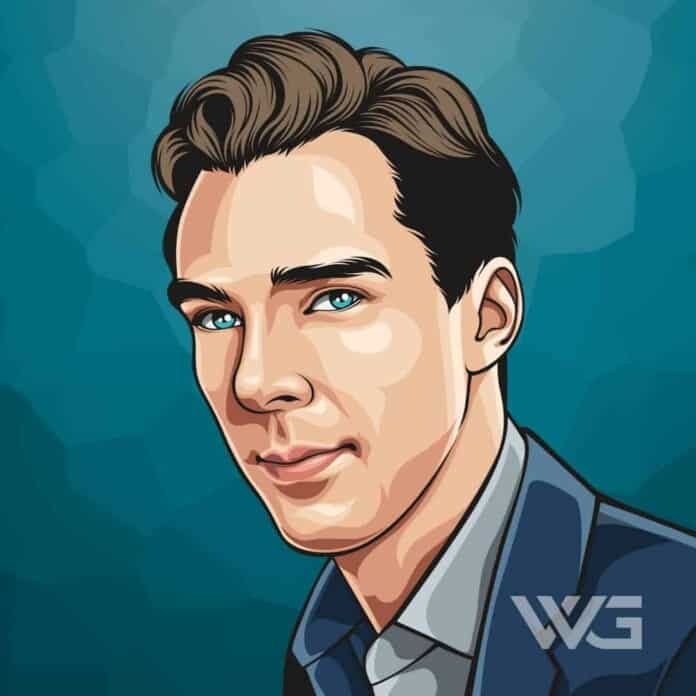 What is Benedict Cumberbatch’s net worth?

As of February 2023, Benedict Cumberbatch’s net worth is $40 Million.

Benedict Timothy Carlton Cumberbatch is an English actor from London.

He first performed at the Open Air Theatre, Regent’s Park in Shakespearean productions and made his West End debut in Richard Eyre’s revival of Hedda Gabler in 2005.

Since then he has starred in the Royal National Theatre productions After the Dance (2010) and Frankenstein (2011). In 2015, he played William Shakespeare’s Hamlet at the Barbican Theatre.

Benedict Timothy Carlton Cumberbatch was born on the 19th of July, 1976, in London. He received his education from Brambletye School in West Sussex and from Harrow School

He was an arts scholar at the Harrow School and was a member of The Rattigan Society, which was the foremost club of dramatic arts in his school at the time.

Cumberbatch began his career in 2002 when he appeared on the TV show ‘Tipping the Velvet’. He then played the role of Edward Han’ on the TV show ‘Cambridge Spies’, in 2003.

He was selected to play the role of Stephen Hawking in the hit TV series ‘Hawking’. Benedict was nominated for the ‘BAFTA TV Award for Best Actor’ for his performance as ‘Stephen Hawking’.

In 2007, Benedict Cumberbatch starred alongside ‘Tom Hardy’ in the TV adaptation of ‘Stuart: A Life Backwards’. The show aired on BBC in September 2007.

In 2012, Benedict Cumberbatch was cast in the BBC and HBO co-produced miniseries ‘Parade’s End’. The miniseries was filmed in just 5 episodes and was directed by ‘Susana White’.

His performance in the miniseries earned Benedict Cumberbatch his second nomination for an ‘Emmy Award’ for the ‘Best Actor in a Miniseries or TV movie’.

As of this year, he starred alongside Chris Evans and Chris Hemsworth in the last Avenger movie ‘Avengers: The End Game’.

As of February 2023, Benedict Cumberbatch’s net worth is $40 Million.

Here are some of the best highlights of Benedict Cumberbatch’s career:

“We have a lot more unlikely heroes now. It’s not just the guy with guns—it’s the guy with brains.” – Benedict Cumberbatch

“I’m not very geeky. I’m quite homespun. I would say I’m more modern rustic than gadget-orientated, and I like woolen things and log fires and whiskey.” – Benedict Cumberbatch

“Our daily lives are so mundane, we get taken over by what is immediately in front of us and we don’t see beyond that.” – Benedict Cumberbatch

“I’m a Prince of Wales Trust ambassador, so I’m all about giving youth an education, a voice and a chance to not take the wrong road.” – Benedict Cumberbatch

Now that you know all about Benedict Cumberbatch’s net worth, and how he achieved success; let’s take a look at some of the strongest lessons that we can learn from him:

We are social creatures. Life is about people and relationships. Now ask yourself, would you rather hang out with an egomaniac or someone that puts your needs first? The answer is easy.

Life is a team sport. The more great people you surround yourself with, the more you will achieve. Teamwork is about coming together to achieve a common goal. But having a team is not enough. How the team feels towards one another determines the level of success.

We all need breaks in life. It could be a mentor giving you guidance. Achievement is not always about what you do. It starts with the help you get along the way. The more humble you are, the more likely that help will come to you.

How much is Benedict Cumberbatch worth?

Benedict Cumberbatch’s net worth is estimated to be $40 Million.

How old is Benedict Cumberbatch?

How tall is Benedict Cumberbatch?

As of February 2023, Benedict Cumberbatch’s net worth is estimated to be roughly $40 Million.

What do you think about Benedict Cumberbatch’s net worth? Leave a comment below.