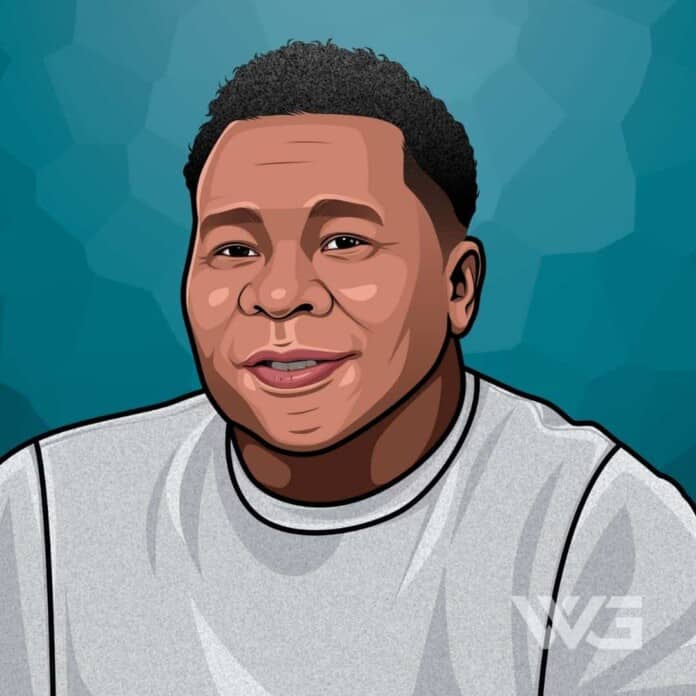 What is Mannie Fresh’s net worth?

Mannie Fresh is an American DJ and rapper.

Fresh is best known for his productions on Cash Money Records. He is also known for being part of the hip-hop duo the Big Tymers.

Fresh produced most of the songs on 17 multi-platinum and gold albums for Cash Money from 1998 to 2004 before he left the label. Fresh also was their only producer when the company started in 1991-1992.

Thomas was influenced by his father, DJ Sabu. He became a DJ for New Orleans hip hop crew New York Incorporated in 1984.

They dropped their album together ‘Throwdown’ in 1987. Fresh produced, and MC Gregory D was rapping.

MC Gregory and Fresh would release more records together in the late 1980s and early 1990s.

After their last album in 1993, Fresh met Bryan Williams. Williams allowed him to become the in-house producer of his record label Cash Money Records.

With Williams’s help, Fresh made chart-topping albums for the Hot Boys, which was composed of Lil Wayne, B.G., Juvenile, and Turk, producing all of the group’s albums.

He also produced all tracks on the members’ solo works as well.

Fresh later formed the Big Tymers along with Williams. This brought Mannie Fresh and Birdman fame, and he released five albums.

In 2004, Fresh released his debut solo album ‘The Mind of Mannie Fresh.’

The album consisted of 3+ tracks and featured the single ‘Real Big’ that featured on the Billboard Hot 100. The following year, he split from Cash Money for financial reasons and later joined Def Jam South.

Fresh dropped his second solo album ‘Return of the Ballin’, in 2009. The album was entirely produced by Fresh himself and featured prominent guests, Rick Ross and Lil Jon.

How Does Mannie Fresh Spend His Money?

Fresh has some impressive cars in his garage. Some of his most notable purchases include a 1965 Ford Mustang and a 1956 Chevrolet Corvette.

Here are some of the best highlights of Mannie Fresh’s career:

“With Dr. Dre, he’s a perfectionist. A lot of people ask why ‘Detox’ is taking so long. It’s because Dre is somebody that is trying to top what he’s done. Will he do it? I don’t know if he ever will, but I respect that he’s trying to do so. You have to wait for a masterpiece.” – Mannie Fresh

“I’m really working hard at regaining Mannie Fresh as a household name. What the long road means is if I gotta go city to city, town to town or whatever it is, that’s what I gotta do.” – Mannie Fresh

“With Hurricane Katrina and all that kind of stuff happening, you needed somebody to rally for your city, to tell that story. Since Hurricane Katrina, we didn’t really have nobody that said, ‘I’m gonna tell New Orleans’ story, and I’m gonna stick to New Orleans.” – Mannie Fresh

“You had Cash Money: that was just the flashy dudes. As I said, you had different genres of rap, and we were just one of them.  What makes it all confusing – and this is where it’s the gift and the curse – we never set out for hip-hop to turn into just something flashy. That was just our thing. It wasn’t everybody’s thing.” – Mannie Fresh

“To have Run-DMC acknowledge you, something like that, you’re like, ‘Oh, I’m that dude.’ To have Jay-Z do a verse, you that dude. To have Jay-Z shout you out in an intro, you’re that dude. Nobody can take that from you.” – Mannie Fresh

“A lot of artists are scared when they see trumpet players show up – they like, ‘Nah, that ain’t what I want.’ I try to tell them, ‘Dude, I’ll give you trademark Mannie Fresh, but it’s not about keyboards and a drum machine.” – Mannie Fresh

Now that you know all about Mannie Fresh’s net worth and how he achieved success; let’s take a look at some of the lessons we can learn from him:

With time, everything changes. Fresh knows this since he has stated that he’s not the same person he used to be.

It’s weird being a DJ, and you have a playlist of your own songs that you could hold down for an hour.

There’s been enough building of fences with labels trying to categorize artists, limiting artists’ ability to be themselves.

How much is Mannie Fresh worth?

Mannie Fresh’s net worth is estimated to be $15 Million.

How old is Mannie Fresh?

How tall is Mannie Fresh?

Mannie Fresh is an American producer and rapper who was born in Louisiana.

Fresh rose to fame as the house DJ for New Orleans-based Money Records.

Throughout his career, Fresh has produced tracks for artists like Juvenile, Turk, Lil Wayne, and many more.

Fresh has produced two solo studio albums, ‘The Mind of Mannie Fresh” and ‘Return of the Ballin’.

What do you think about Mannie Fresh’s net worth? Leave a comment below.