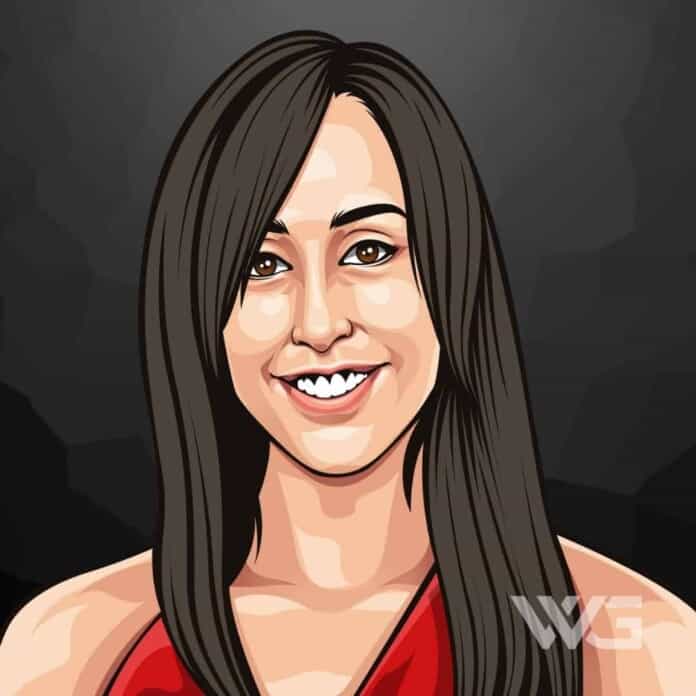 What is Catherine Reitman’s net worth?

As of February 2023, Cathrine Reitman’s net worth is roughly $1.3 Million.

Catherine Reitman is an American-Canadian actress, producer, and writer from Los Angeles. She is the creator, executive producer, writer, and star of the CBC comedy series ‘Workin’ Moms’.

Cathrine Reitman was born on the 28th of April, 1981, in Los Angeles, California. Reitman is the daughter of French-Canadian actress Geneviève Robert and Slovak-born Canadian film director Ivan Reitman.

Her father is from a Jewish family and her mother converted to Judaism. She attended the Cate School and majored in acting at the University of Southern California.

In January 2011, Reitman launched ‘Breakin’ It Down with Catherine Reitman’, a film review web show on YouTube, which ended in 2013. She occasionally filled in for Kevin Smith as a guest co-host with Ralph Garman on their podcast, ‘Hollywood Babble-On’.

She is the creator, executive producer, writer, and star of ‘Workin Moms’, starring alongside Sternberg. In addition, Reitman has directed several episodes in each of the series’ seasons.

Here are some of the best highlights of Catherine Reitman’s career:

“We should go after our dreams and not be apologetic about it, but it’s scary. Whether you want to work or not, you have to do what makes you a fuller person. You have to love yourself.” – Catherine Reitman

“All of these guys who went through rehab have done so much therapy and so much work on themselves that they’re totally open to talking about anything because they’ve done a lot of healing. You have to respect that.” – Catherine Reitman

“I went back to work about six weeks after I gave birth, which was crazy early, and experienced some pretty bad postpartum depression but didn’t know it at the time.” – Catherine Reitman

“I really enjoy working. The idea that I would have a baby and stop doing that was unrealistic to me.” – Catherine Reitman

“There’s an identity crisis – a lot of us become mothers, and all of a sudden, we’re expected to become these selfless people. That’s not a really natural process. That, for me, never felt organic.” – Catherine Reitman

Now that you know all about Catherine Reitman’s net worth, and how she achieved success; let’s take a look at some of the best lessons we can learn from her:

1. Pick the Right People In Your Life

Avoid those who seek friends in order to maintain a certain social status or to open doors they would not otherwise be able to approach.

Only if you are possible, everything will be possible.

If experience is the best teacher, there’s nothing that comes close to the experience of life.

How much is Catherine Reitman worth?

Catherine Reitman’s net worth is estimated to be $1.3 Million.

How old is Catherine Reitman?

How tall is Catherine Reitman?

Catherine Reitman is a fantastic actress who has worked with some of the best actors in the film industry such as Seth Rogen, Jason Segel, and Paul Rudd.

As of February 2023, Catherine Reitman’s net worth is estimated to be $1.3 Million.

What do you think about Catherine Reitman’s net worth? Leave a comment below.