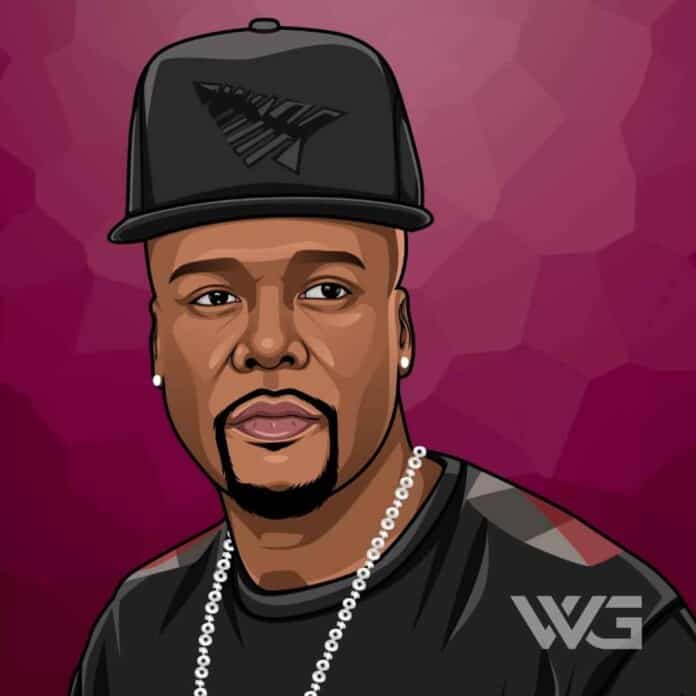 What is Memphis Bleek’s net worth?

Memphis Bleek is a rapper and songwriter.

Bleek is a record executive as well, and he has serves as the hype man for Jay-Z. He started his own labels: Get Low Records and Warehouse Music Group in 2016. His music has sold millions of copies, and they have all reached the top charts.

As of November 2022, Memphis Bleek’s net worth is estimated to be roughly $200 Thousand.

Cox was raised in Marcy Projects. That is the same neighborhood that Jay-Z is from.

Cox made his solo debut in 1999 with ‘Coming of Age.’ While his debut got a lot of attention, he was still not available to capitalize on the hype surrounding his debut.

Bleek was seen as a protege to Jay-Z. He was one of the first artists to sign with Roc-A-Fella Records. He soon began to appear on Jay-Z albums such as ‘Reasonable Doubt,’ ‘The Dynasty: Roc La Familia,’ and ‘The Blueprint 2: The Gift & The Curse.’

He then went on to release three more albums starting with ‘The Understanding.’ It received Gold status. Upon his return, he dropped ‘5ths 43’, which features Rihanna and Jay-Z.

His most notable track is ‘Is That Yo Chick.’ It featured Missy Elliott and Jay-Z, and it peaked high on the charts. Over the course of the next years, he worked with other artists such as DMX, Ja Rule, T.I., Trick Daddy, Beanie Sigel, Young Gunz, and many others.

In 2005, Bleek worked on another album called ‘The Process,’ which was never released. Bleek signed to Mass Appeal Entertainment, leaving Roc-A-Fella Records.

As of November 2022, Memphis Bleek’s net worth is estimated to be roughly $200 Thousand.

Here are some of the best highlights of Memphis Bleek’s career:

“I really don’t know too much about the Internet world. I’m brand new to it myself. I don’t have Pandora, and I don’t have Spotify, but you know that I’ve got Tidal because I’m riding for my crew. I think, because Jay Z’s behind it, the expectations are high.” – Memphis Bleek

“Honestly, when I get my next check, I can break down who pays more or whatever. Tidal is new, so I haven’t received a check from Tidal yet. But, unless you’re a label owner, who really knows what the artist gets? The artist is never really going to find out any of that information.” – Memphis Bleek

“Definitely. The music game is all about touring now. It’s all about putting out singles. Albums really don’t sell that much, but that doesn’t mean that people don’t have the album. They’re available for free on all of these torrent sites that everyone’s on.” – Memphis Bleek

“I’ve got to get back in the ring and put my gloves back on and get back to the fight. That’s what I’m doing with this first single. I’ve got my own label, Warehouse Music. We’ve got an artist from Barbados. We’ve got King A1 from Dade County.” – Memphis Bleek

“I’ve got this group out of Ireland too. We’re all spread over. We’re also working on some production in Helsinki, Finland, was an artist over there named Mikael Gabriel. We’re making moves and doing this international thing.” – Memphis Bleek

“And that’s when I knew, that day, I gotta get in. Whatever they doin’, I gotta f*ckin’ get in! Yo, my moms. I used to get punishment for hanging with Hov and them. ‘Yo, what are you doin’ around them? They grown men! You ain’t supposed to be over there! Get in the crib!’” – Memphis Bleek

Now that you know all about Memphis Bleek’s net worth and how he achieved success; let’s take a look at some of the best lessons we can learn from him:

Don’t show yourself weak, be tough.

Always be grateful for what you have.

Always make progress. If you don’t grow, what is the point?

How much is Memphis Bleek worth?

Memphis Bleek’s net worth is estimated to be $200 Thousand.

How old is Memphis Bleek?

How tall is Memphis Bleek?

Memphis Bleek is an American rapper. Bleek is best known as the “hype man”.

He started his own record labels Get Low Records and Warehouse Music Group. Throughout his career, he has released four albums over the course of his career. Two of these albums have revived Gold certification.

Memphis Bleek’s net worth is estimated to be roughly $200 Thousand.

What do you think about Memphis Bleek’s net worth? Leave a comment below.

What is Mikaela Shiffrin's net worth? Introduction Mikaela Pauline Shiffrin is...