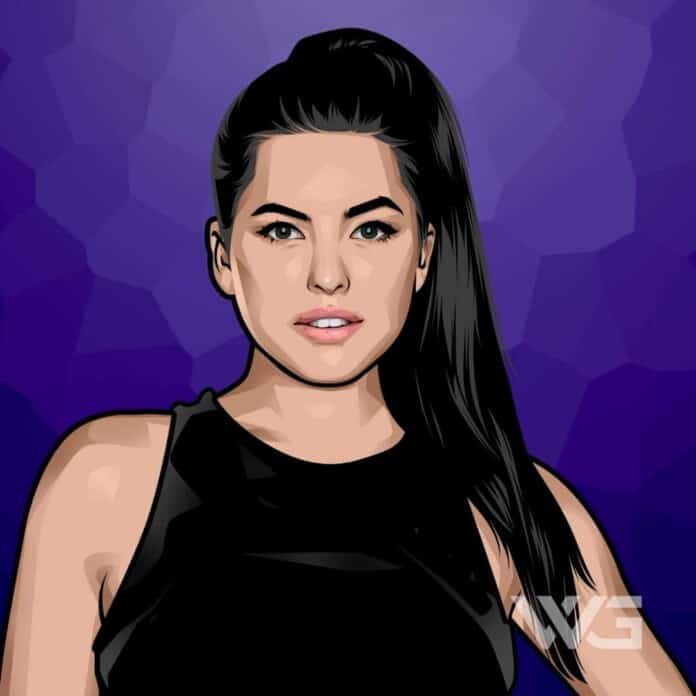 What is Miss K8’s net worth?

Miss K8 is a DJ from Kyiv, Ukraine.

Kateryna Kremko was born in Kyiv, Ukraine, and has been passionate about hard EDM since she first listened to music.

The first day she saw deejays play, perform and interact in the Kyiev clubs, she chose her path, and she instantly knew the stage was her domain.

As time passed, she noticed that she got more and more attracted to the energetic & rough side of complex dance music.

K8 released her debut single in 2012 titled ‘Unforgettable,’ which was released on the Masters of Hardcore record label. Her debut ‘Divide & Conquer’ EP, which is a collaboration with Angerfist was released at the end of the year.

Her debut studio album ‘MAGNET’ was released on the 26th of March 2016 alongside the annual Masters of Hardcore event, held in the Brabanthallen in ‘s-Hertogenbosch, The Netherlands.

She has performed at large Hardcore music festivals such as Masters of Hardcore, Dominator, SYNDICATE, Defqon.1, Decibel Outdoor Festival, and more.

And in 2018, she received the #1 award for her track ‘Out of the Frame’ made together with Danny Masseling in the Masters of Hardcore Top 100.

Here are the best highlights of Miss K8’s career:

“If you play at a big festival as a woman, there’s always someone to say: ‘You just play there because you look good or because you’re a woman.’ They’re commenting on Instagram the equipment was turned off, and I didn’t play live. As a woman, you have to work as double as hard to prove yourself in this genre. It’s important to prove yourself as a DJ. That’s how you build a dedicated fanbase.” – Miss K8

“It all started in my hometown Kyiv (Ukraine). I had been interested in DJing for some time, and after a while, I decided to rent time in a DJ studio and start practicing. I was working on my DJ skills and was recording mixes, since I didn’t have my equipment.” – Miss K8

“Yes. My love for hard music started with hard techno many years ago. Later I moved more to industrial hardcore and eventually to the general hardcore sound. I used to organize events in Ukraine and tried to make harder styles of music more popular in my country.” – Miss K8

“I just came back from Santiago, Chile. It was great to revisit this country. Before that, I played in India, Vietnam, Colombia, Australia, and Canada. Hardcore is becoming a worldwide style of music.” – Miss K8

“It’s always interesting to see the crowd’s response. I was absolutely in love with the Colombian crowd when I played in Bogotá last year.” – Miss K8

Now that you know all about Miss K8’s net worth and how he achieved success; let’s take a look at some of the best lessons that we can learn from her:

Emotional self-control is the result of hard work, not an inherent skill.

Nothing in life is to be feared. It is only to be understood. Now is the time to understand more so that we may fear less.

Some people want it to happen. Some wish it would happen. Others make it happen.

How much is Miss K8 worth?

How tall is Miss K8?

Miss K8’s drive and sonic skill got picked up by local Kyiv deejays, and soon, Miss K8 started to perform in small underground clubs in Kyiv.

She has proved that persistence, devotion, power, and purity lead to international hardcore stardom and her #1 position as a female artist.

What do you think about Miss K8’s net worth? Leave a comment below.

Jody Scheckter took his love of driving and earned a fortune by winning the Formula 1 Championship to become a multi-millionaire.