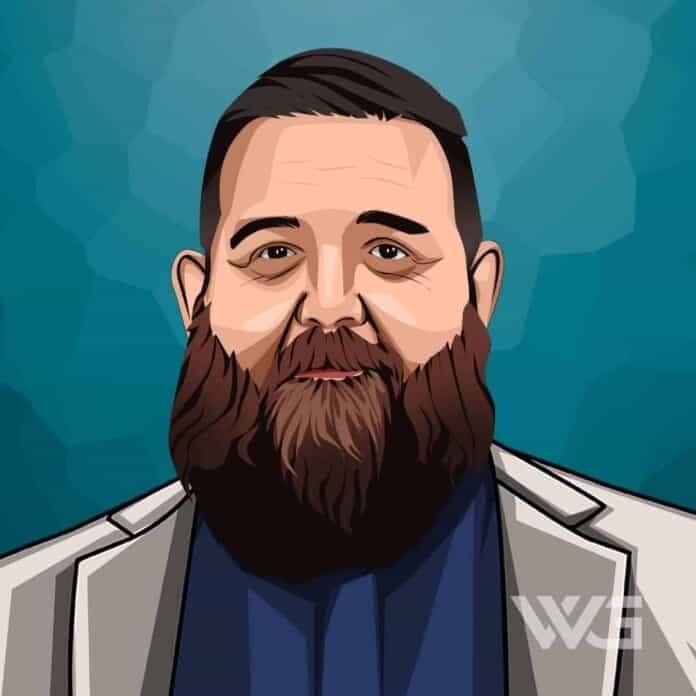 What is Nick Frost’s net worth?

Nick Frost is an English actor, comedian, screenwriter, producer, and author from London.

He is best known for appearing in the Three Flavours Cornetto trilogy of films, consisting of ‘Shaun of the Dead’, ‘Hot Fuzz’, and ‘The World’s End’, and the television comedy ‘Spaced’.

Nicholas John Frost was born on the 28th of March, 1972, in Dagenham, London.

Frost is the son of Tricia and John Frost, office furniture designers.When he was ten, his sister died of an asthma attack, aged 18.

When Frost was 15 years old his parent’s business failed and they lost the family home. They moved in with neighbors where he witnessed his mother having a stroke due to the stress.

In 2001, Frost played a small role in a one-off episode of Victoria Wood’s ‘Acorn Antiques’.

This was a specially written episode shown during the series called “The Sketch Show Story” that Victoria narrated, in which Frost played an armed robber who shot dead Acorn Antiques’ most lovable character, Mrs. Overall.

The following year, Frost wrote and presented the show Danger! 50,000 Volts!, a spoof of the outdoors survival genre in which military experts demonstrate how to improvise solutions to dangerous problems.

Frost played the role of Andy Knightley in the third Pegg-Wright feature film called ‘The World’s End’ in 2013. In 2014, he played the eponymous character in the Sky Atlantic comedy, Mr. Sloane.

Here are some of the best highlights of Nick Frost’s career:

“And remember, the people that you’ve seen here tonight are professionals, so please don’t try any of this at home, because you are ugly and hung like a hamster.” – Nick Frost

“In 1994 while on weekend maneuvers in France, I commandeered a Chieftain tank without permission of my immediate superiors. I then attempted to invade Paris. However, en route, I stopped off at Disneyland, or Eurodisney as it was then called, and was subsequently apprehended on Space Mountain.” – Nick Frost

“In the early 2000s, I was introduced to the noble art of kickboxing, it thrilled me, and I loved it. I loved the honor and the discipline, and I also loved the punching.” – Nick Frost

“I’m so thrilled to have been asked to guest in the Doctor Who Christmas Special, I’m such a fan of the show. The read-through was very difficult for me; I wanted to keep stuffing my fingers into my ears and scream ‘No spoilers!’ Every day on set I’ve had to silence my internal fan-boy squeals!” – Nick Frost

“I always think I could play a fantastic psychopath. I’d like to play a psycho. With a heart, you know. A caring lunatic.” – Nick Frost

Now that you know all about Nick Frost’s net worth, and how he achieved success; let’s take a look at some of the best lessons we can learn from him:

Things are challenging now, but it does not mean that this will be the norm. Take heart. Carry your enthusiasm in all the work that you do.

2. Most Of The World Is Mediocre

Many things in this world — experiences, products, work ethics — are mediocre. Most people play to this norm. Do not allow yourself to be sucked into mediocrity. Rise above it.

In anything you do, make sure to pour your heart and soul into it. Give everything your best shot. 100% effort.

How much is Nick Frost worth?

Nick Frost’s net worth is estimated to be $16 Million.

How old is Nick Frost?

How tall is Nick Frost?

Nick Frost is a British comedian, actor, writer and producer who has earned his net worth the old-fashioned way: By playing fat dopes on TV and in movies.

As of December 2022, Nick Frost’s net worth is estimated to be roughly $16 Million.

What do you think about Nick Frost’s net worth? Leave a comment below.