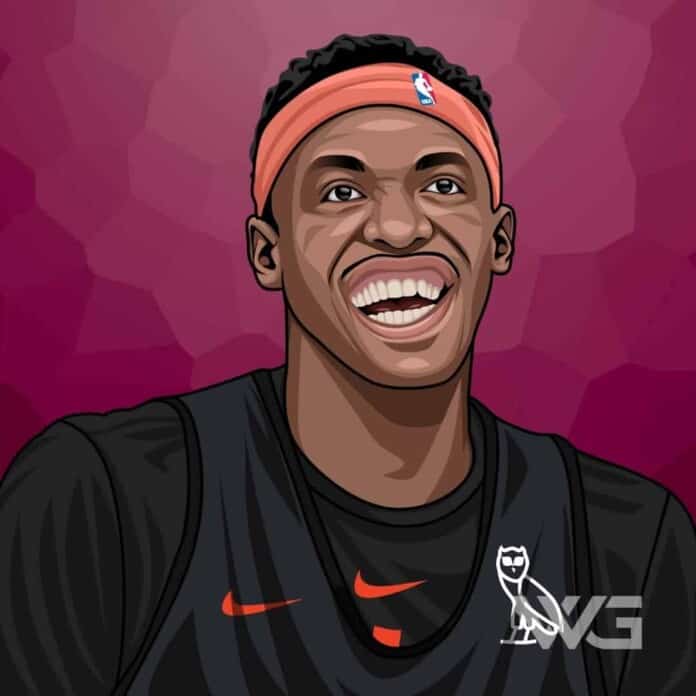 What is Pascal Siakam’s net worth?

Pascal Siakam is a Cameroonian professional basketball player for the Toronto Raptors of the NBA.

Siakam played college basketball for the New Mexico State Aggies and was named the Western Athletic Conference Player of the Year in 2016.

As of January 2023, Pascal Siakam’s net worth is estimated to be $30 Million.

Pascal Siakam was born on the 2nd of April, 1994, in Douala, Cameroon.

Siakam is the son of Tchamo and Victorie Siakam as the youngest of four brothers.

Pascal was initially planned to become a Catholic priest but had grown to love the game of basketball. Siakam was discovered as a player by Luc Mbah a Moute at a local Basketball Without Borders camp.

In 2016, Siakam was selected by the Toronto Raptors with the 27th overall pick in the 2016 NBA draft. On July 9, 2016, he signed his rookie scale contract with the Raptors. On October 26, 2016, Siakam became the first Toronto rookie to start a season opener since Jonas Valančiūnas in 2012.

Siakam started at power forward in all 34 games to start the 2016–17 season before being replaced in the starting line-up by Lucas Nogueira on January 5, 2017. During his rookie season, Siakam received multiple assignments to Raptors 905, Toronto’s D-League affiliate.

In April 2017, he helped Raptors 905 win the NBA Development League Championship. They defeated the Rio Grande Valley Vipers 2–1, as Siakam averaged 23.0 points and 9.0 rebounds in the series.

Here are some of the best highlights of Pascal Siakam’s career:

“It’s amazing and it just proves that if you put the work in, man, and it’s something that it’s so cliche, but that’s the story of my life.” – Pascal Siakam

“It just proves that if you put the work in, man, and it’s something that it’s so cliche most of the time, but that’s the story of my life, just going out there every single night, working hard to get to this level, and knowing that I have so much to learn and I have so much room to improve and grow.” – Pascal Siakam

Now that you know all about Pascal Siakam’s net worth, and how he achieved success; let’s take a look at some of the lessons we can learn from him:

Concentrate all your thoughts upon the work in hand. The sun’s rays do not burn until brought to a focus.

Either you run the day or the day runs you.

Opportunity is missed by most people because it is dressed in overalls and looks like work.

How much is Pascal Siakam worth?

Pascal Siakam’s net worth is estimated to be $30 Million.

How old is Pascal Siakam?

How tall is Pascal Siakam?

What do you think about Pascal Siakam’s net worth? Leave a comment below.