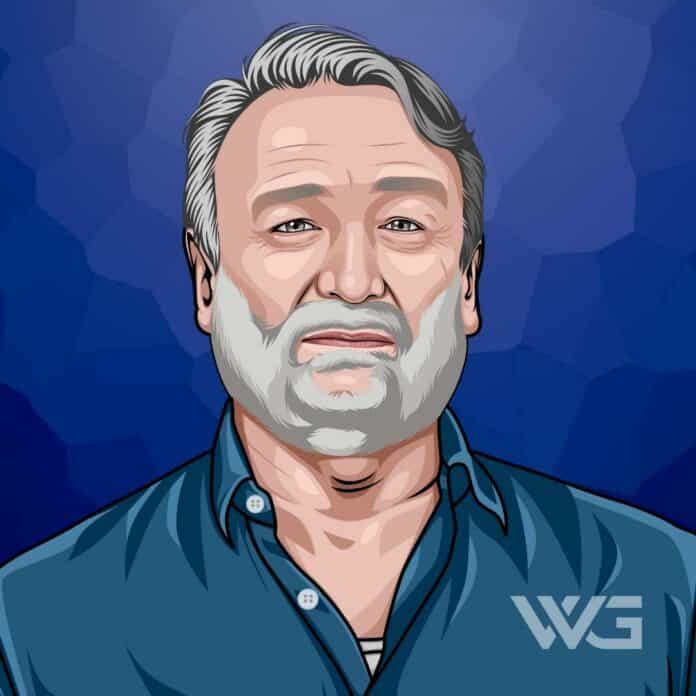 What is Peter Hook’s net worth?

Hook helped shape the post-punk fusion of rock and electronic music using keyboards and synthesizers, known for adapting the bass guitar into a lead instrument.

Peter Hook, whose original name is Peter Woodhead, was born February 13, 1956, in Broughton, Salford, the UK, to parents Irene and John Woodhead.

In 1959, when he was three years old, his parents divorced, leaving Peter to be raised by his grandmother, Alicia Acton, along with his brother Christopher.

His mother remarried Ernest William Hook in 1962, with Peter adopting his surname while attending Salford Grammar School, where he was given the nickname “Hooky”.

Peter Hook’s professional music career took off with the formation of the band Joy Division in 1976, which he co-founded along with Bernard Summer after attending a Sex Pistols concert.

Featuring lead singer Ian Curtis and Stephen Morris on drums, Joy Division enjoyed a string of hits through Factory Records until the tragic death of Curtis in 1980.

Inspired by Kraftwerk, the band successfully fused rock and electro and earned a reputation as one of the most iconic British bands of the era.

Many hit movies have used music from New Order and Joy Division, with the New Order track Blue Monday featuring in the Adam Sandler comedy, The Wedding Singer.

The Joy Division song, Atmosphere, was used on one of the best Netflix series, Stranger Things.

The same track also featured on an episode of the Tom Hardy and Cillian Murphy series, Peaky Blinders.

Peter Hook’s life and experiences have been the subject of two major movies, the 2004 Steve Coogan film, 24 Hour Party People, and the biopic Control, released in 2007.

Peter Hook’s salary information isn’t publicly available, although there are estimates of his annual earnings from royalties, book sales, and other revenue streams.

Some sources indicate an annual income of between $1.8 million and $2 million, with much of this coming from continuing sales of Joy Division and New Order albums.

Hook will also earn income from the licensing of his tracks in movies and television shows, as well as revenue from his current band projects.

While Peter Hook’s net worth falls short when compared to some of the richest rockstars in the world, he has still enjoyed a degree of wealth and fame over his career.

Throughout the 1980s and 1990s, Hook’s overall net worth has seen a considerable increase thanks to the success of New Order and Joy Division.

With ongoing projects ranging from autobiographical books, Peter Hook’s net worth will likely increase as his career develops.

Peter Hook’s first marriage was to Iris Bates, with whom he has two children, son Jack and daughter Heather.

His son Jack toured with the band The Smashing Pumpkins in 2015 and 2018, following in his father’s footsteps and playing the bass guitar.

Through his official Instagram account, Peter Hook keeps his fans informed about the latest tours and releases for his band, Peter Hook and the Light.

With his involvement in two of the biggest bands that emerged from the UK in the 1980s, Peter Hook received many awards and nominations.

His work with New Order, in particular, saw him and his fellow band members take to the stage at various award ceremonies and music industry events.

Here are some of the most notable awards and honors from Peter Hook’s career:

With Peter Hook continuing to work with many bands and his own musical projects, we can expect him to receive more accolades and awards in the future.

How Does Peter Hook Spend His Money?

Peter Hook has spoken about his lifestyle in various interviews, once stating that he only flies business class while recalling his early caravan holidays.

He lives with his wife in Alderley Edge near Manchester and spends half the year at his Port Andratx, Majorca residence.

His Majorca residence is notable for including one of the richest soccer players in the world, David Beckham, as one of his neighbors.

Peter Hook has experienced great success throughout his career, beginning with his work with Joy Division and continuing through to recent collaborations with Gorillaz.

He’s redefined what can be achieved with a bass guitar with his signature heavy chorus effect and working on Hacienda acid house classics.

Here are some of the best highlights of Peter Hook’s career:

Peter Hook’s experiences with two of England’s legendary bands, as well as his other collaborations, gives him a unique insight into the music industry and creative process.

He’s proven himself to be a versatile and adaptable musician, inspiring guitarists around the world with his innovative sound and approach to technique.

Here are our favorite quotes from Peter Hook:

Now that you know all about Peter Hook’s net worth, we’ll take a closer look at how his revolutionary playing style and professional career can inspire us to succeed in our own ventures.

Here are some of the best success lessons to learn from Peter Hook:

1. Don’t Let Cheap Equipment Put You Off Being Creative

It can be easy for aspiring musicians to be deterred when faced with substandard equipment that is either cheap or faulty.

Peter Hook’s persistence with his dodgy speaker allowed him to find a workaround that would help define his unique approach to bass playing.

2. Learn To Adapt With The Times And Follow New Trends

With the punk scene stagnating in the UK by the late 1970s and early 1980s, many bands were struggling to stand out from the crowd.

Hook and his fellow band members saw an opportunity to merge rock with electronic music, helping to shape the future of music for years to come.

Peter Hook’s bass playing experience is on par with the very best guitarists in the world, and he’s happy to share his knowledge and wisdom with others.

In 2012, he launched a master’s degree program in Music Industry Management and Promotion to help students gain hands-on experience in the industry.

So there you have it, our comprehensive guide to the career highlights that helped bassist Peter Hook earn his impressive net worth.

Hook continues collaborating with some of the leading rock bands and writing books on his music industry experiences.

We’ll be updating this article to make sure it includes the latest details on his net worth, so make sure you check back again in the future.

What do you think about Peter Hook’s net worth? Leave a comment below.